Just like I promised from my previous post - here are the super cute pictures of my youngest grandson. Matthew's first birthday. 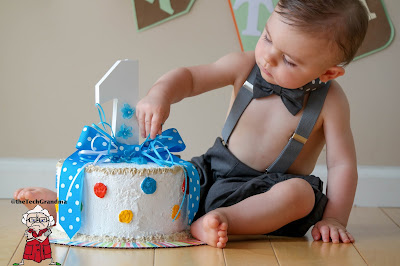 This is the reason why I wanted a fake cake. Here's a link to the blog in case you missed it. To keep the baby clean during the photos. 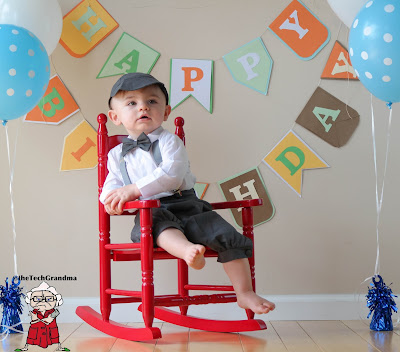 This was done in my living room next to a door wall, so I had light coming in on the left. 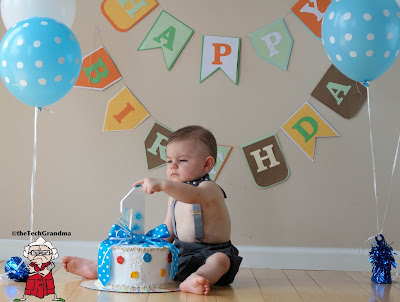 And I used a soft box light on the right. 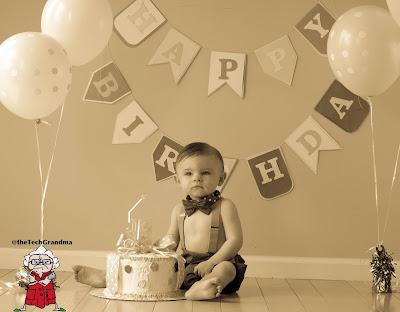 I moved furniture around to get a nice clear shot. Baby First was playing on the TV, which held his attention for some good shots. 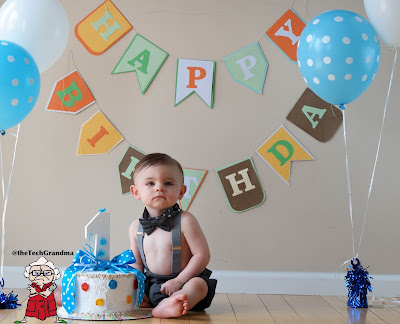 I made the happy birthday banner using my Brother Scan N Cut. It was a project that I downloaded from their site and just followed the directions. It was super easy. 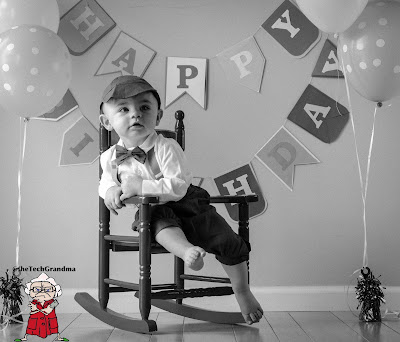 I got the balloons from Party City along with a helium tank that I need for my daughter's wedding. 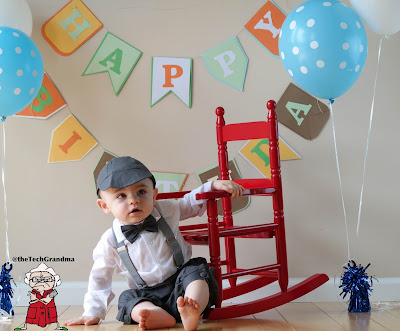 The little chair I ordered from Amazon and I think it's pretty cute! I like how the balloons match the cake ribbon. 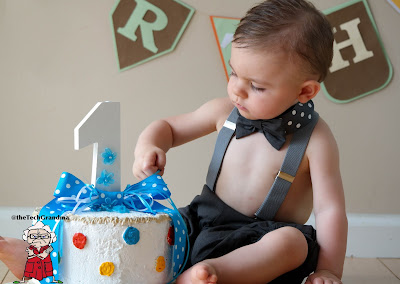 The outfit I ordered online too. For this shot, I took his shirt off to mimic a "smash" picture. I had some ribbon that I attached the bow tie to. It looks okay, but next time I probably would have done a better solution. 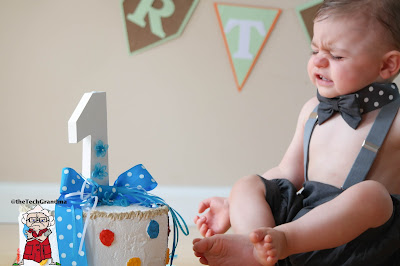 This one is probably my favorite. Real life with a one year old. 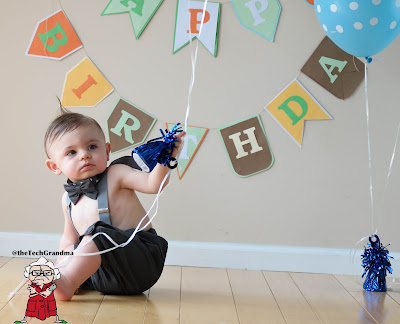 In this shot I put a little strand of hair up to look like Alfalfa from Little Rascals. Ha! It took some time but I got some great shots which will last a lifetime. The bonus is now I have the props for other birthday photos.

Posted by theTechGrandma at 6:28 AM