Matthew's 1st birthday! I can't believe it - the time went by so quickly. I wanted to do pictures, so I ordered a cool vintage outfit for him to wear. I also got a red rocking chair and I wanted to feature a cake. I looked around and thought a fake cake might be a good idea. Something he can't destroy by touching and I could use over and over again. 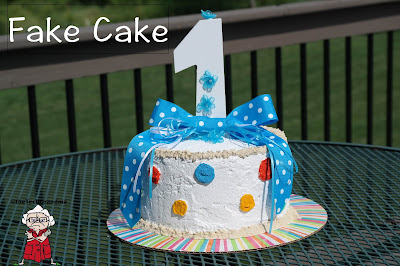 I found some online but they wanted $60. I just too cheap to spend that kind of money, so I started looking at making my own fake cake. 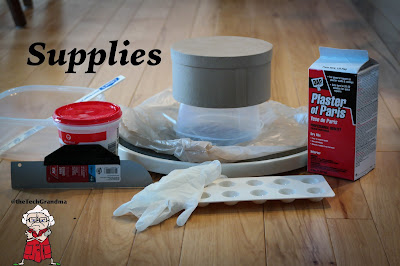 I spent probably $30.00 on supplies and I have enough to make at least 3 different cakes. There's alot here but the main things I used were:

There were other things I used, but these items were the main ingredients. You obviously want to use something to mix the ingredients that can be disposed of. Wear gloves while doing the mixing. 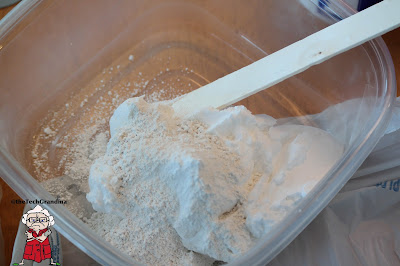 Mix the lightweight spackle. I bought a 1 quart container and used half of that... about 2 cups. The I poured in about a cup of plaster of paris. 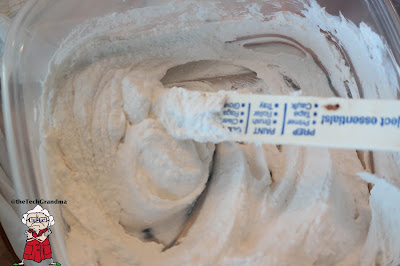 I used a couple a tablespoons of water to get the right consistency. About what icing would feel like. 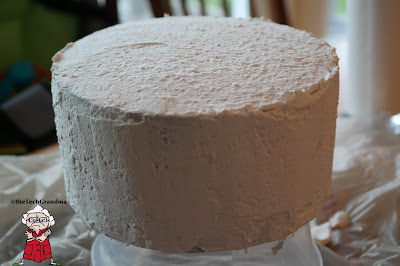 I used another bowl and a lazy susan to prop up the cake and turn it as I was spreading the texture. You need to work fast because it will start to dry in about 10 minutes. Don't spend too much time getting it perfect as it will start to pull off and become to chunky. Get it on the hat box and leave it. 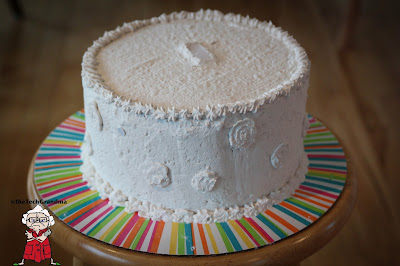 After the cake dries, make up another mixture of spackle and plaster for the piping. The first time I did the piping I used an old piping contraption and I ended up breaking it trying to protect it with plastic bags. I ended up throwing it away and just getting decorating bags.

Once it dried, I hot glued it onto this cool cardboard cake thing. 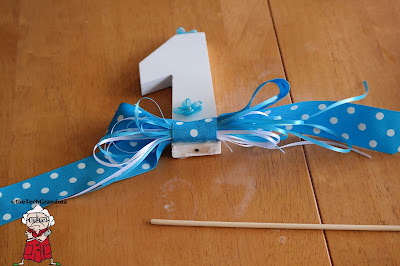 I wanted a topper that I could switch out based on occasion or years of birth. At first I tired Velcro, but it wouldn't stick to the plaster. I tried several times - but it just wouldn't stick. So my husband broke out the power tools. 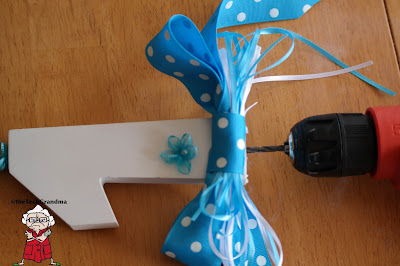 He drilled a hole the size of my dowel into my topper. 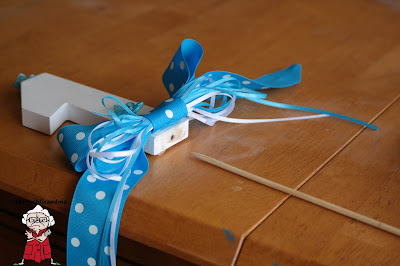 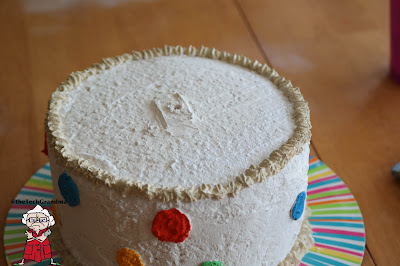 Then he drilled a hole in the cake itself. You can see how it's built up in the middle where I tried spackling in Velcro. 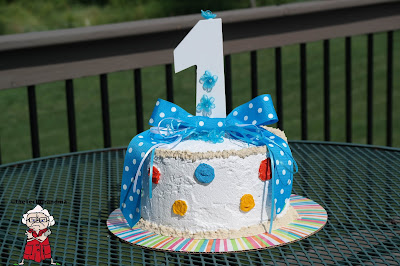 I used some acrylic paint to paint it. I really like the way it turned out - and it's super lightweight. I'd totally do it again and I already have everything I need to do it!

Here's his first birthday pictures with the cake!

Posted by theTechGrandma at 5:31 AM