My daughter Jackie joined a roller derby league this year. She has spent many weeks with other "fresh meat" participating in a fresh meat boot camp. 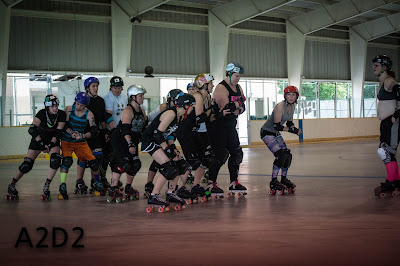 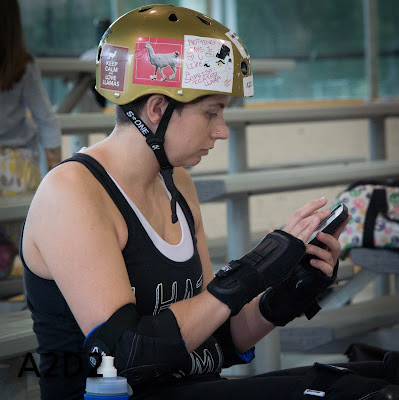 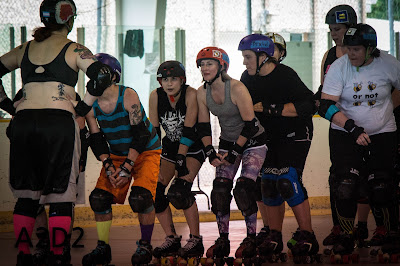 She asked me to come take some action shots of her group. 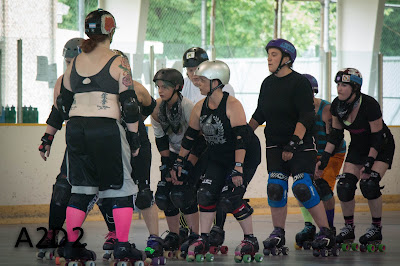 And no one thought that was a bad idea. 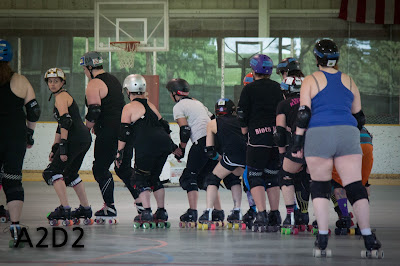 It looked like fun! Until I saw someone fall hard on their hip. 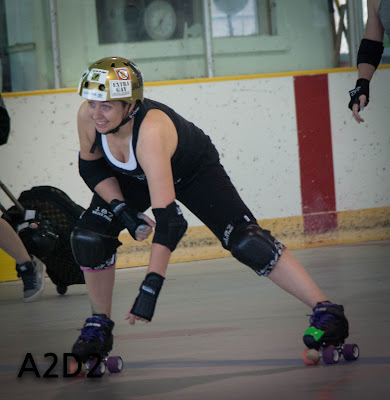 Then I envisioned myself with a walker because of a broken hip. 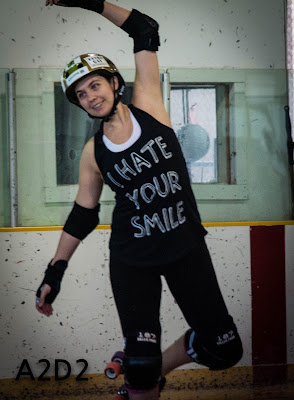 So I'll leave it to the younger crowd. 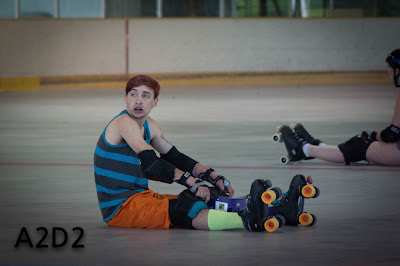 They go through drills every practice, practicing twice a week. 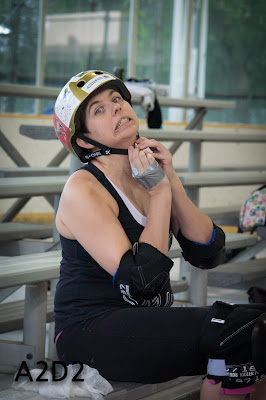 After completing 16 weeks, you have to take a skills test. 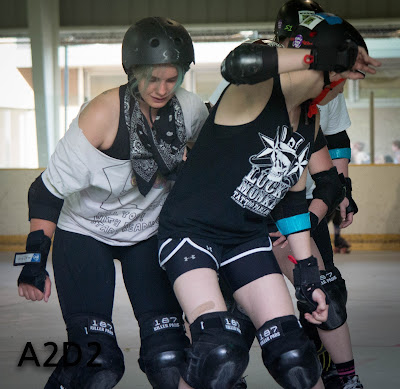 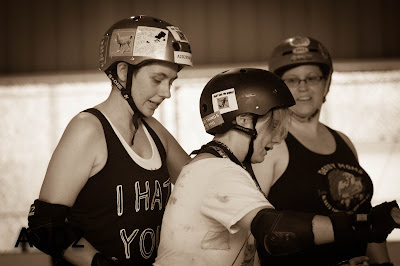 Where you keep practicing until there is a spot you can try out for on a team. 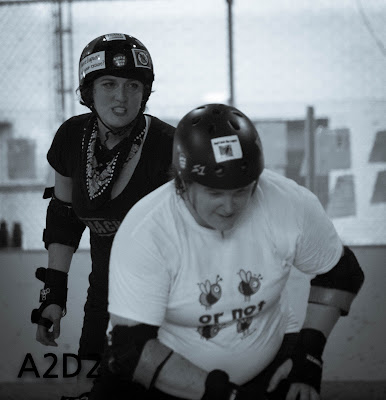 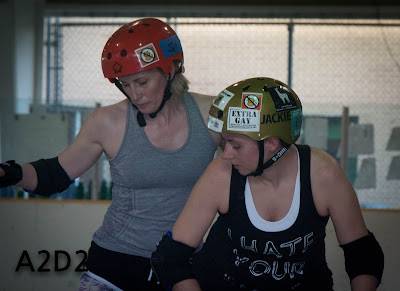 In a match, two teams compete against each other. 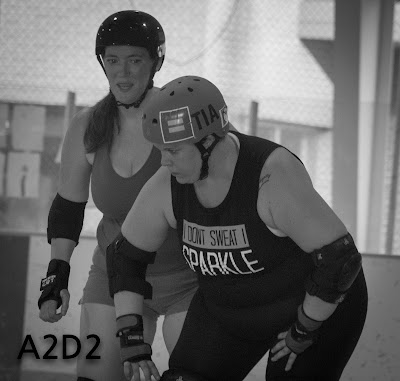 Each team has 5 players on the floor. 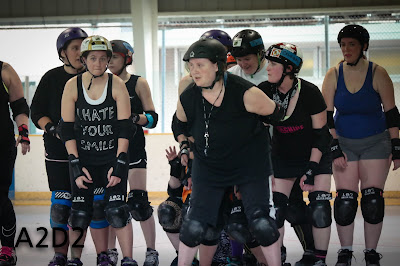 One player is called the "Jammer" 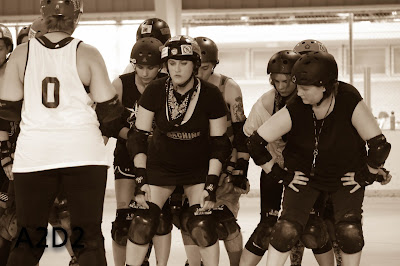 The rest are "Blockers" 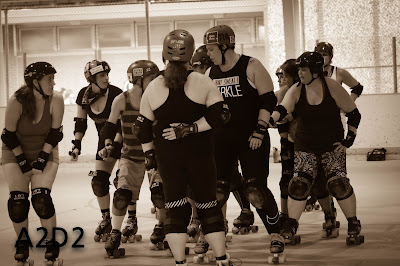 The Jammer earns points by passing players, hitting and body slamming your way through the blockers. 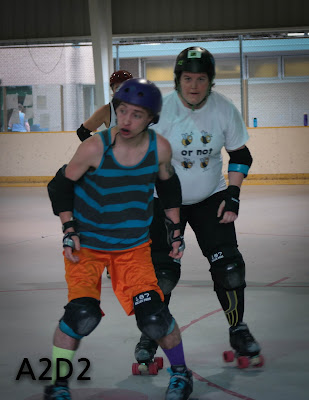 While the blockers keep her getting through the line. 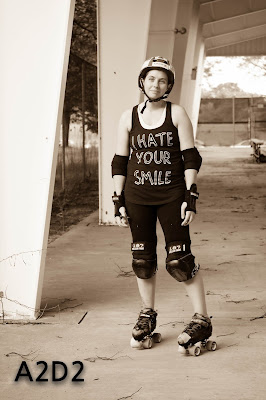 We watched a scrimmage while the fresh meat was doing skills training and it really looked like fun while getting a good workout. Now if they only have pads for the hips - I would be there!

Posted by theTechGrandma at 6:09 PM