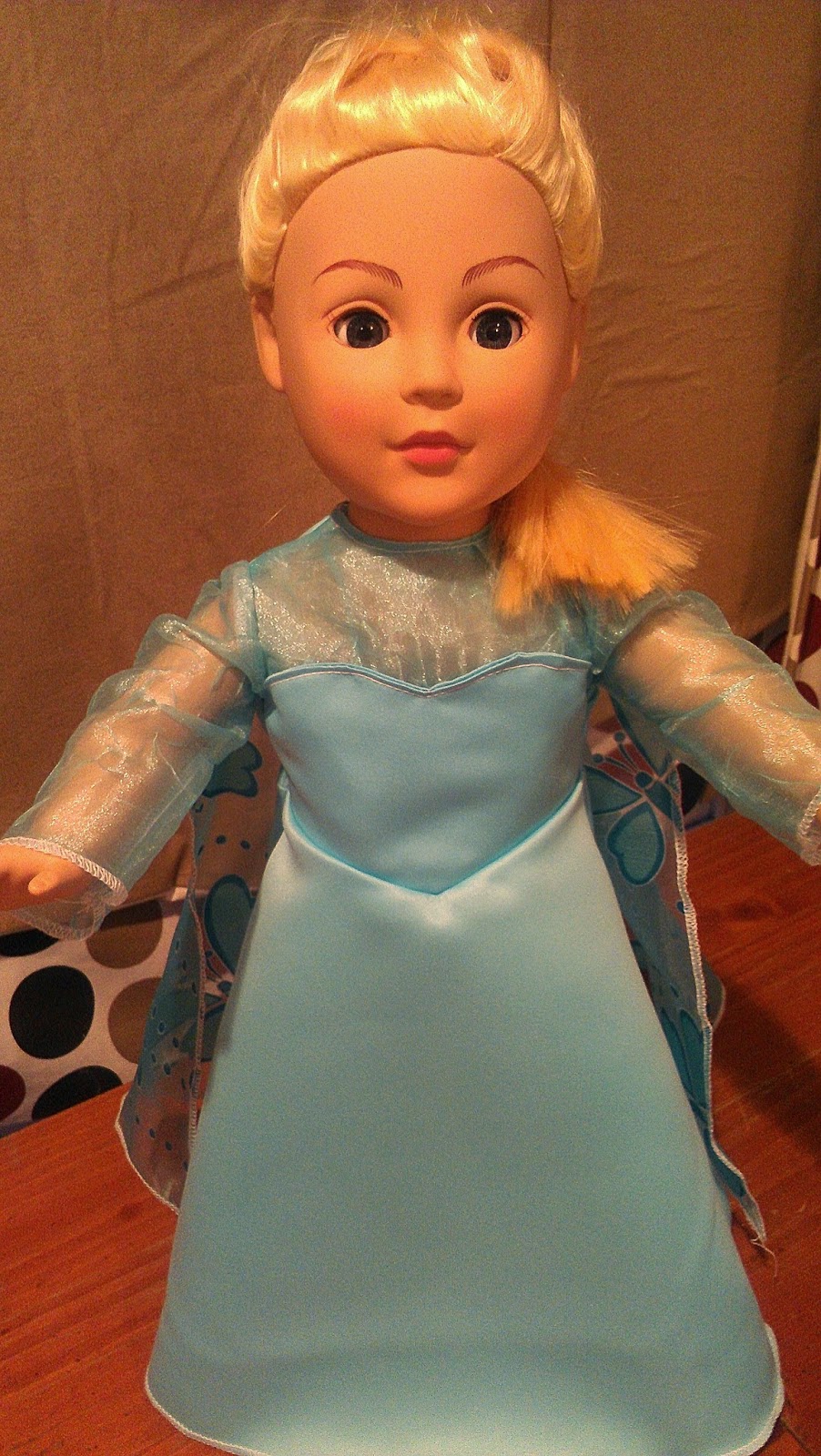 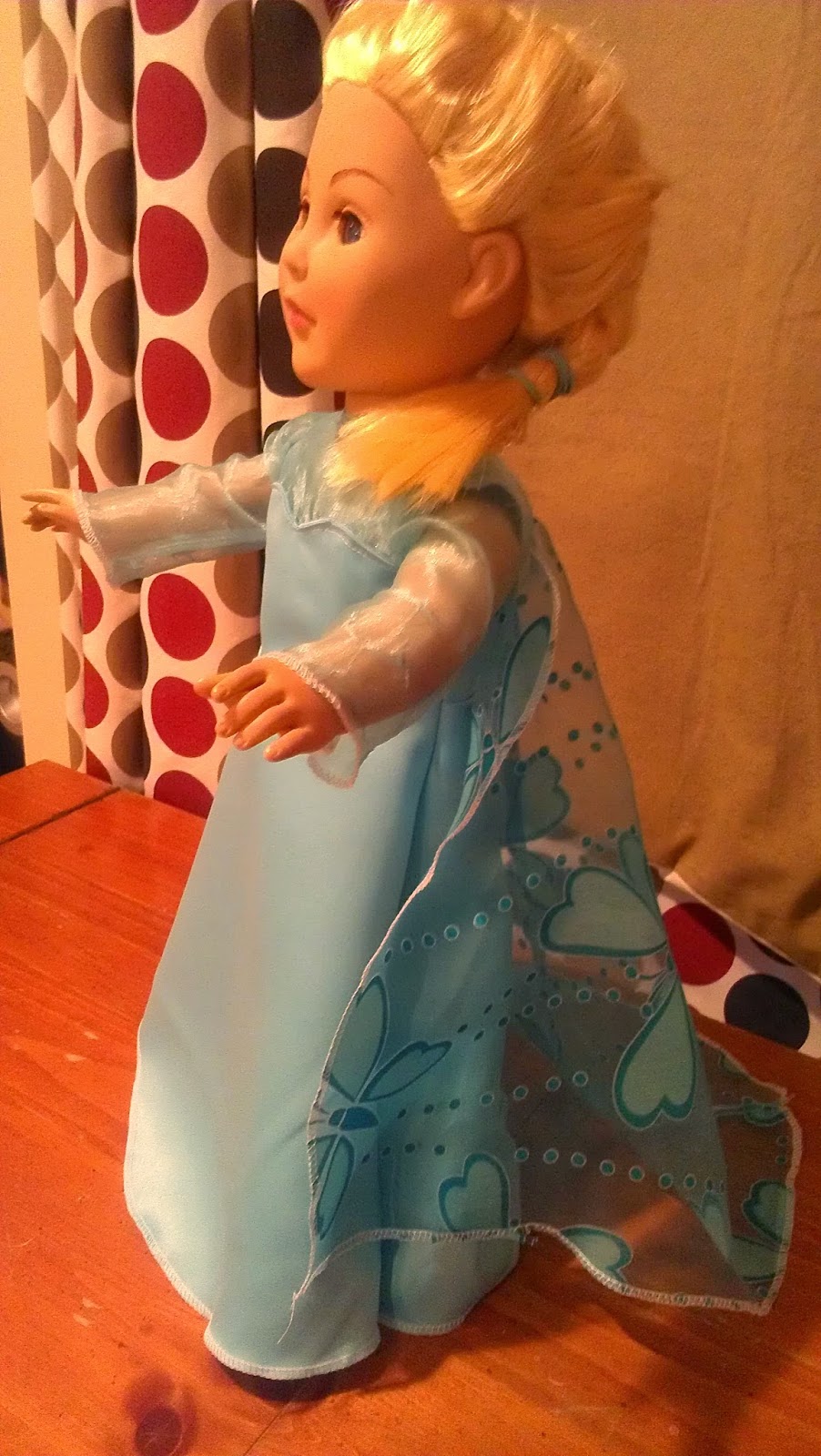 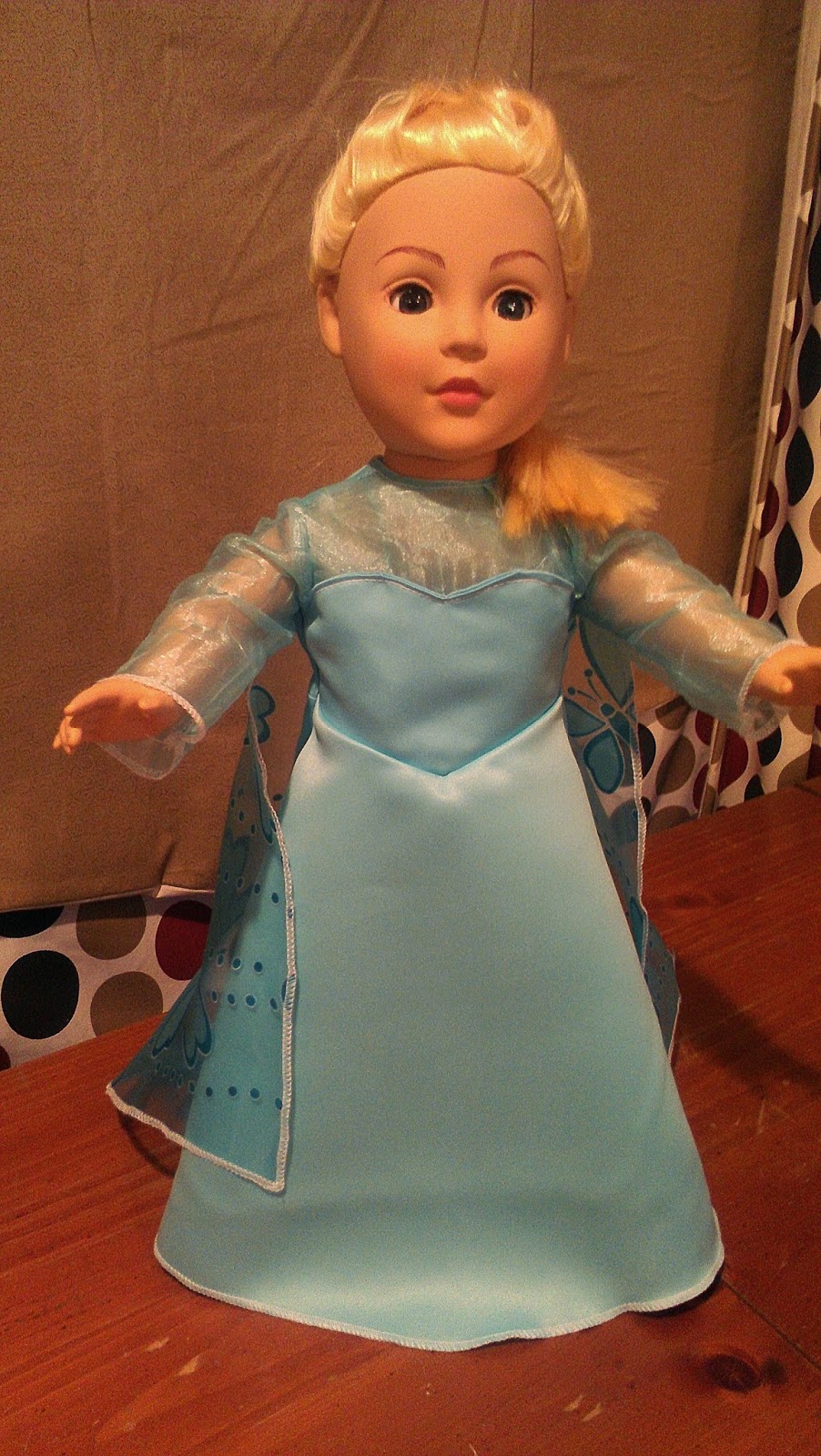 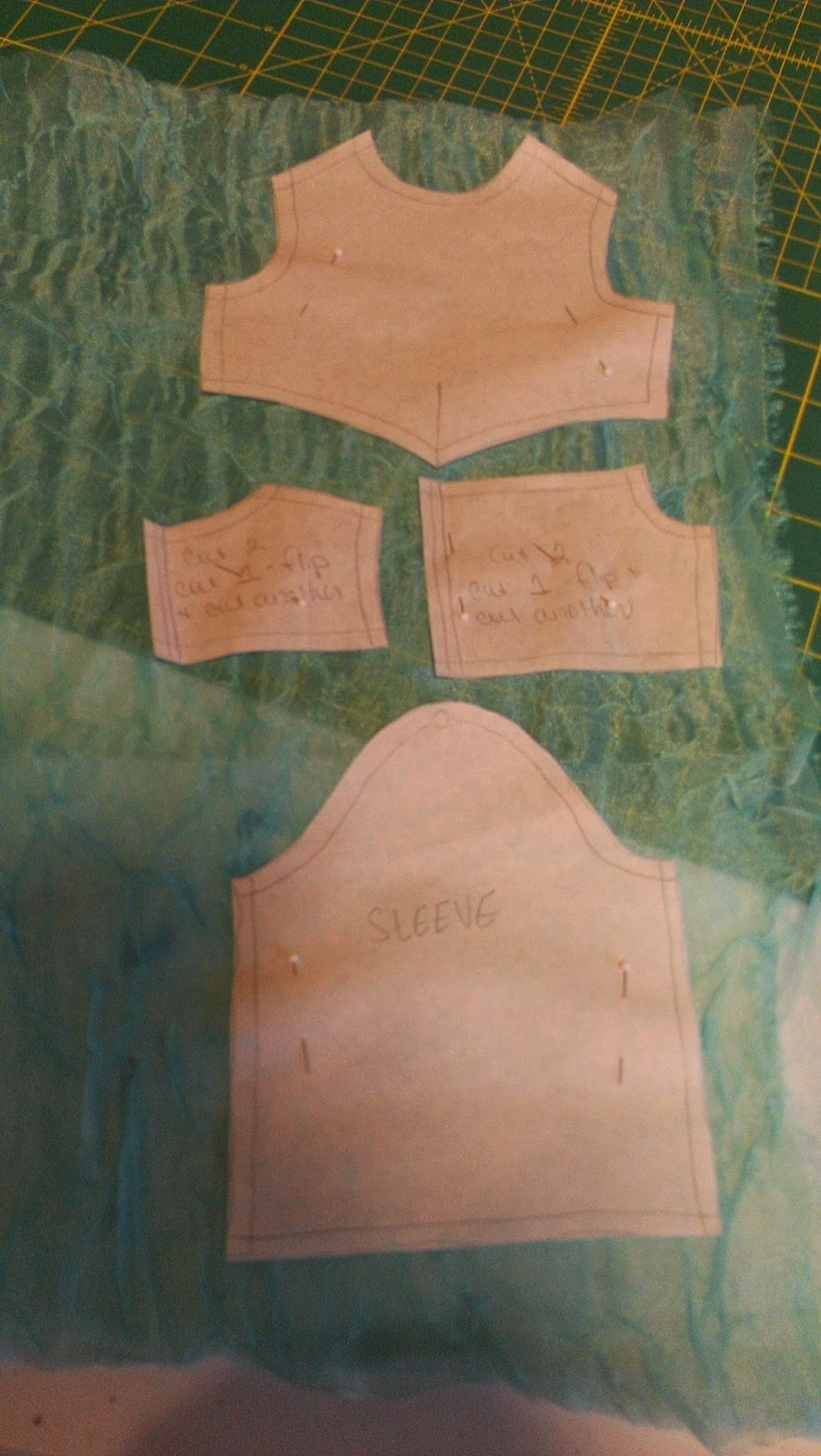 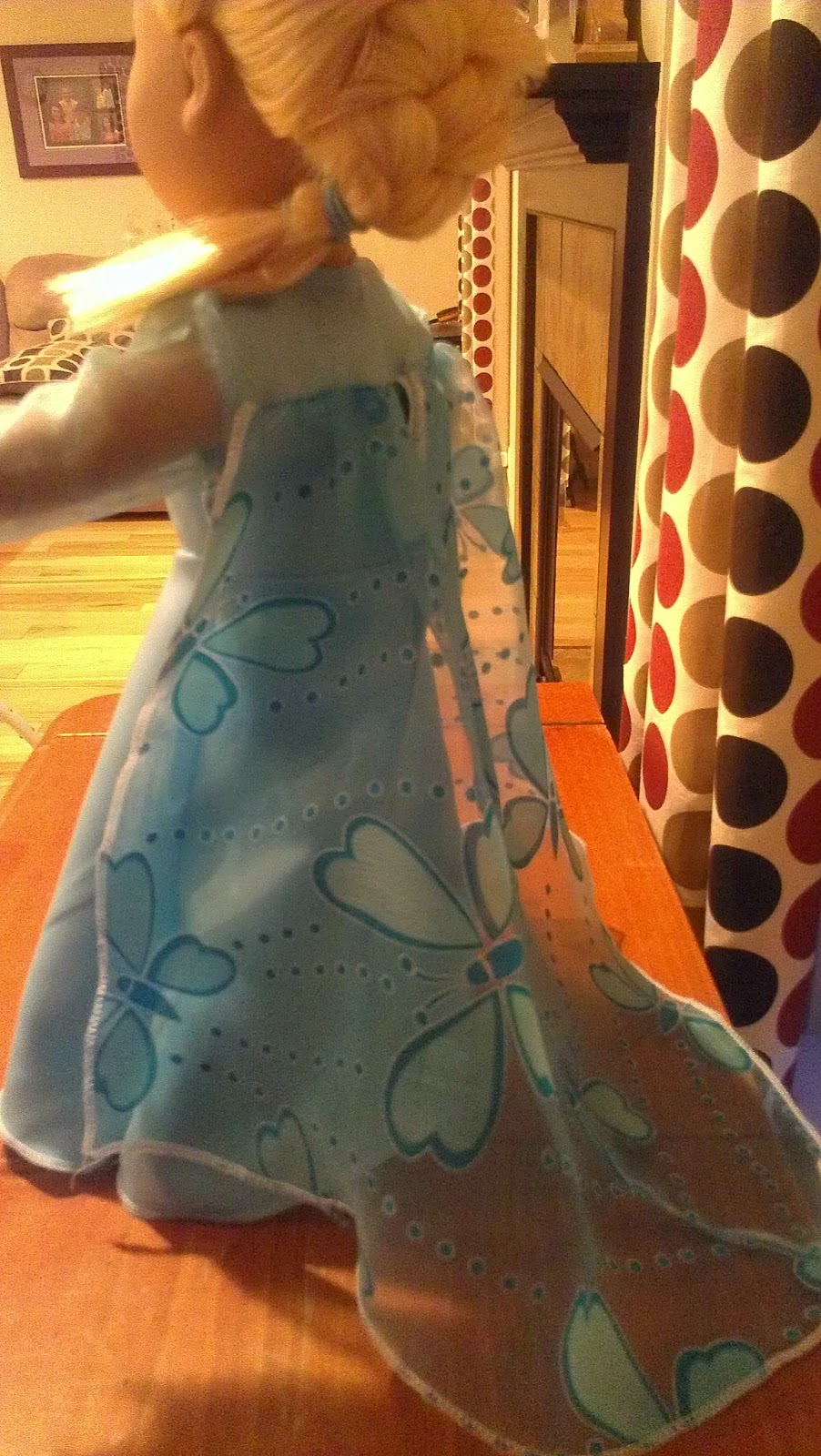 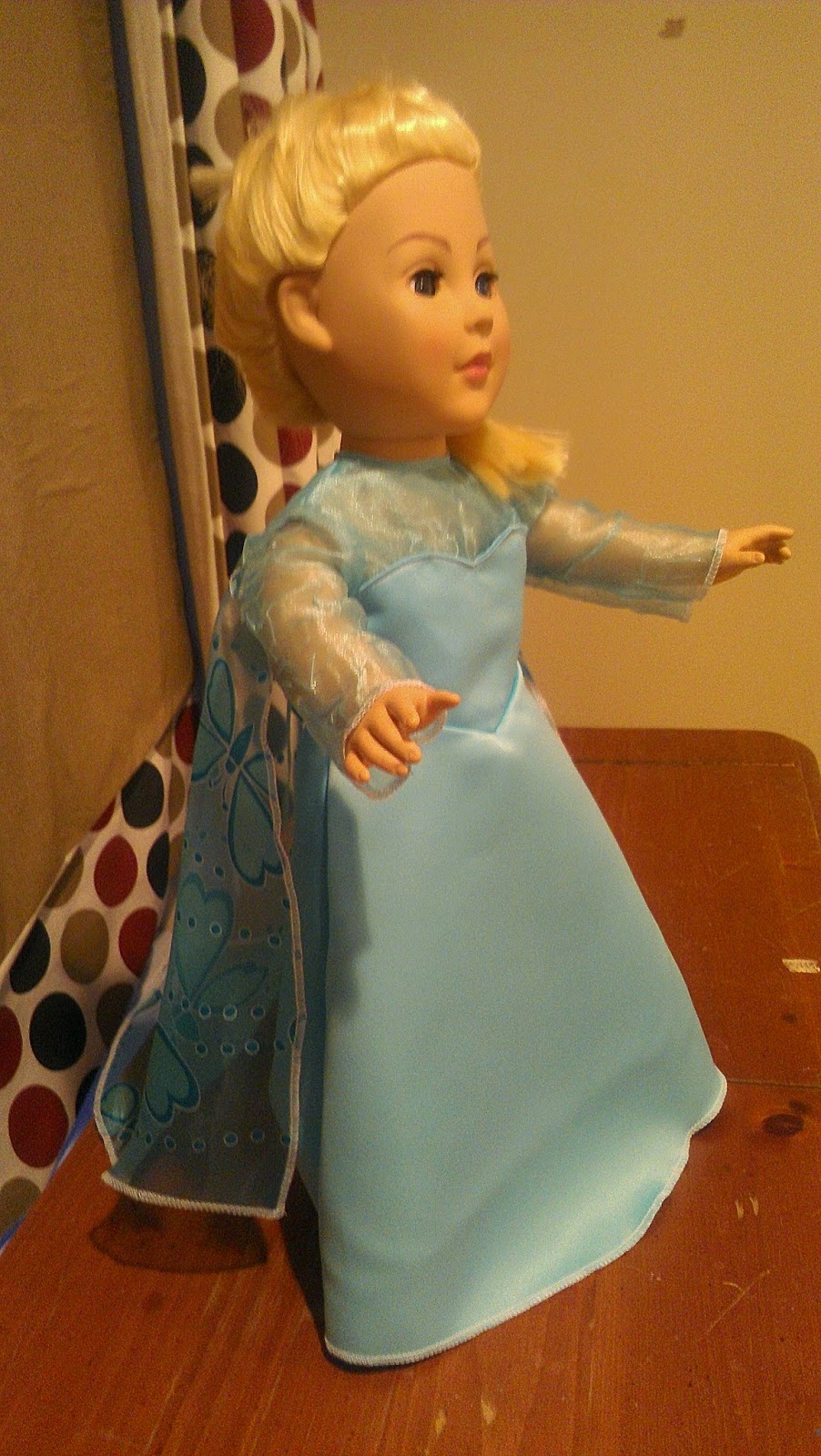 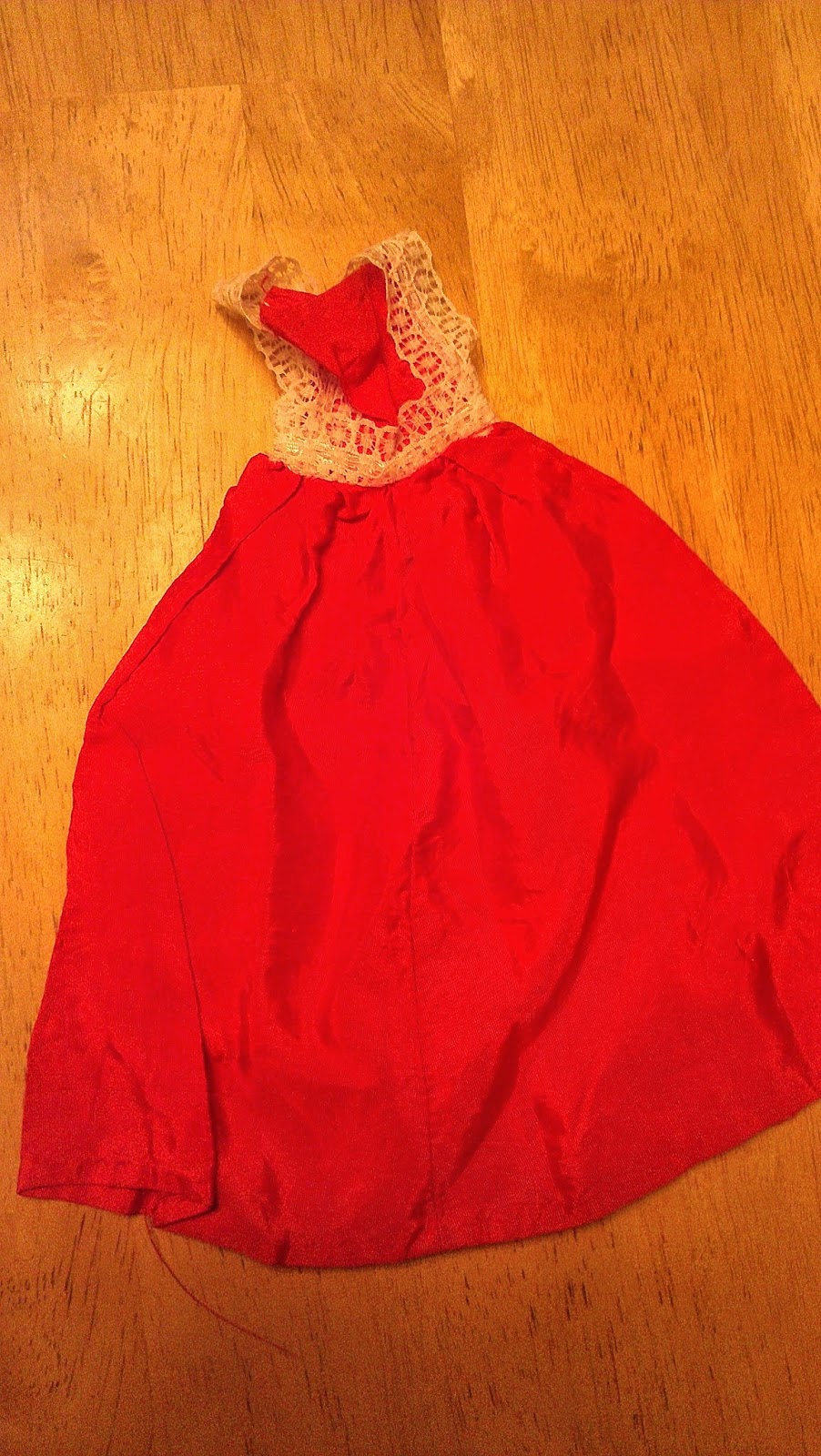 Posted by theTechGrandma at 2:52 PM No comments: 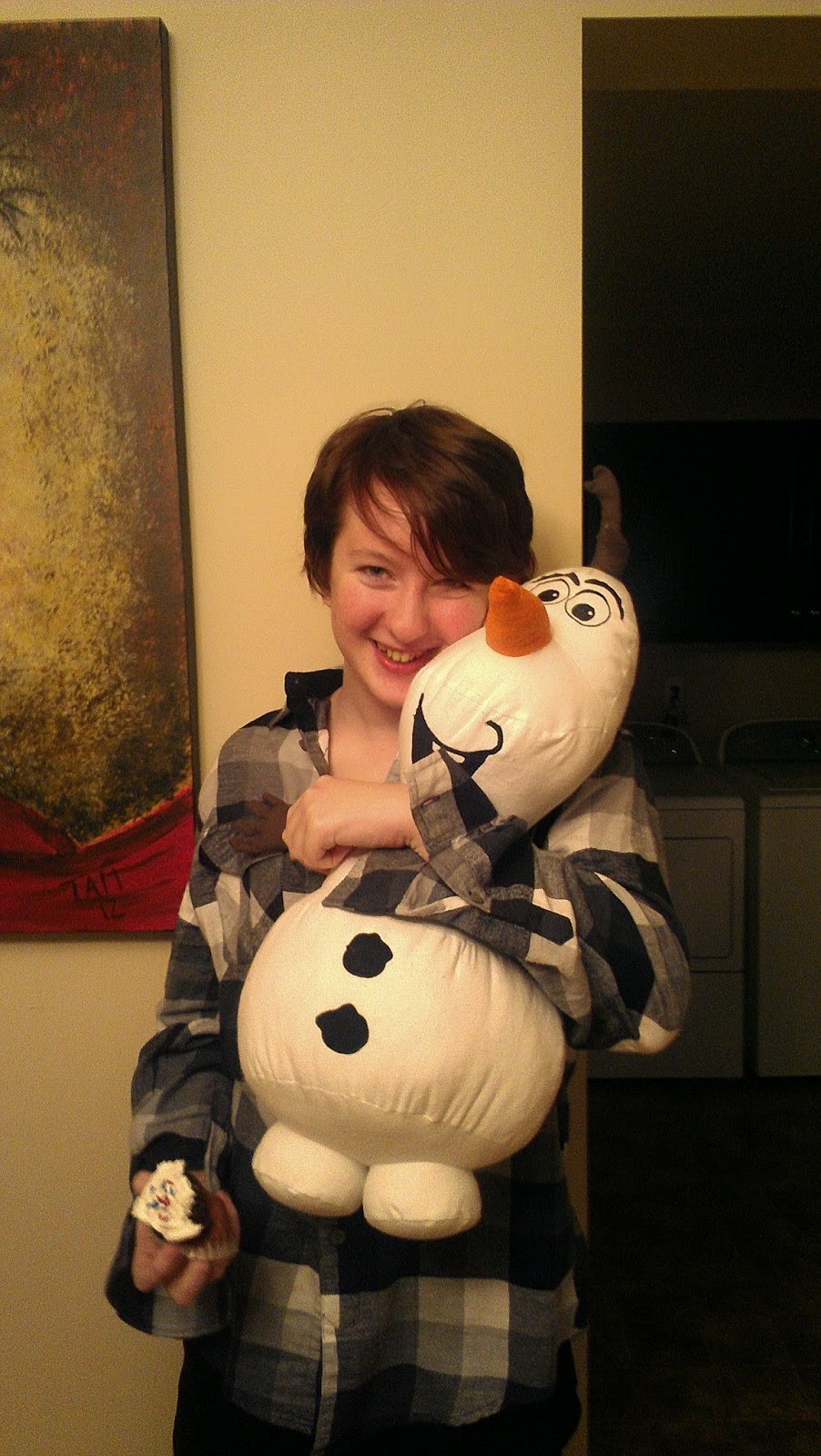 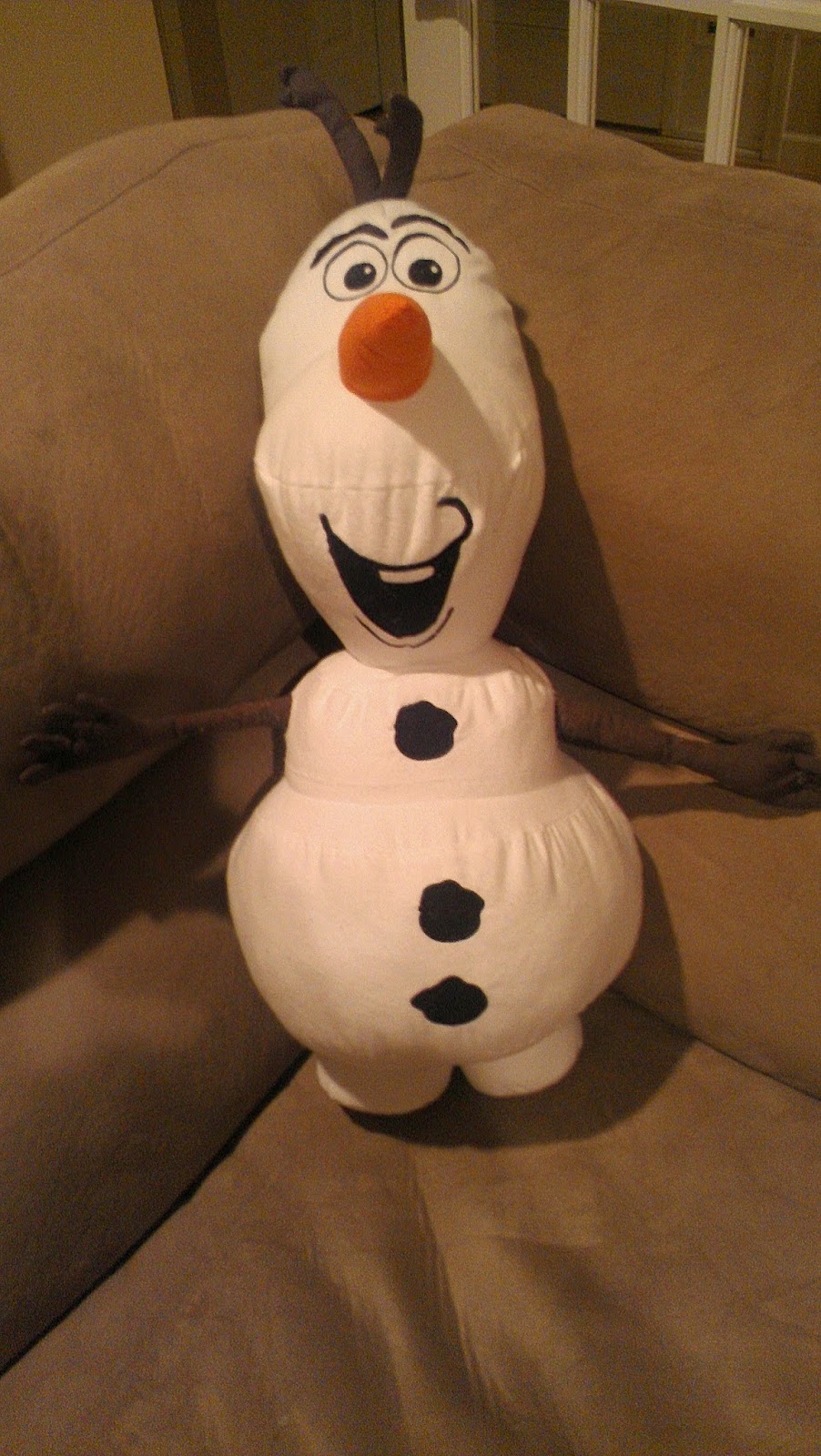 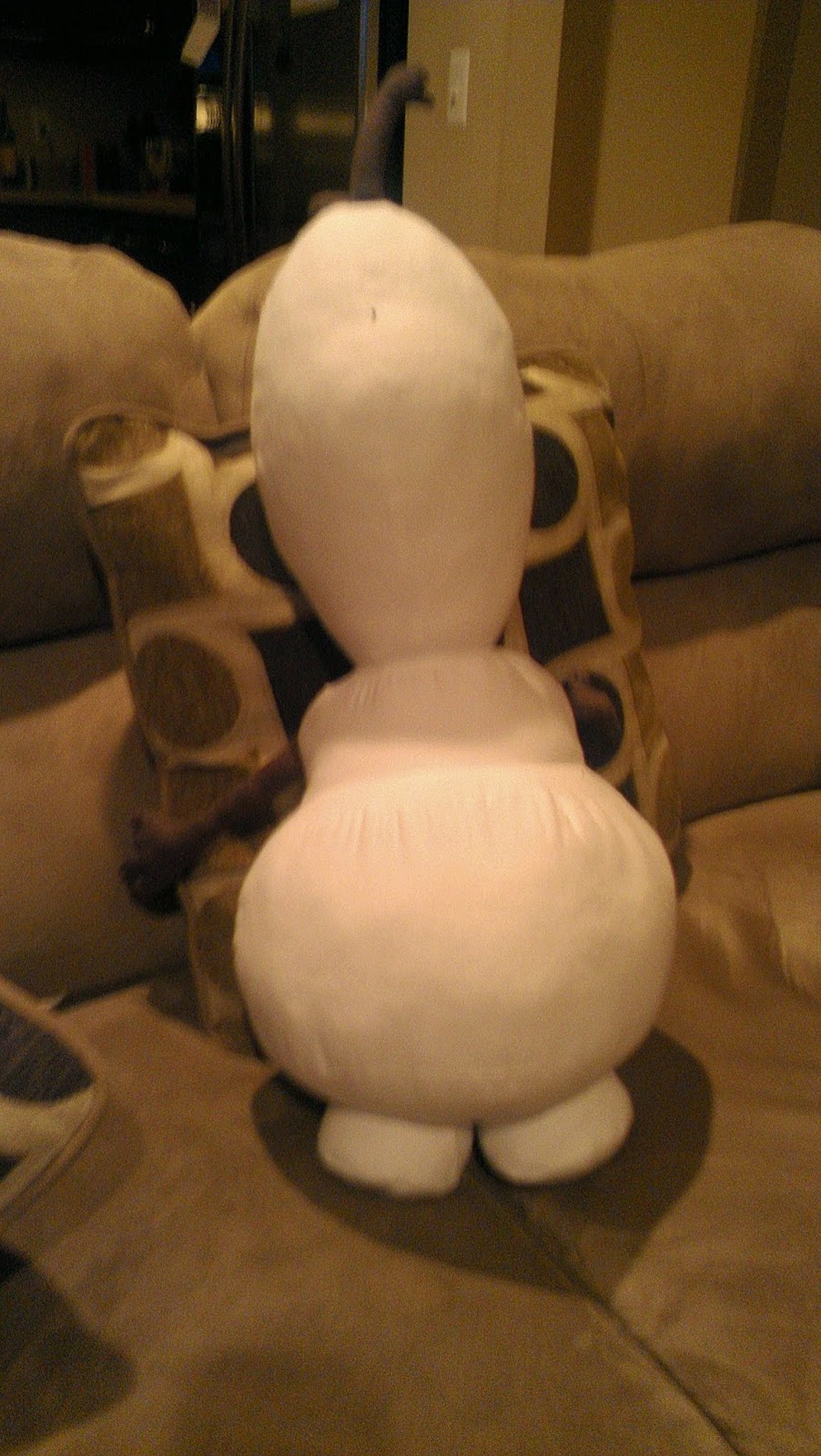 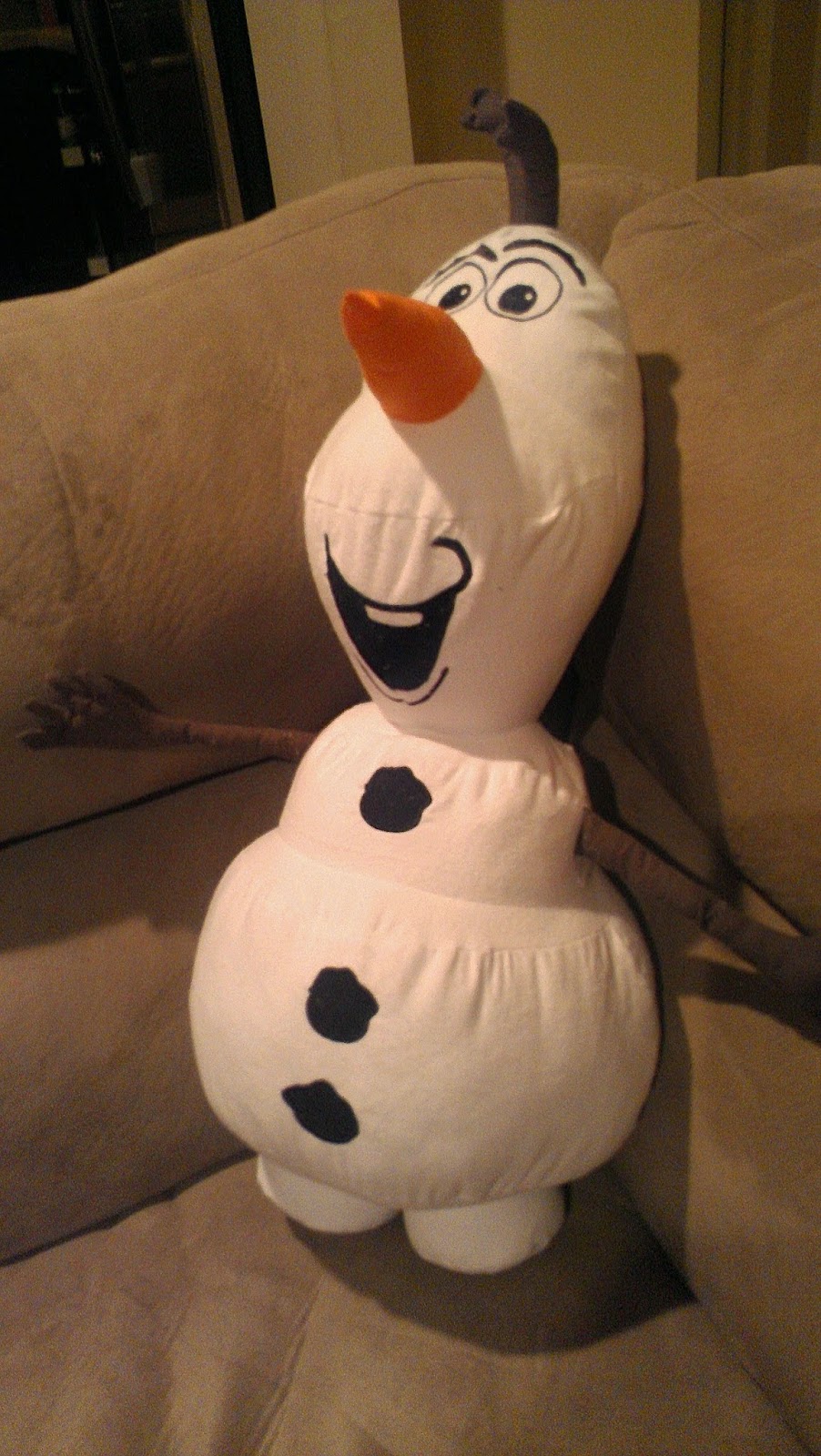 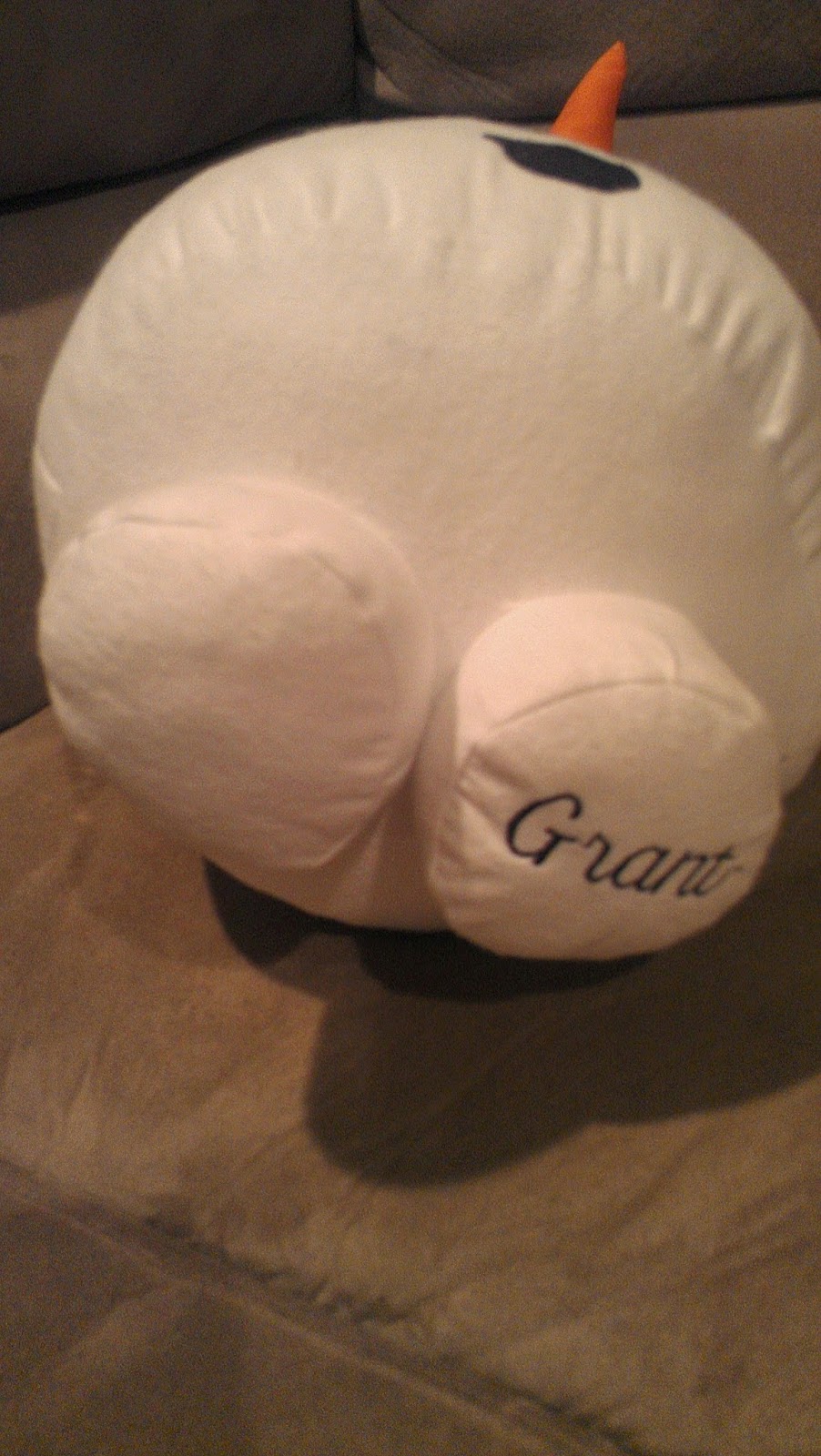 So Brandy, if you read this, Grant's Olaf should be on the way soon - just in time for birthday #2! I actually finished stuffing Olaf while I was watching Frozen. Jackie came over for lunch and now .... well .... guess I'm making 4 in total.
Posted by theTechGrandma at 4:59 PM No comments:

Julia loves Choir and especially loves her music teacher, Ms. Sarah Price - who I have to admit is pretty wonderful. Julia was very excited and anxiously awaiting the Veteran's Day Tribute concert at Saline High School. 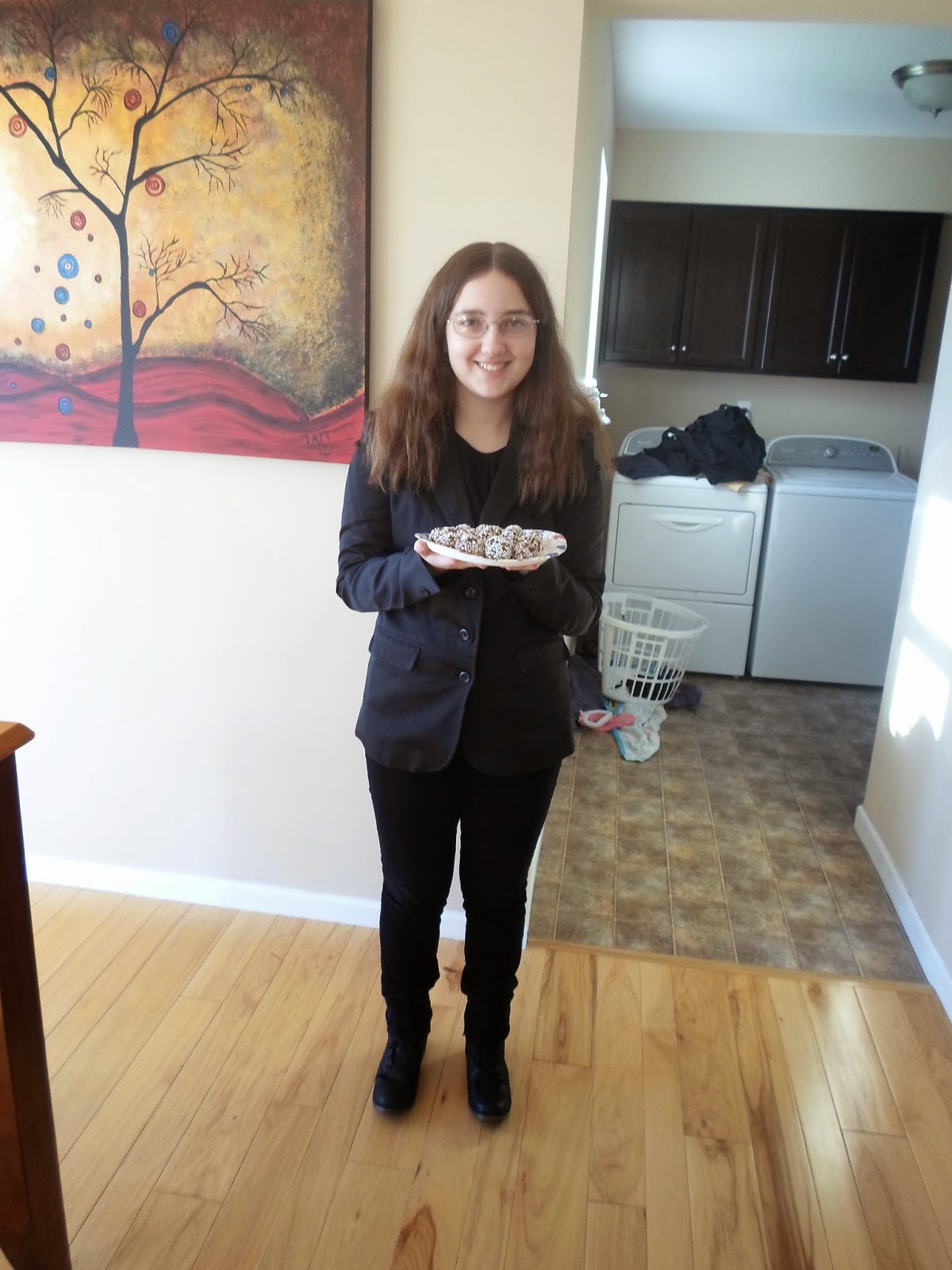 She had to buy some new shoes for the concert. Her outfit requirements were black shoes, black pants, black shirt, and black blazer. My daughter Jenny and her are about the same size, so Jenny lent her the blazer. It's looks nice! 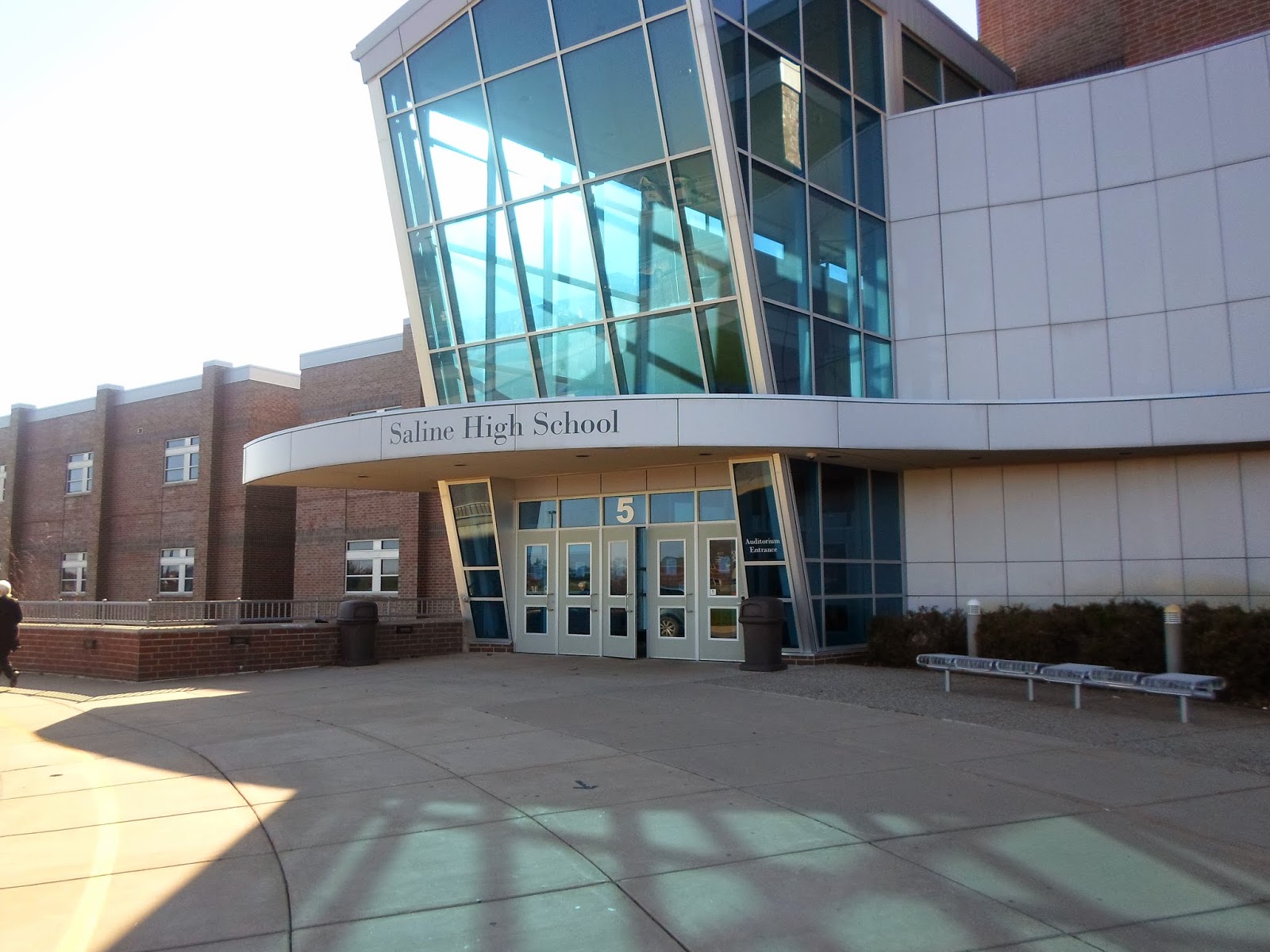 Here's the outside the school, the performance arts entrance. 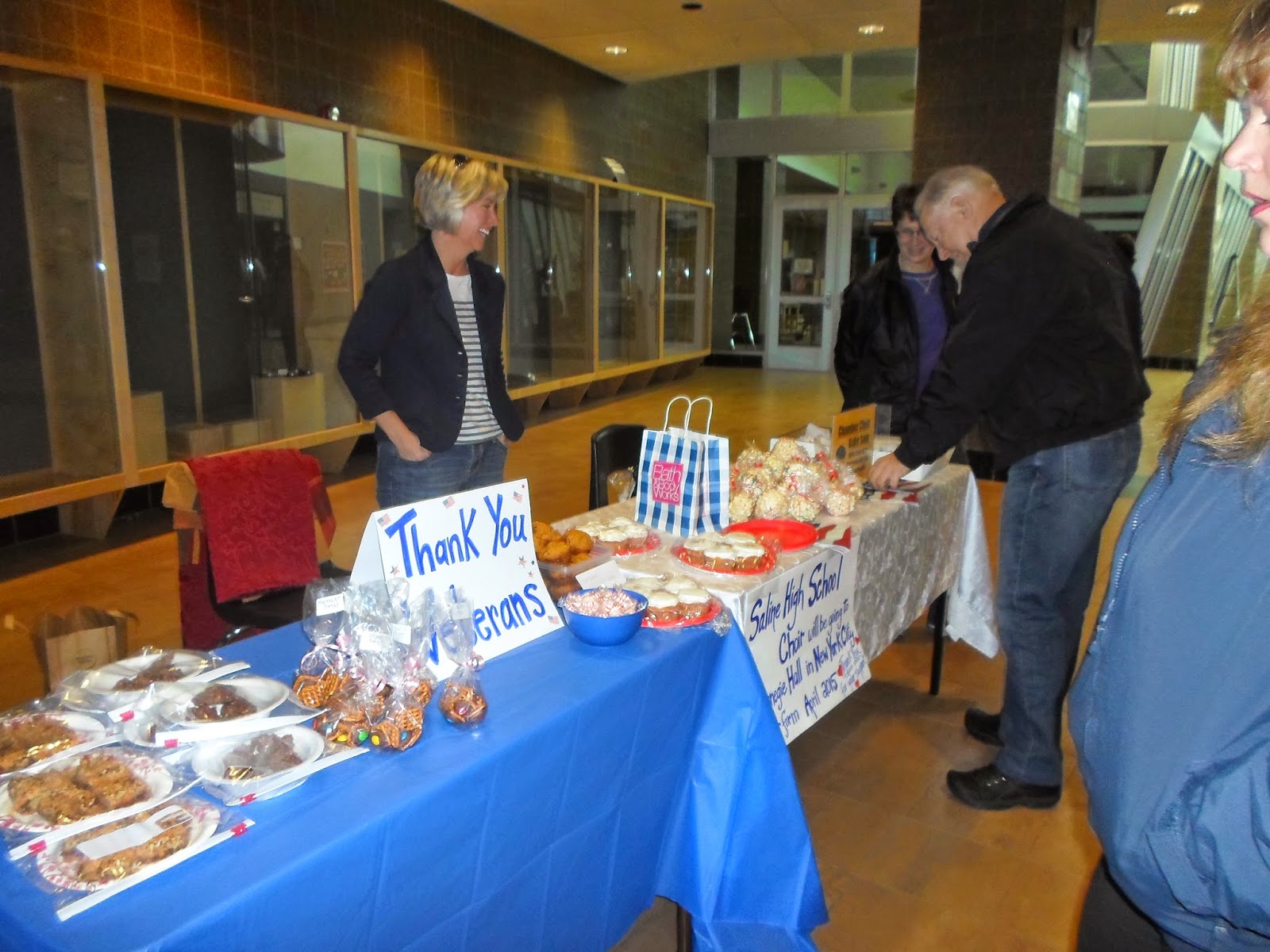 The Choir had a bake sale to help send the Choir to Carnegie Hall in April. Everyone chipped in and brought baked goods to contribute to sell. Julia made Swedish chocolate balls made with some ingredients that her parents sent from Sweden. 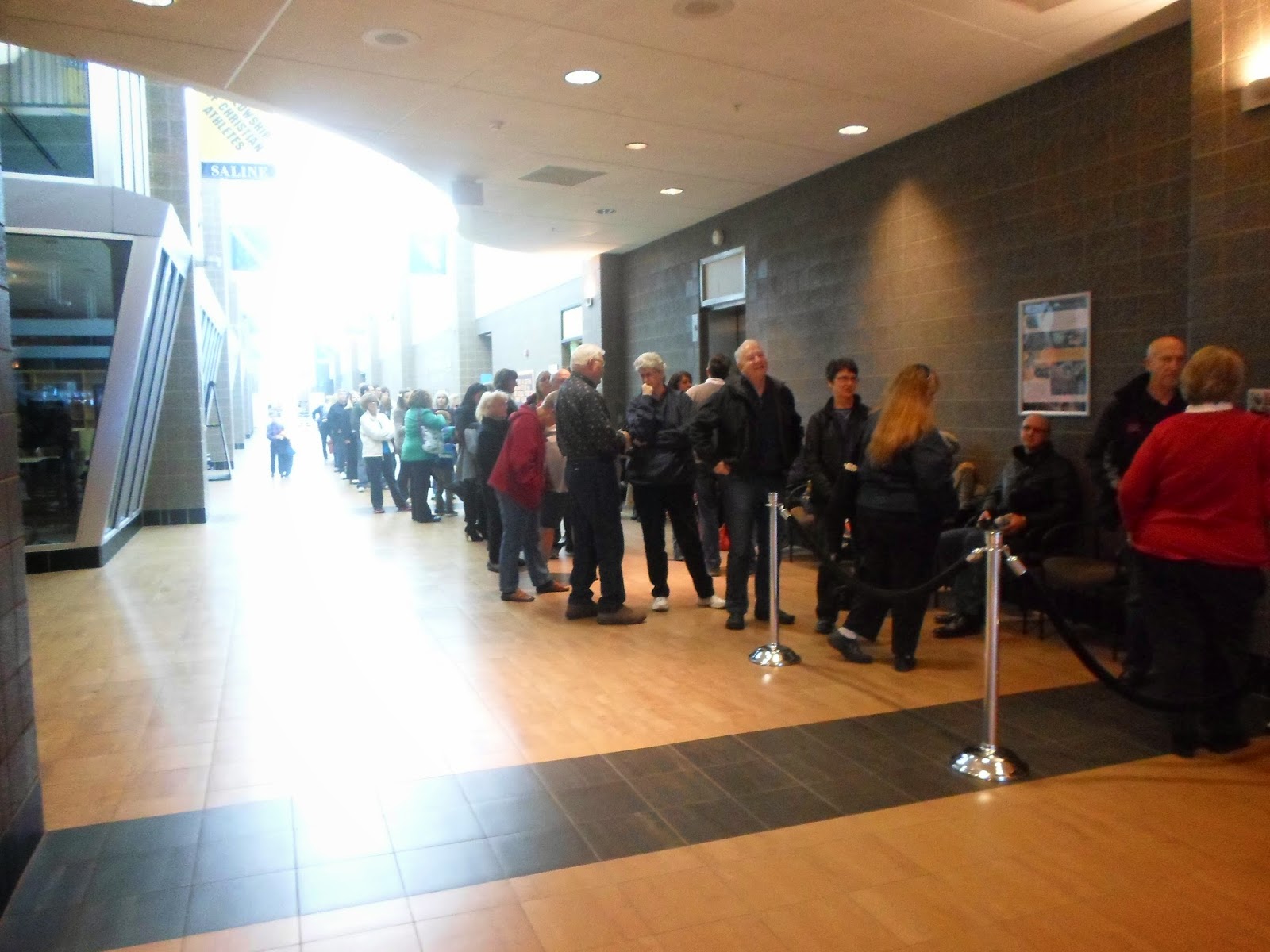 The line started to form outside the auditorium. 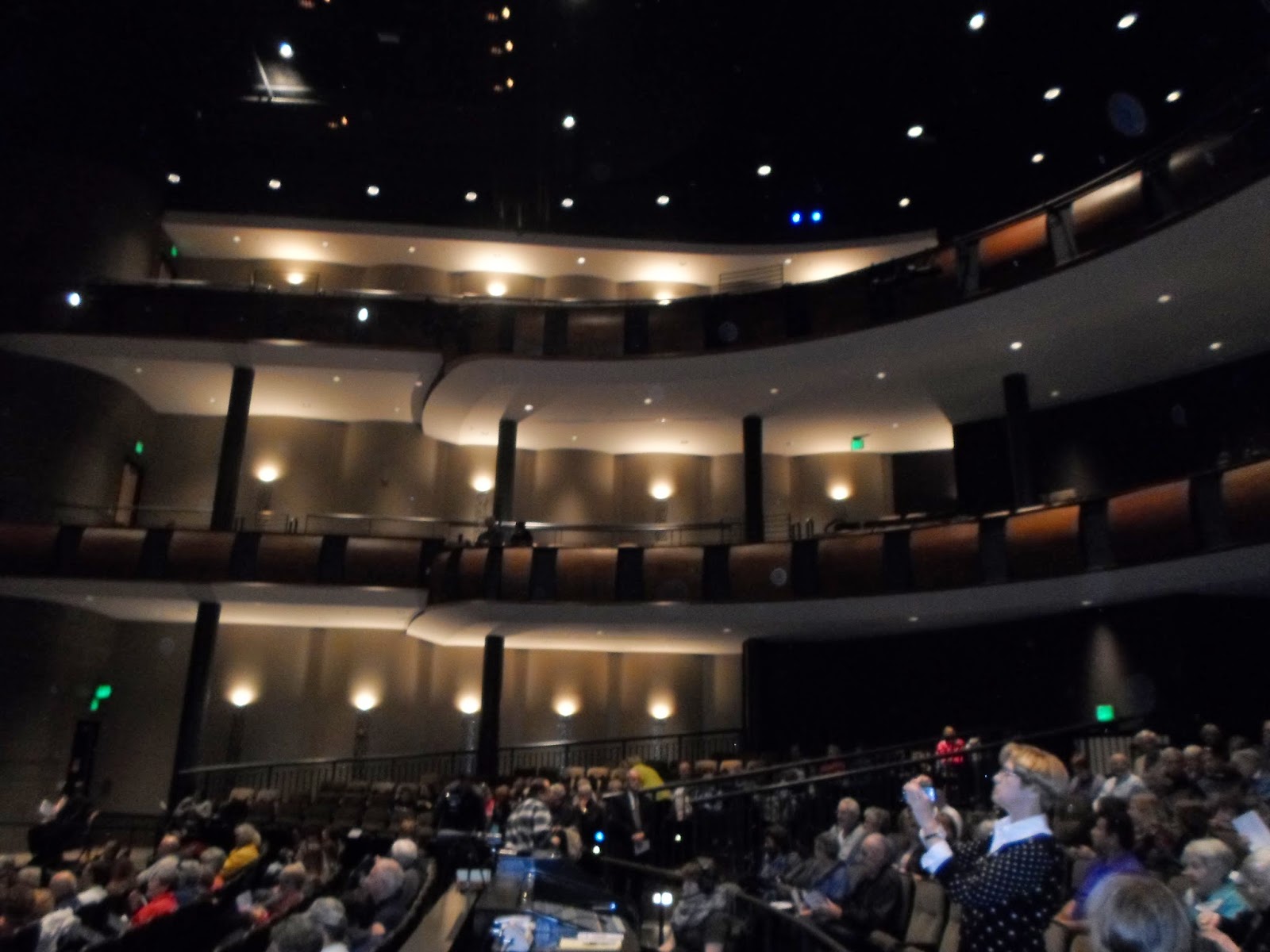 The auditorium has 3 levels inside it. 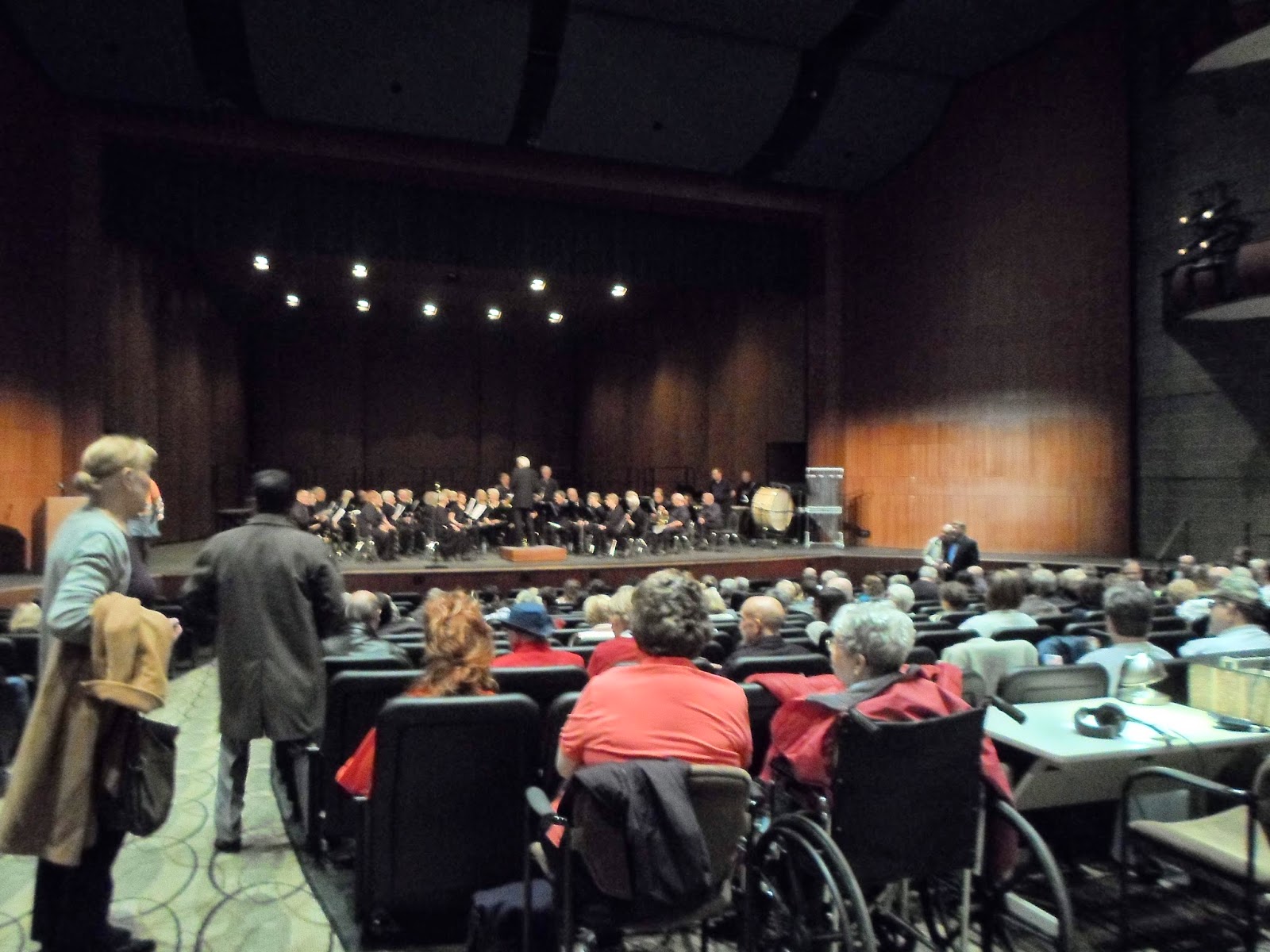 And the lower level where the Saline New Horizons band was already on stage. 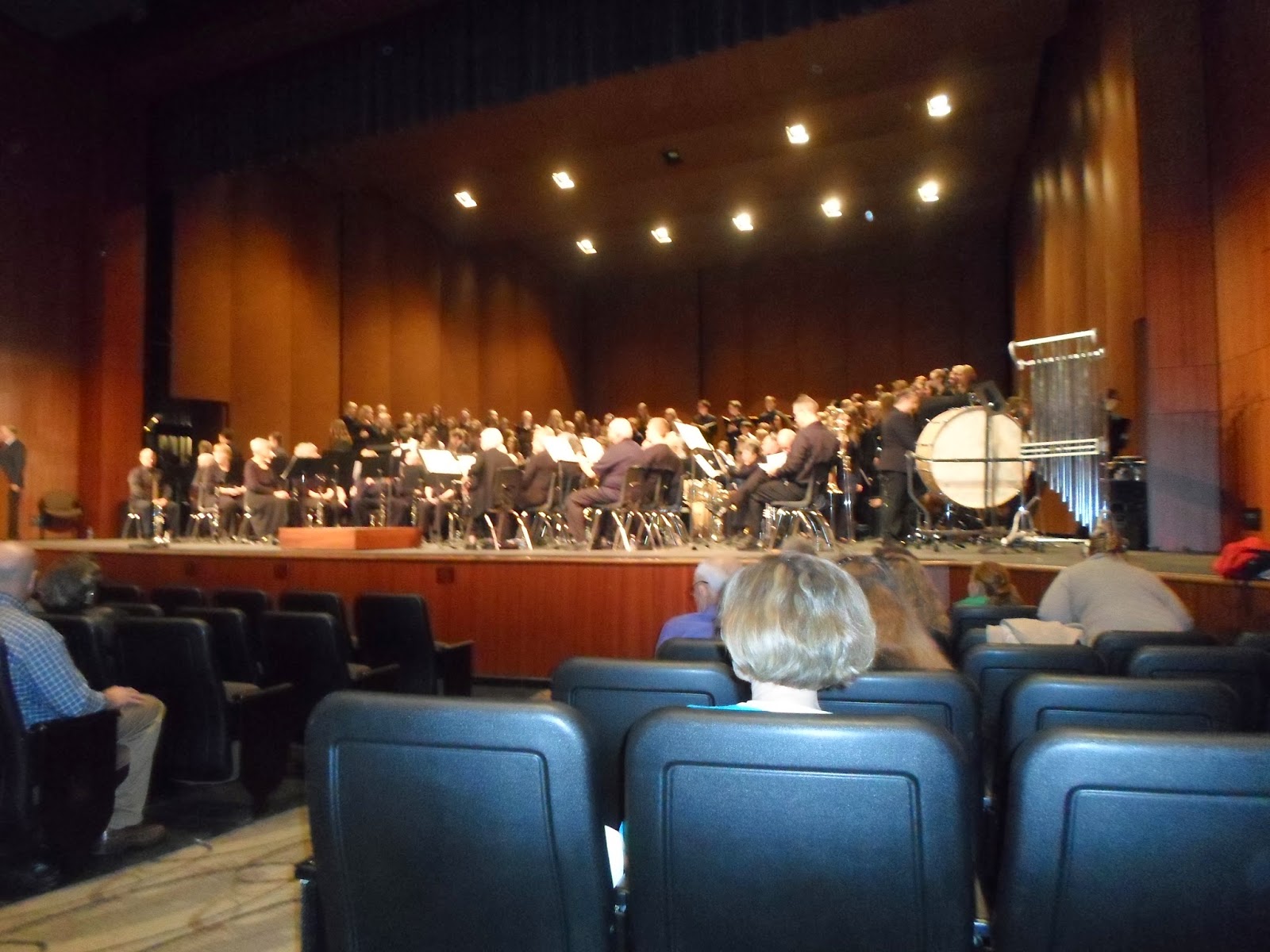 I tried several times to get a closer view of the choir and band together, but my camera just is so bad. Every picture turned out blurry. Julia spent extra time learning all the patriotic songs that we all learned from birth. 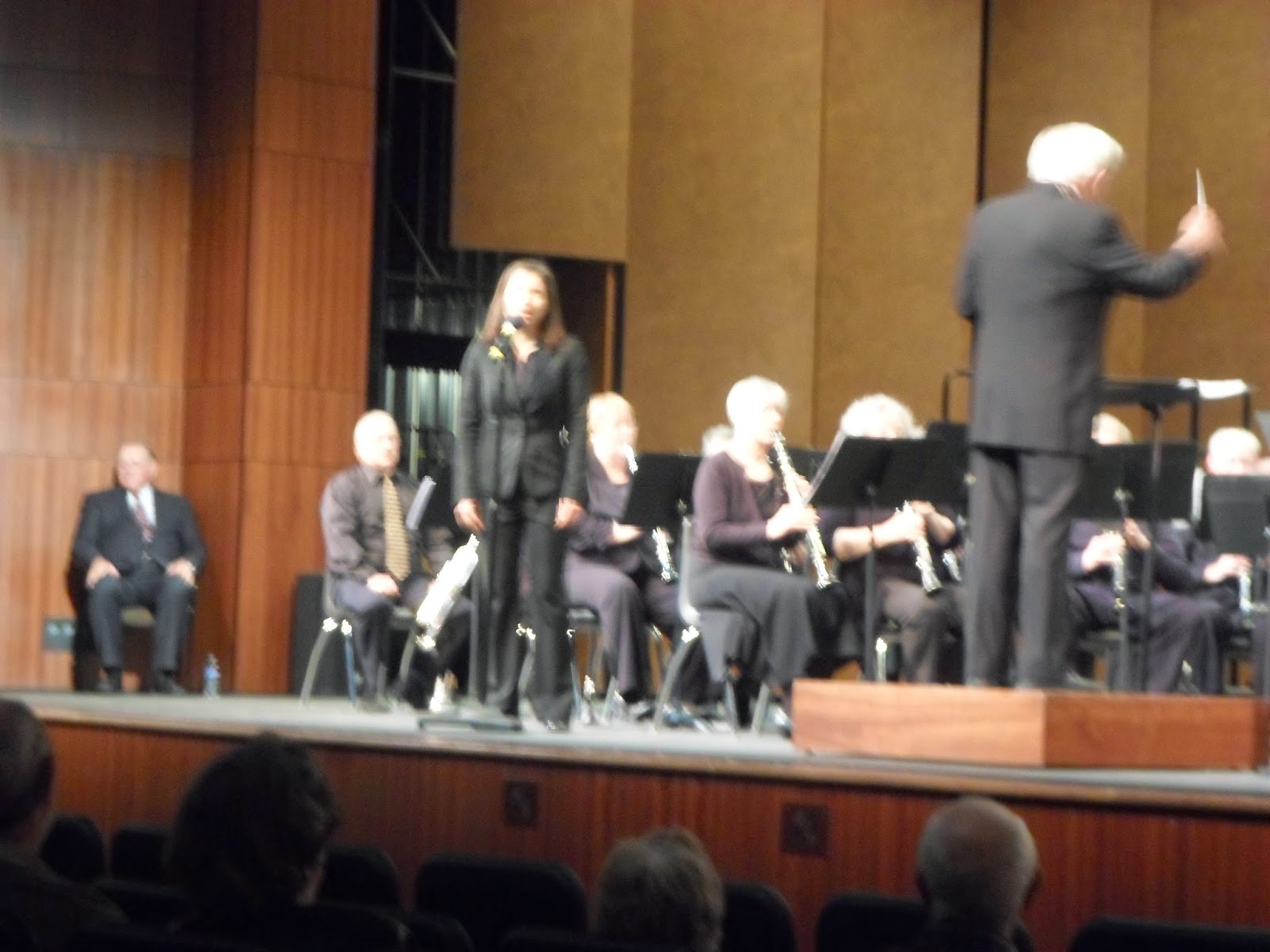 The show was very nice. Inspirational and brought a tear to my eye several times with the patriotic melodies and the tributes to our veterans. Here's Ms. Price singing "America the Beautiful". Her voice is just amazing. I really wish my camera was nicer....

Here's the artwork for the concert that was distributed around town. 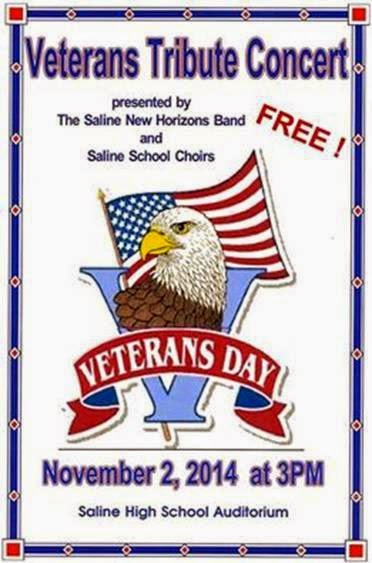 And here's the link from the Saline Post covering the concert. Thanks Tran!

Posted by theTechGrandma at 7:04 PM No comments:

Aunt Dottie was very much into photography and I believe that if computers were common like they are now, she would have had fun with manipulating photos. 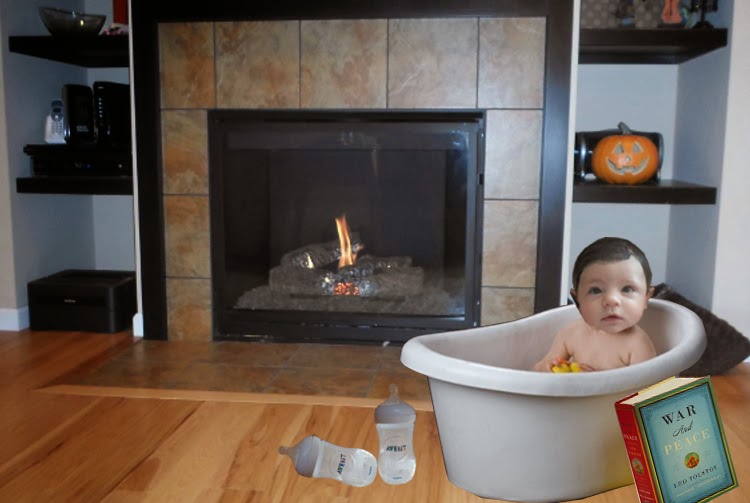 I was awakened at 3AM by happy baby noises. I had put Matthew's bed in my room, and I stumbled out of bed to check on him. But the bed was empty.

There it was again .... the happy baby noises. But they seem like they were coming from downstairs. I crept downstairs cautiously.

I stood there astonished and absolutely amazed. I grabbed/ my camera and snap this shot. Matthew is only 4 months old.... We had just watched Adams Family 2 and I saw Matthew smiling at the baby Gomaz. Looks like he got into my Halloween paint. He looks just like him!

He finished off 2 bottles and did a little light reading while enjoying his bubble bath in front of the fireplace. How does he do it? 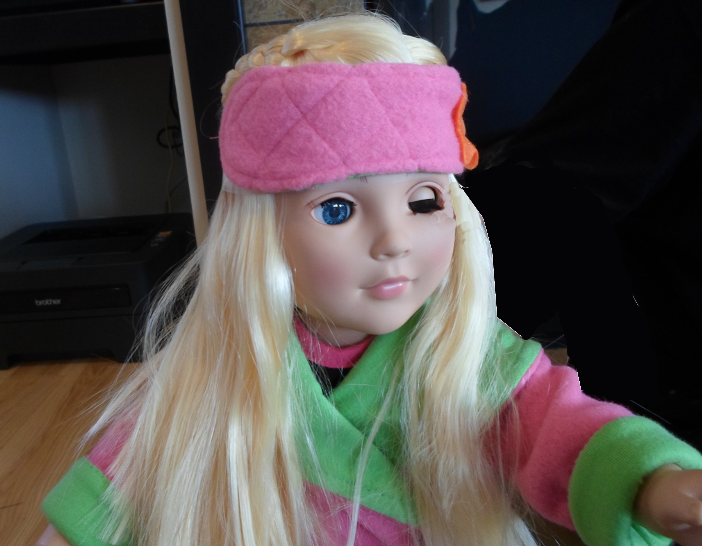 I also noticed that the new doll I had purchased was out of the box and was nearby.