My work place is soooooo gray. Everything is a cool gray which is a great color - I'm not discriminating against gray - but some color would be nice. So in thinking about an office inspired painting, here's what I came up with. 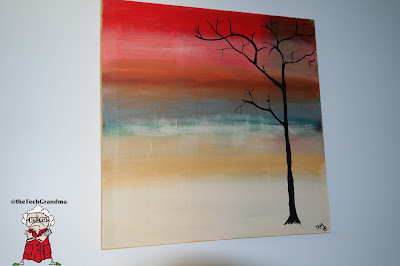 It didn't come out like I expected but it looks ok and fills the wall with some color. My hope was to see more of the paper behind the acrylic but color choices made it more difficult. 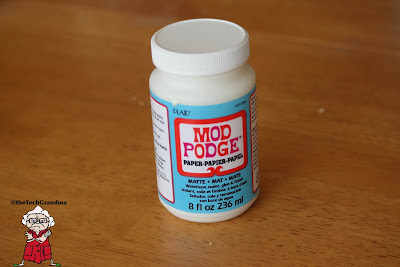 It started with some mod podge. 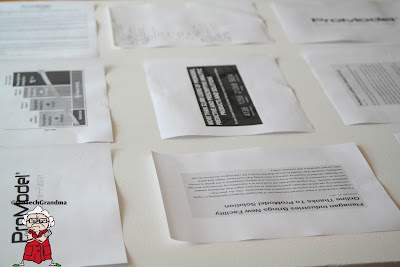 And some printed copy from our company's blog. 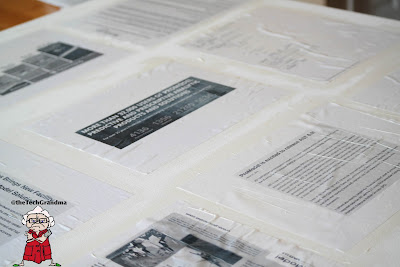 I used the mod podge and coated both the backside and front of the canvas. The paper did wrinkly up some - but I thought it might add to the texture of the painting. It also might have helped to have a better weight of paper. 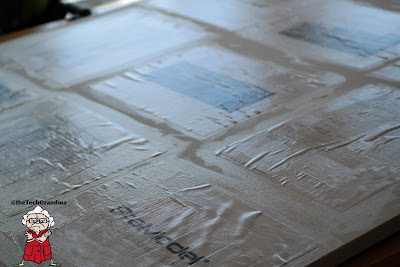 You can see here it bubbled up pretty good - but once it was completely dry it looked way better. I put a total of 2 coats on it. 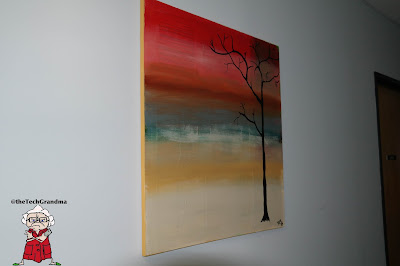 I painted over the mod podge with acrylic paint, but my first pass on blending colors was terrible. So, I let it dry and tried again. My second attempt at blending was better but the paper mache became less noticeable. But .... it's still there for those who want to look closer. 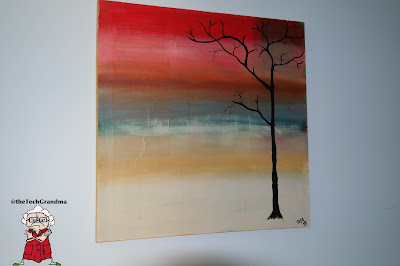 My husband says I ruined it by painting the tree but I really felt it needed something. I had planned to outline some of the words with paint, but with the paper being so faint - I took a different turn. Well, here it is .... good enough for a back office wall somewhere.

As my husband always says .... I'm my own worse critic.

Posted by theTechGrandma at 6:09 AM