My grandson received something very much like this when he was born as a gift. He absolutely loves it! It's very soft and cuddly and he sleeps with it every night. He loves it so much that I made one for my niece's new baby boy. It might have a better name - but I call it the "flicky soft thing." 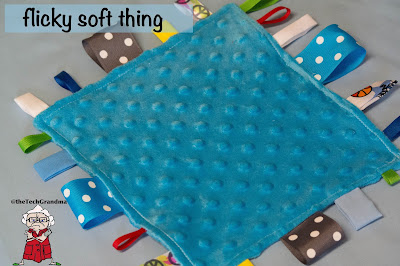 The best thing about it besides how soft and cuddly it is ....is all the ribbons that he can flick. Give a kid a stuffed animal and they will find the label and grab it and flick it. 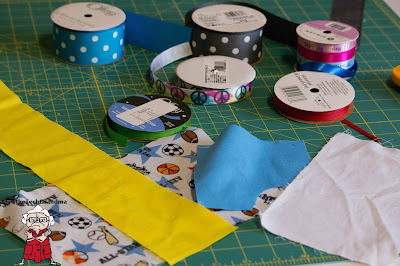 It was super easy to make. I grabbed some ribbon I had and even some spare scraps to make my own bindings. Then I cut out a 10 x 10 square of some soft cuddly material. 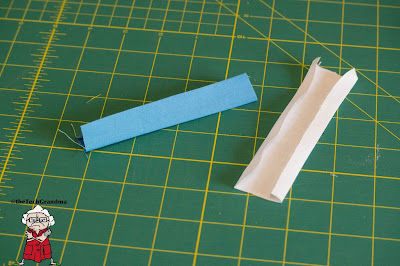 Here's how to make some binding. Fold in each side and then fold in half. 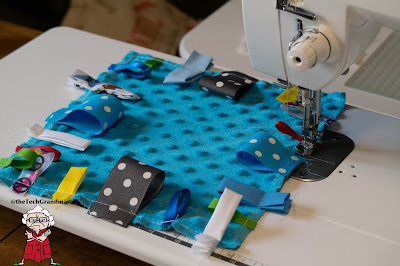 I did a basting stick around the edge to attach the ribbons and bindings. Then I went around and double stitched each one to make sure they don't come off. 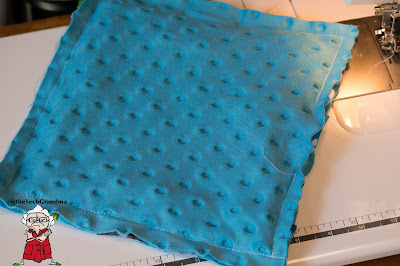 Sew on the top piece of soft and cuddly material. Leave an opening to turn right side out. 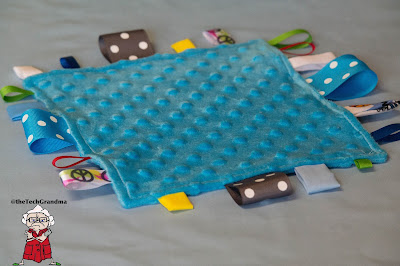 Then do another stitch around the edge to close up that opening and add another layer of security. Now it's ready to go to your favorite little munchkin!

Posted by theTechGrandma at 6:06 PM