m is for matthew!

My daughter Jenny text me and said she was coming over to work on her wedding stuff. I told her "better bring that baby!". And she did. :) My older grandson was sickly (poor guy) didn't really feel up to it - but he came anyways. Even gave me a hug (and he's not a hugger). 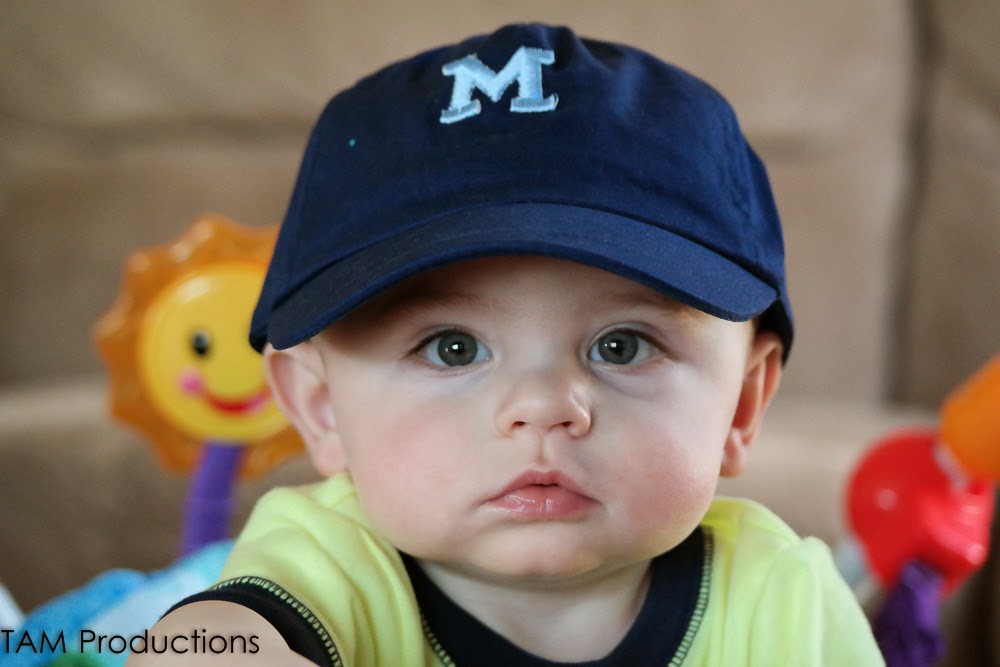 I bought this cute little tot sized baseball hat and I wanted to see if my machine (a Brother PR600II) would allow me to embroider it. It did. It was a tight fit - but it did. The hat is a little big for him - but it's so darn cute! 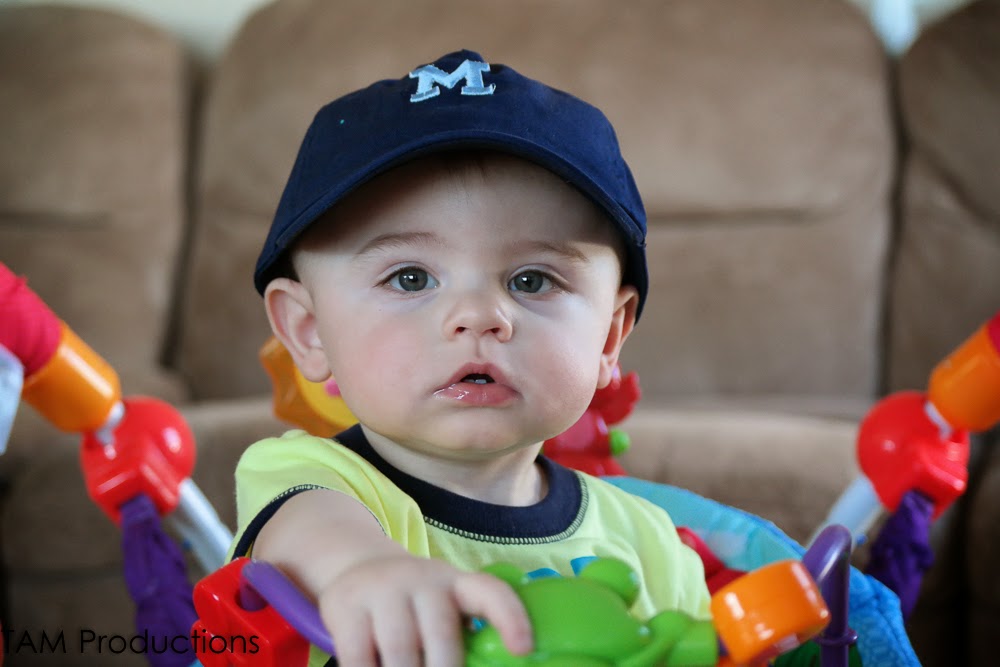 I was trying to do a 3D effect with puffy foam. I couldn't find the puffy foam at Joann's so I bought normal craft foam. It worked fine - it's a little raised, but not much. Researching it more I found that the digitized image had to be specifically formulated for 3D and my software is not capable. (super sad face) Also, the puffy foam should be at least 2 mm, better at 3 mm and the craft foam is about 1 mm. 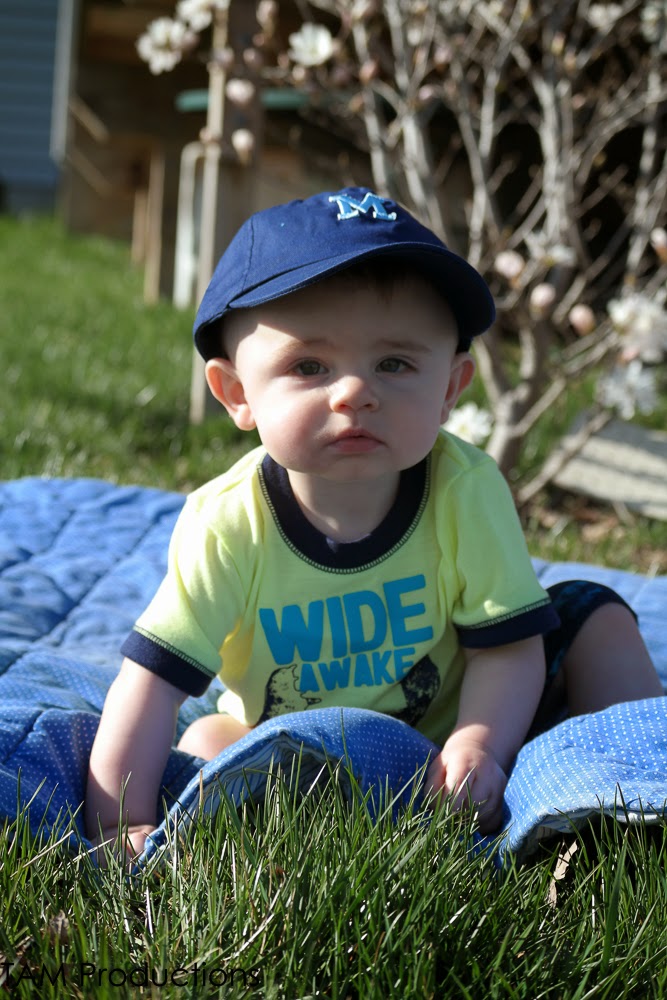 It still looks super cute though. I took him outside to get a few more photos. He loved being on his blanket. Got a little upset when he ended up a tad off the blanket into the grass. 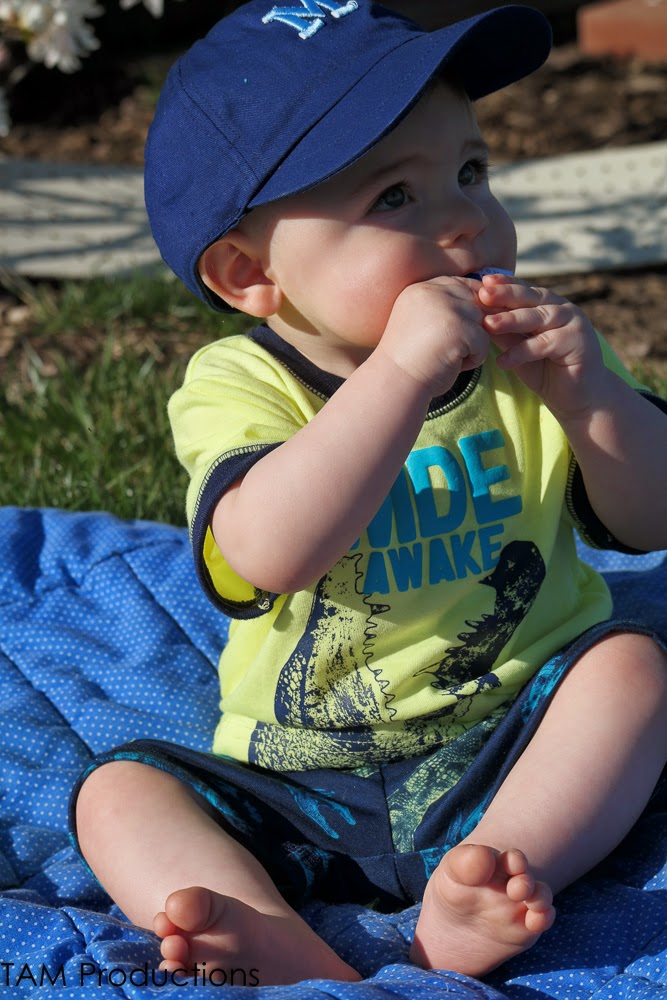 I gave him the tag from his hat to keep him occupied for a few mins so I could take his picture. Just wasn't finding the best angle for light to eliminate shadows and dark spots. 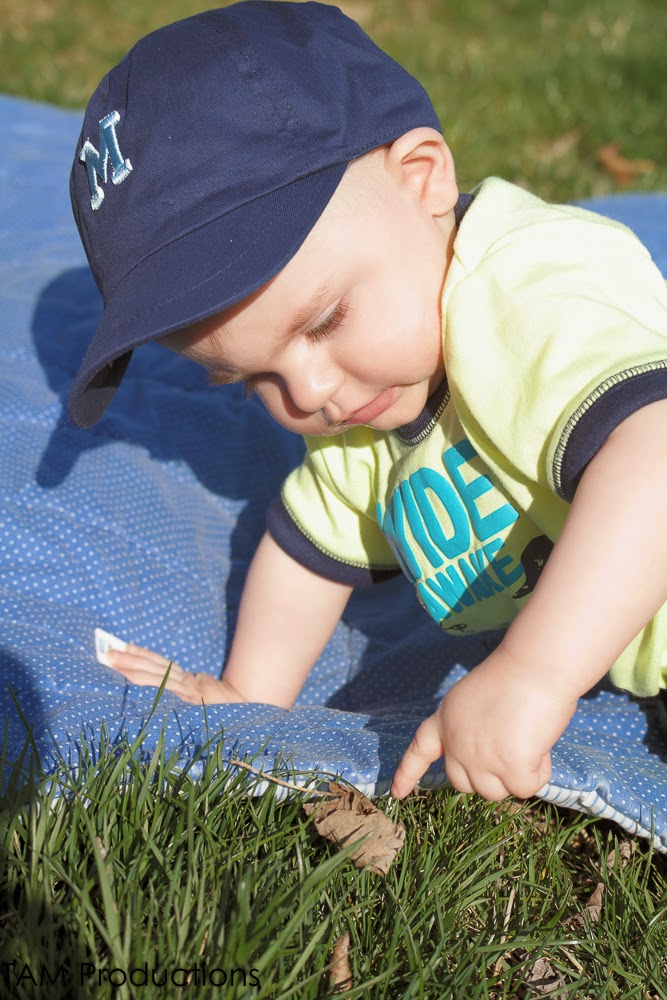 But then .... he discovered this leaf. Bless his tiny lovable heart. Just wanna smooch his whole face! 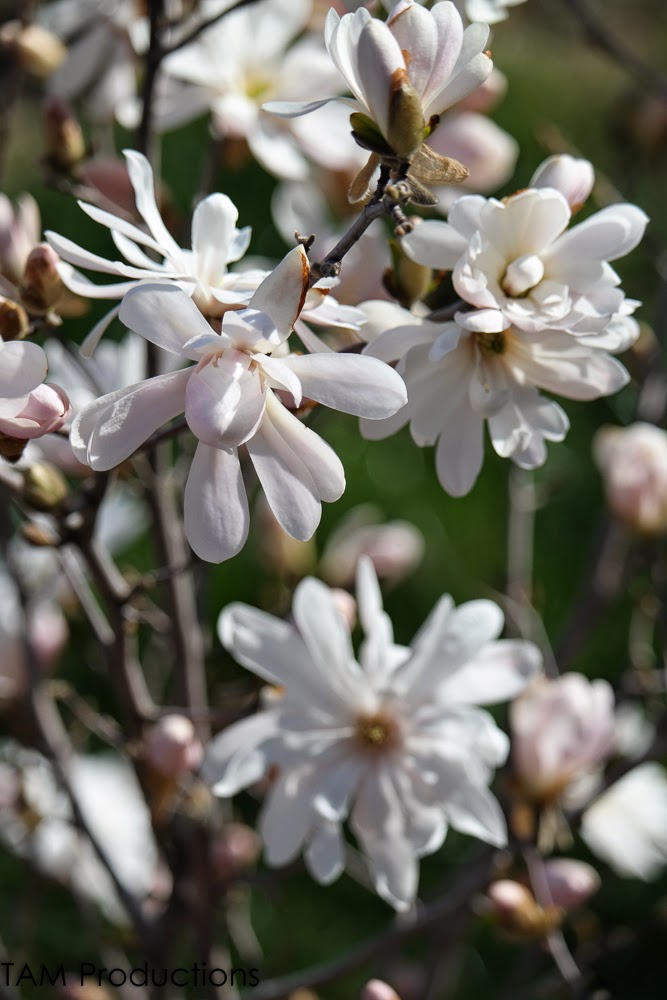 My magnolia bushes are in full bloom. Gosh, I love those bushes. Yay  Spring!
Posted by theTechGrandma at 11:14 AM