My daughter Jackie is currently "fresh meat" for a new hobby - roller derby. She asked me to sign up for their derby dash - a 5K around Gallup Park in Ann Arbor, MI. It was a breezy, cloudy day on April 25th. 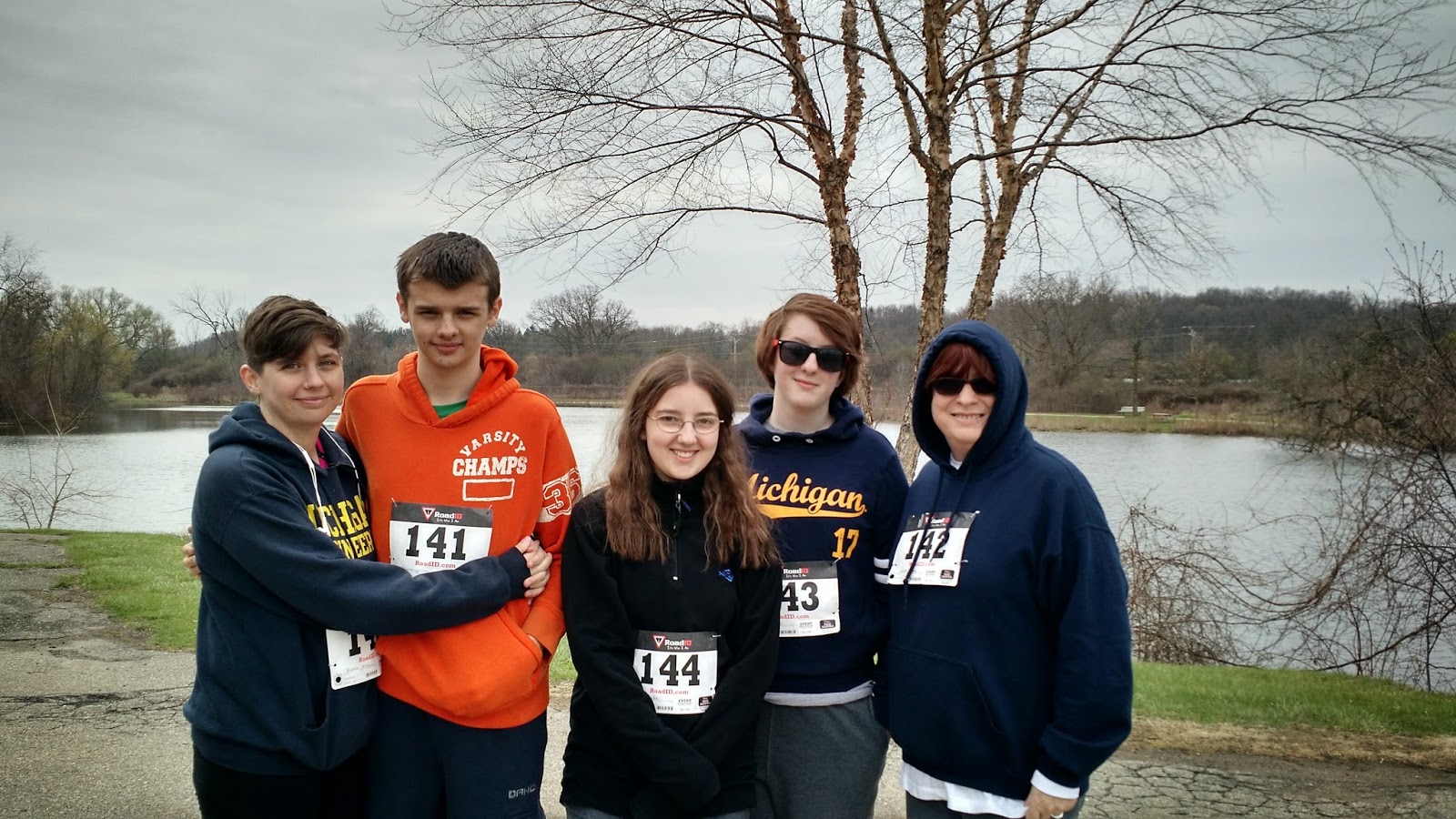 We were one of the few walkers, but I was too out of shape to run. Holly was relatively easy to talk into signing up, but Julia ...... really loves to sleep in on Saturday. With the threat of crossing Jackie - she finally consented. 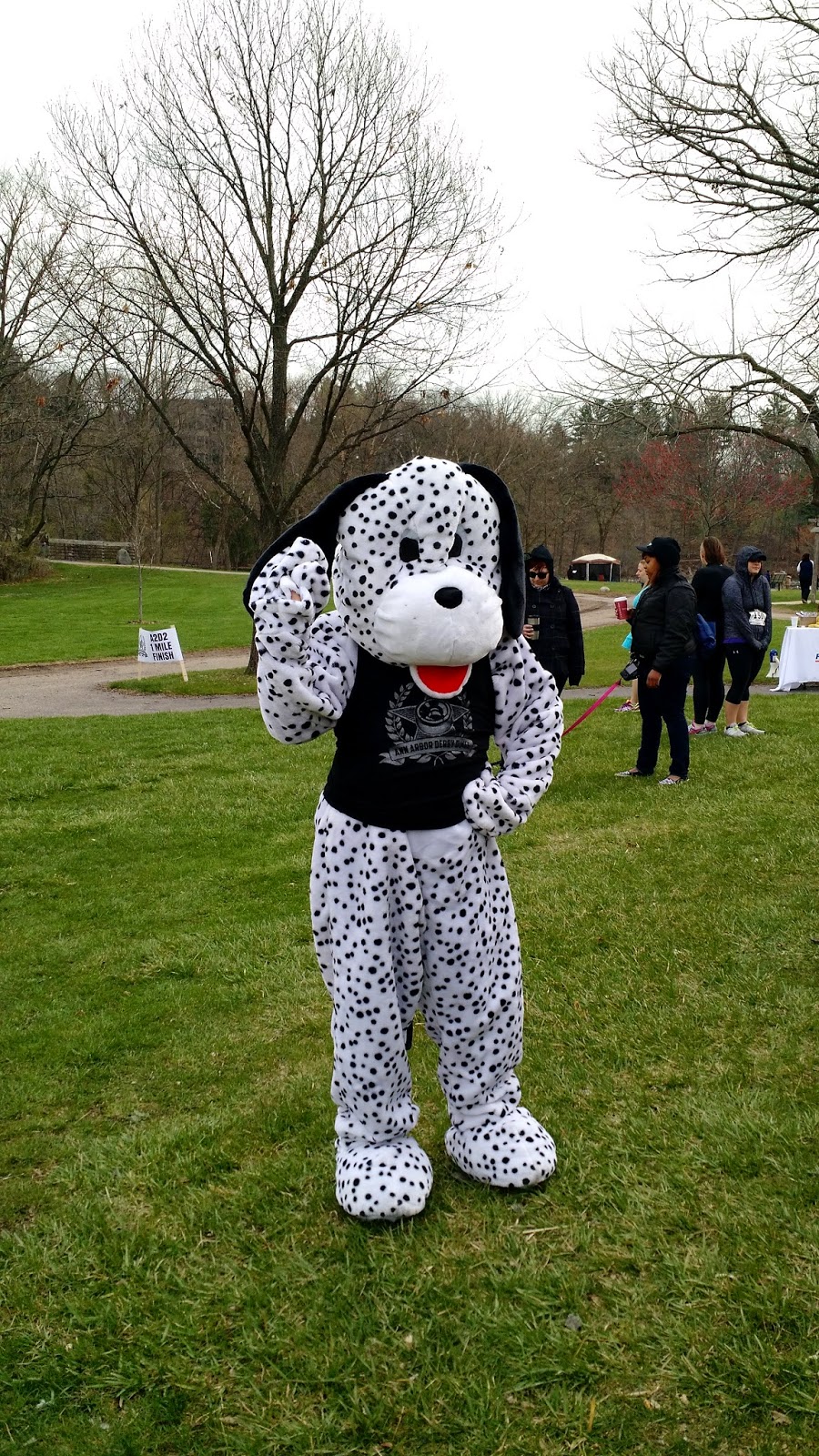 It was well organized and they even had this guy running around. I tried to get the girls to take a picture with it - but ... well .... 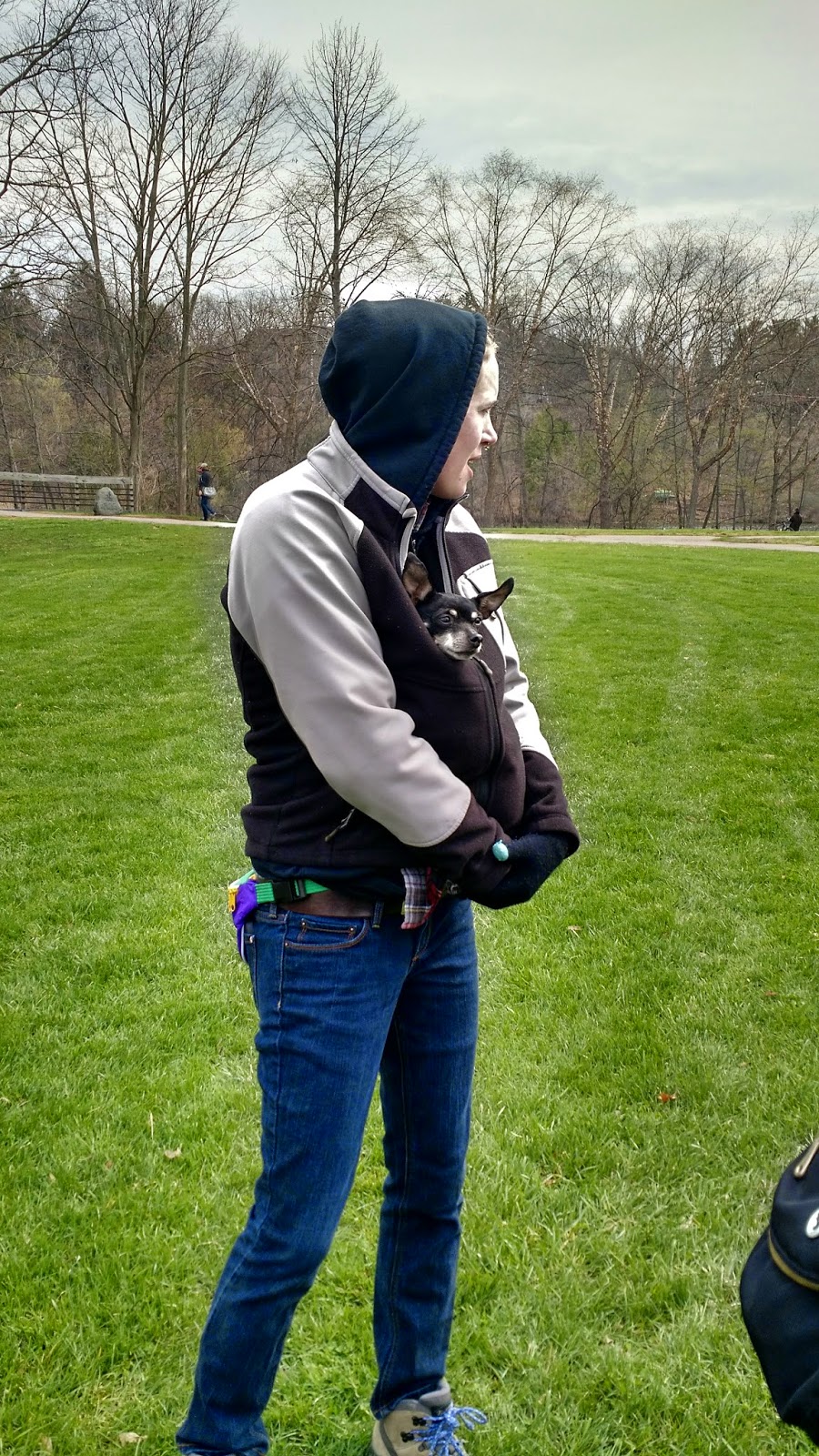 It was cold enough for this dog to be wrapped up inside the girls jacket. :) 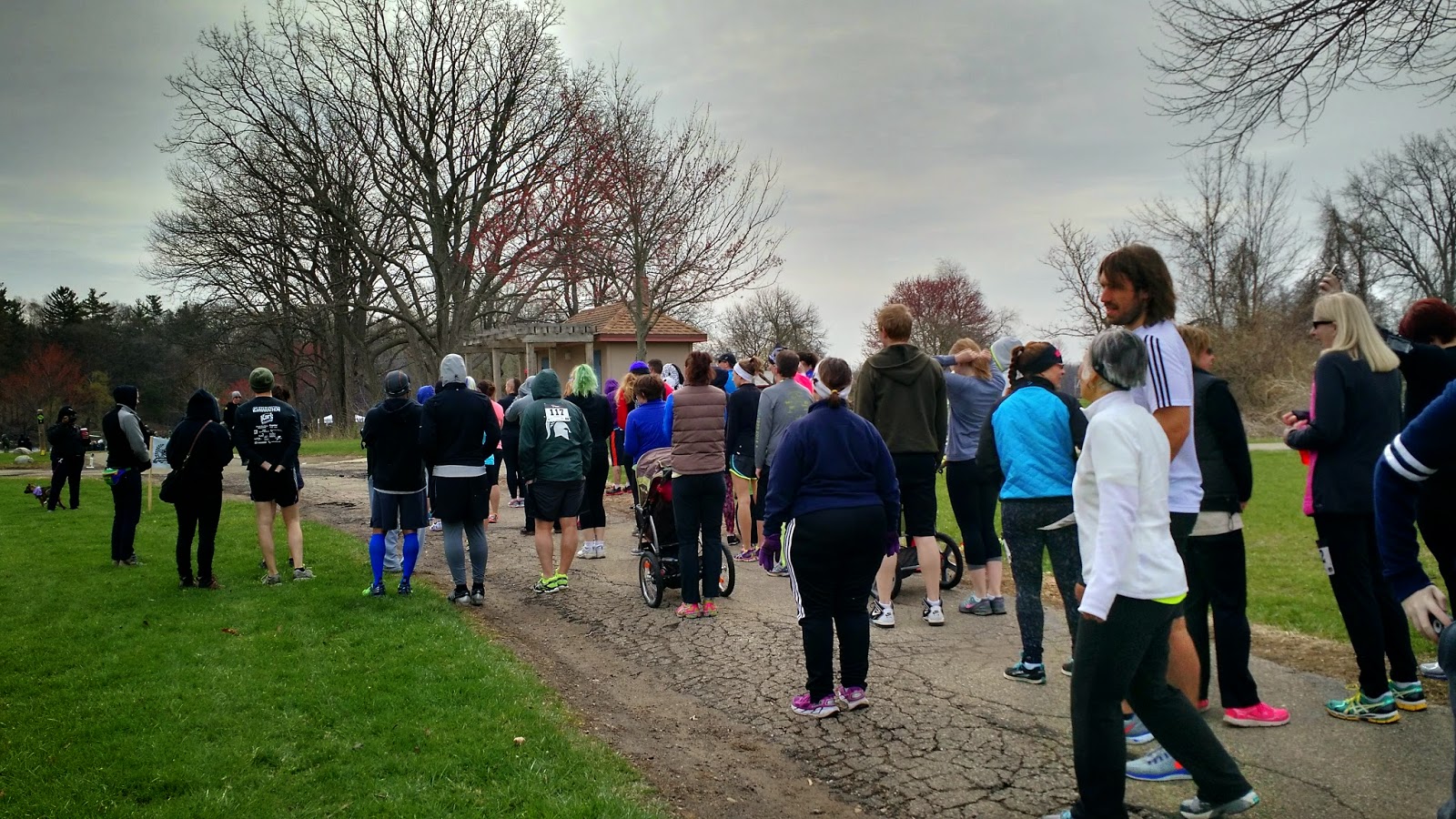 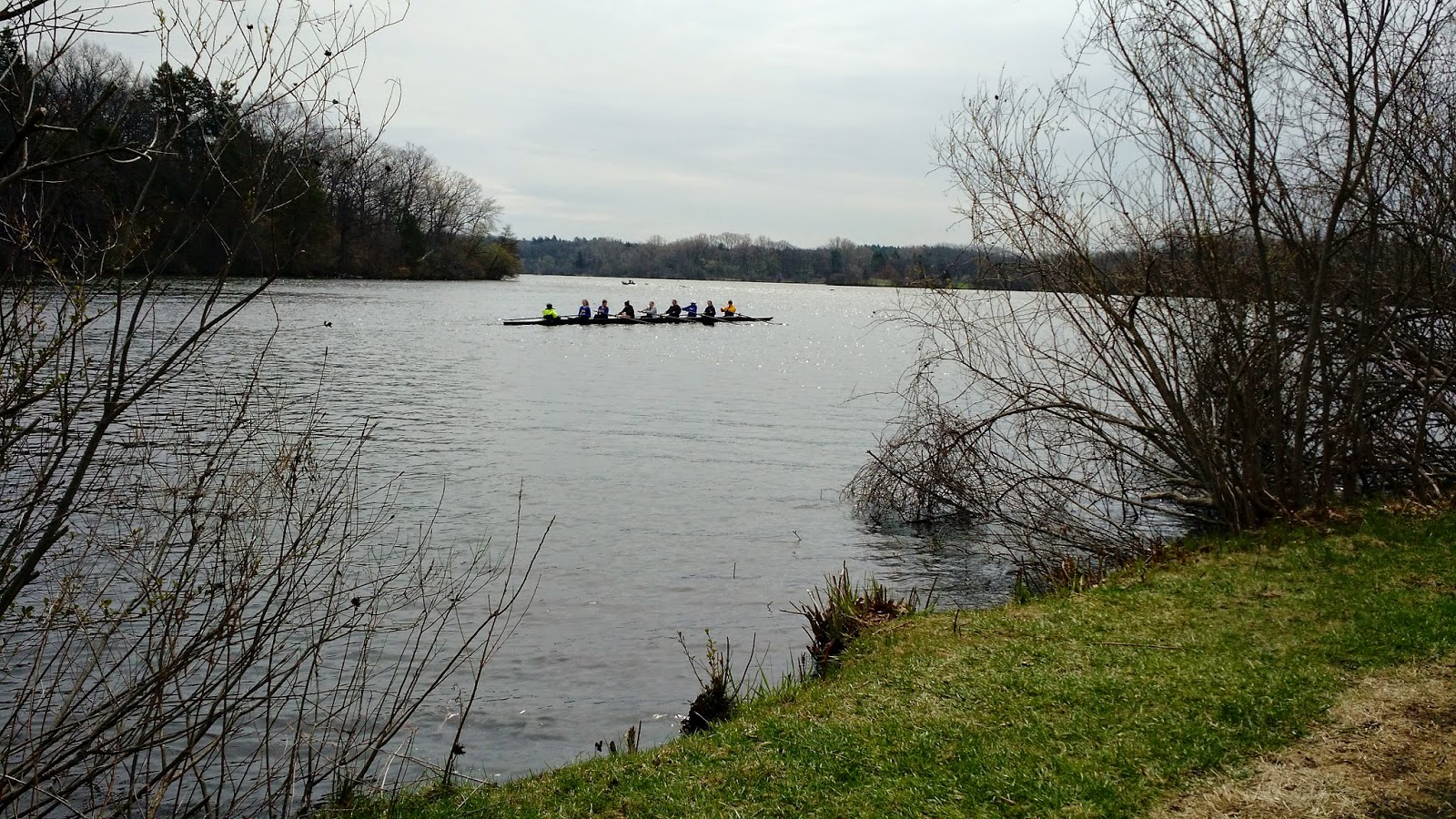 There were some rowing teams out on the lake that day. It actually was pretty busy with lots of activity. 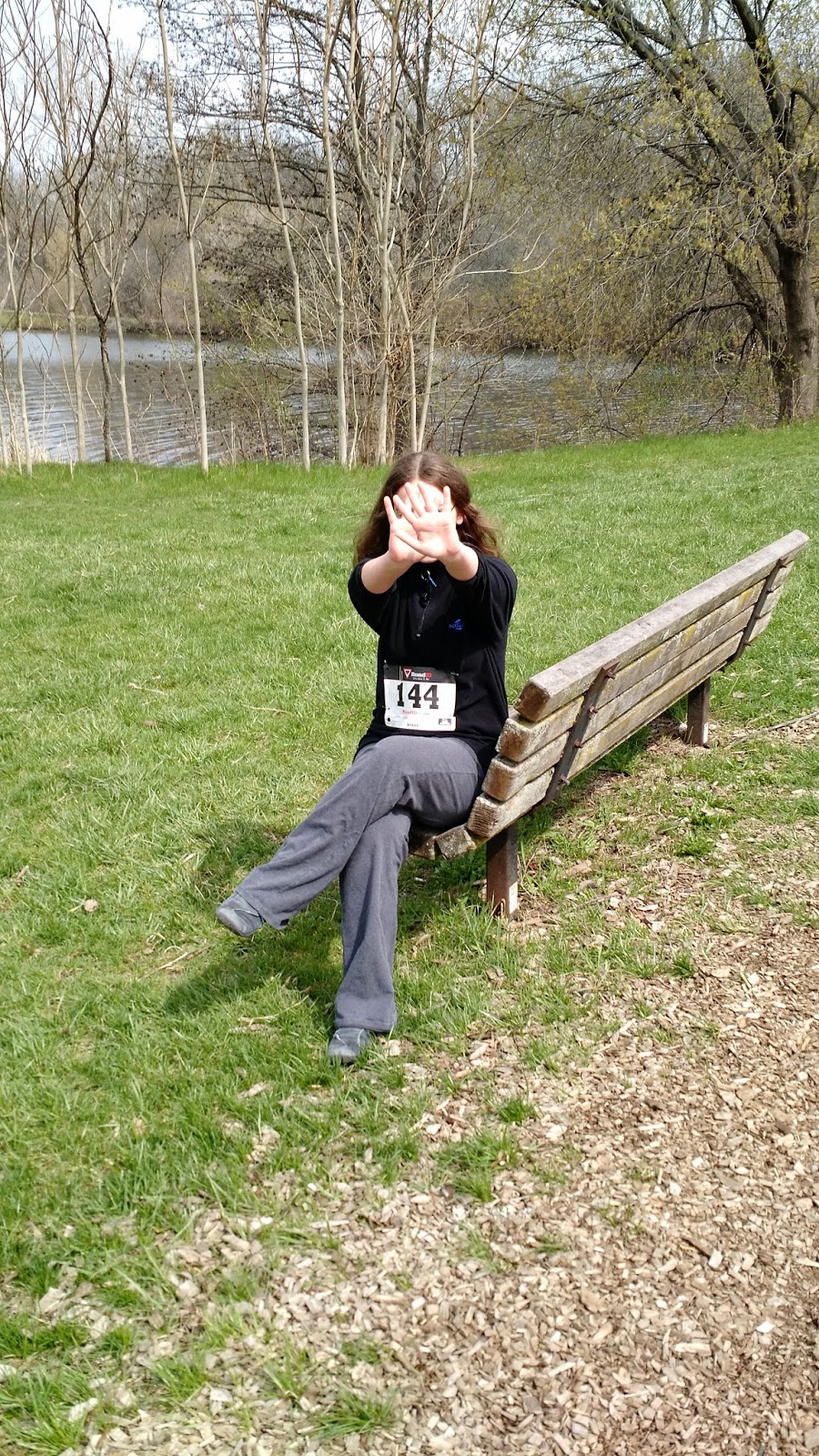 Still protesting and grumbling, we finally got under way. Julia decided on a strategy to sprint from park bench to park bench so she could sit and wait for Holly and I to catch up. 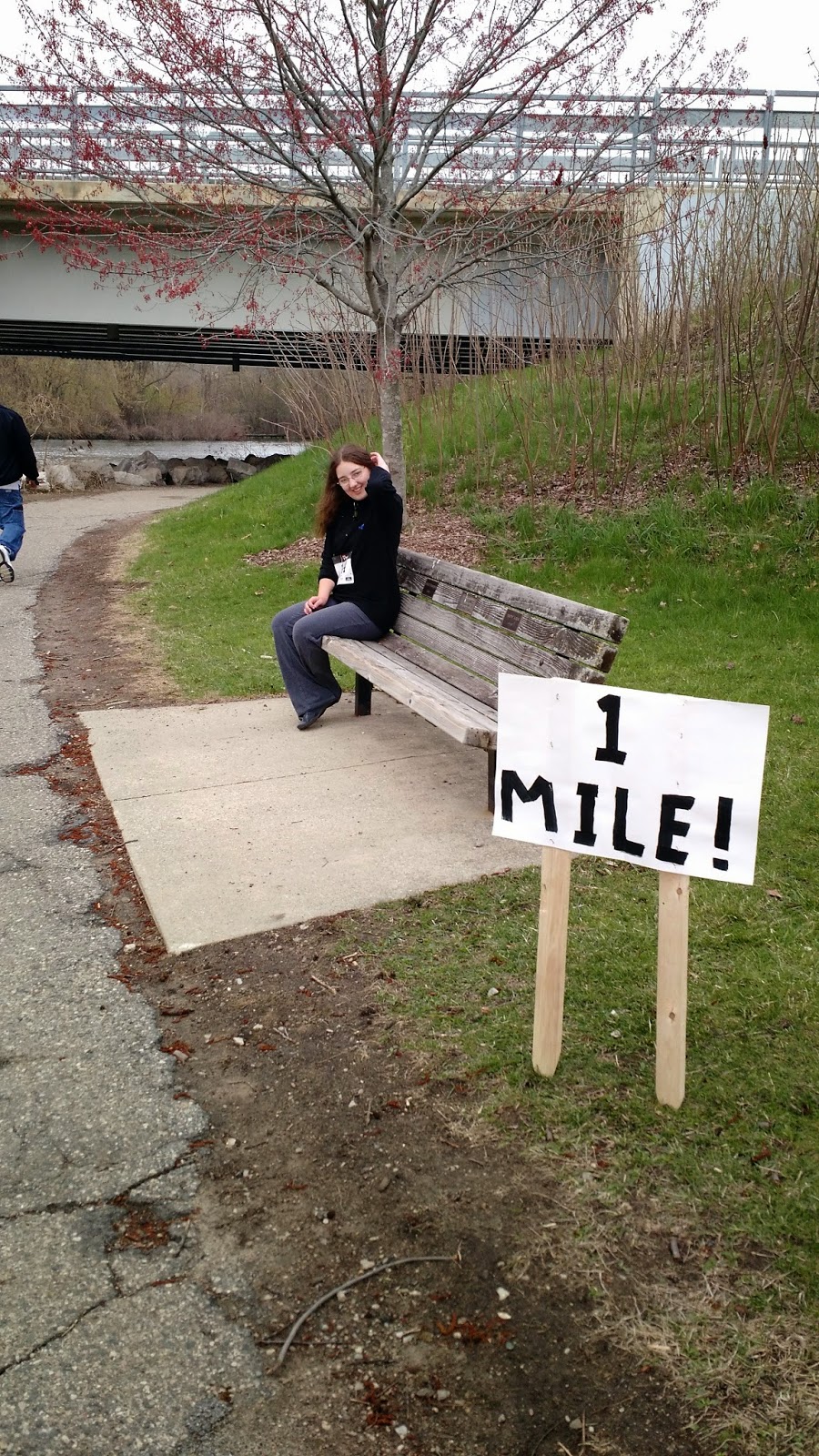 After one mile she was ready to quit, but she didn't. And we made our way around the lake. 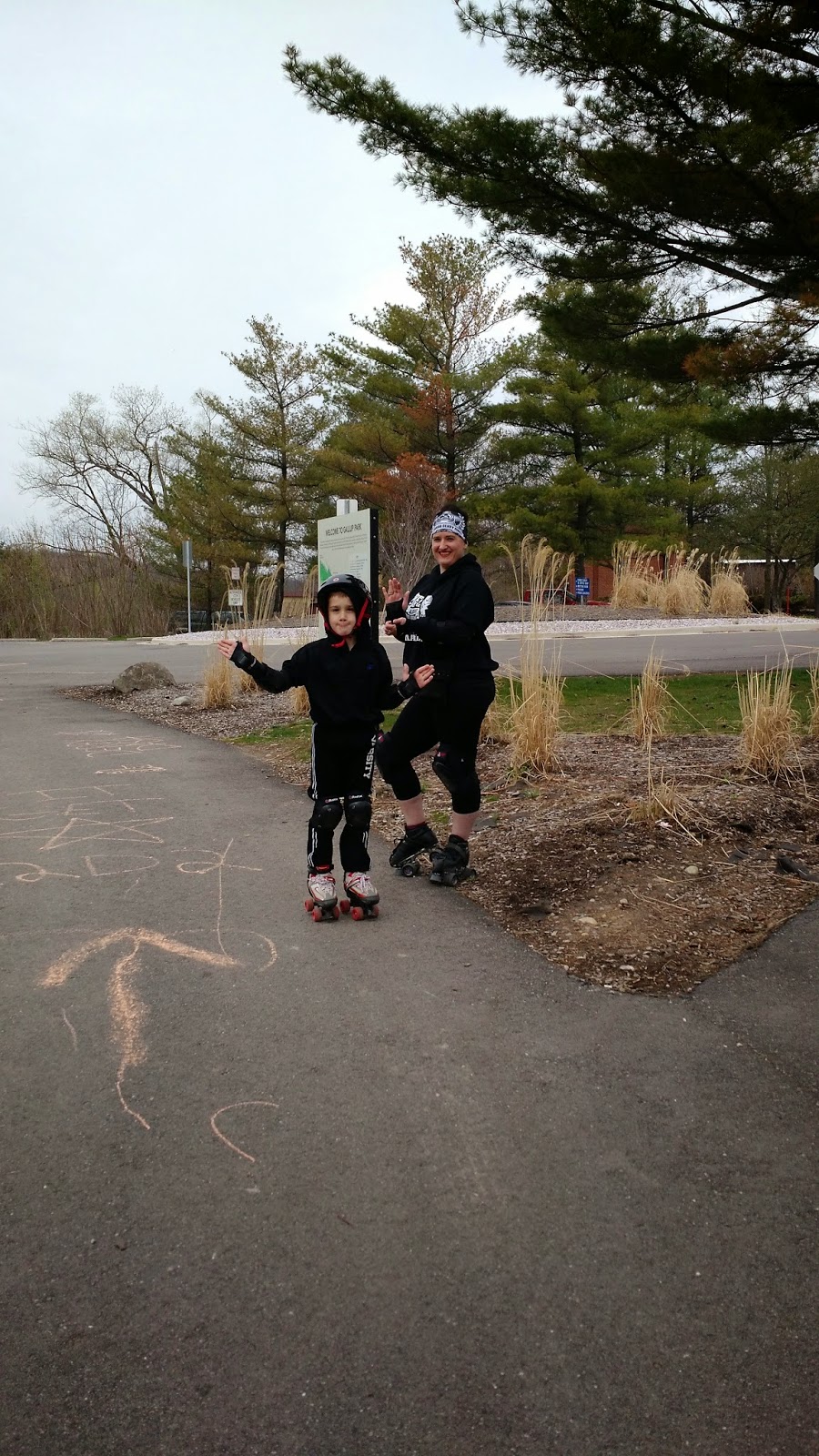 Every quarter mile they had lots of derby girls and family cheering us on. It made me smile. 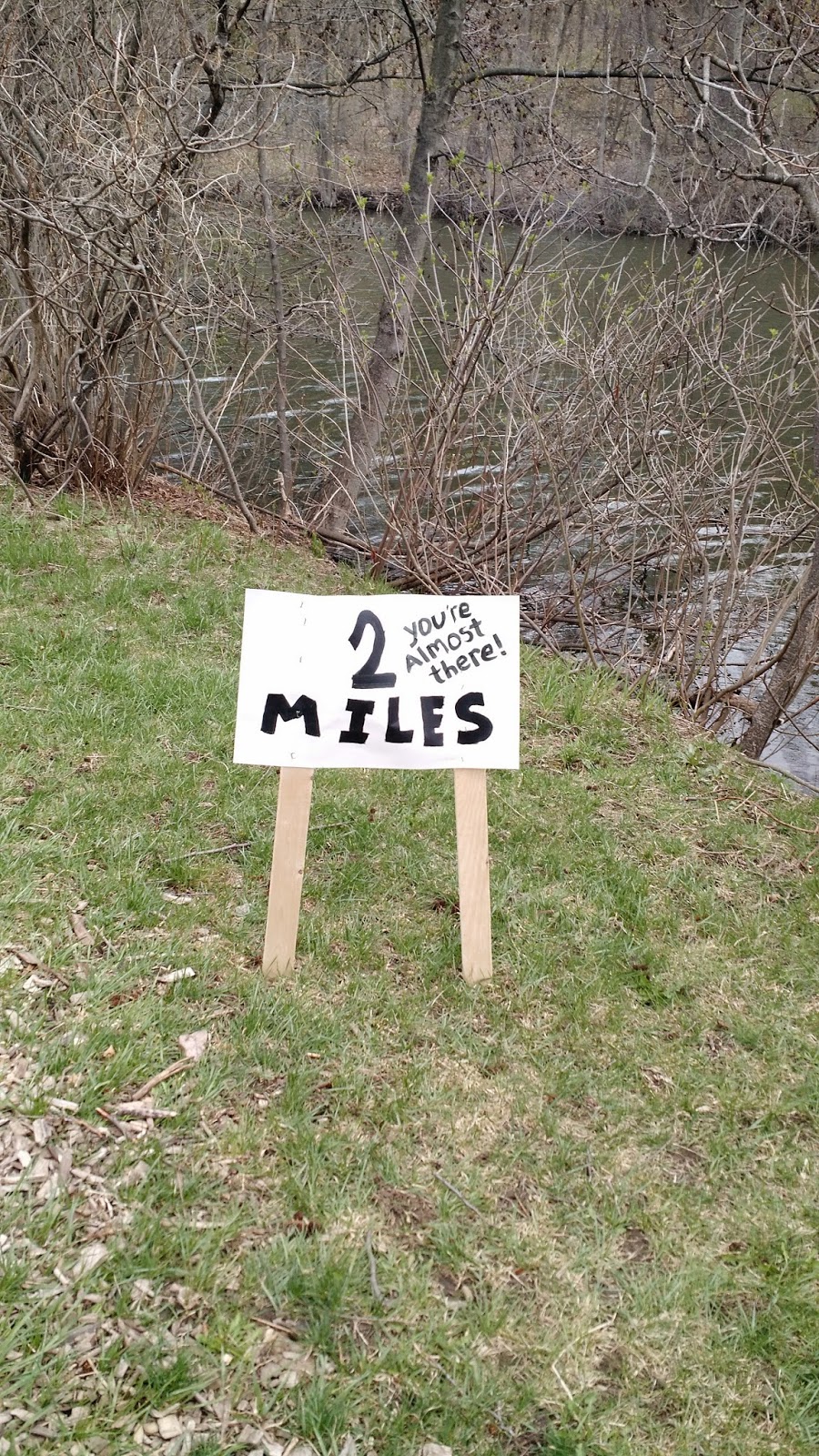 At two miles Julia told me the race was hurting her soul. When the finish line was in sight, we sprinted to finish the race. Julia was determined to come in first and she did. 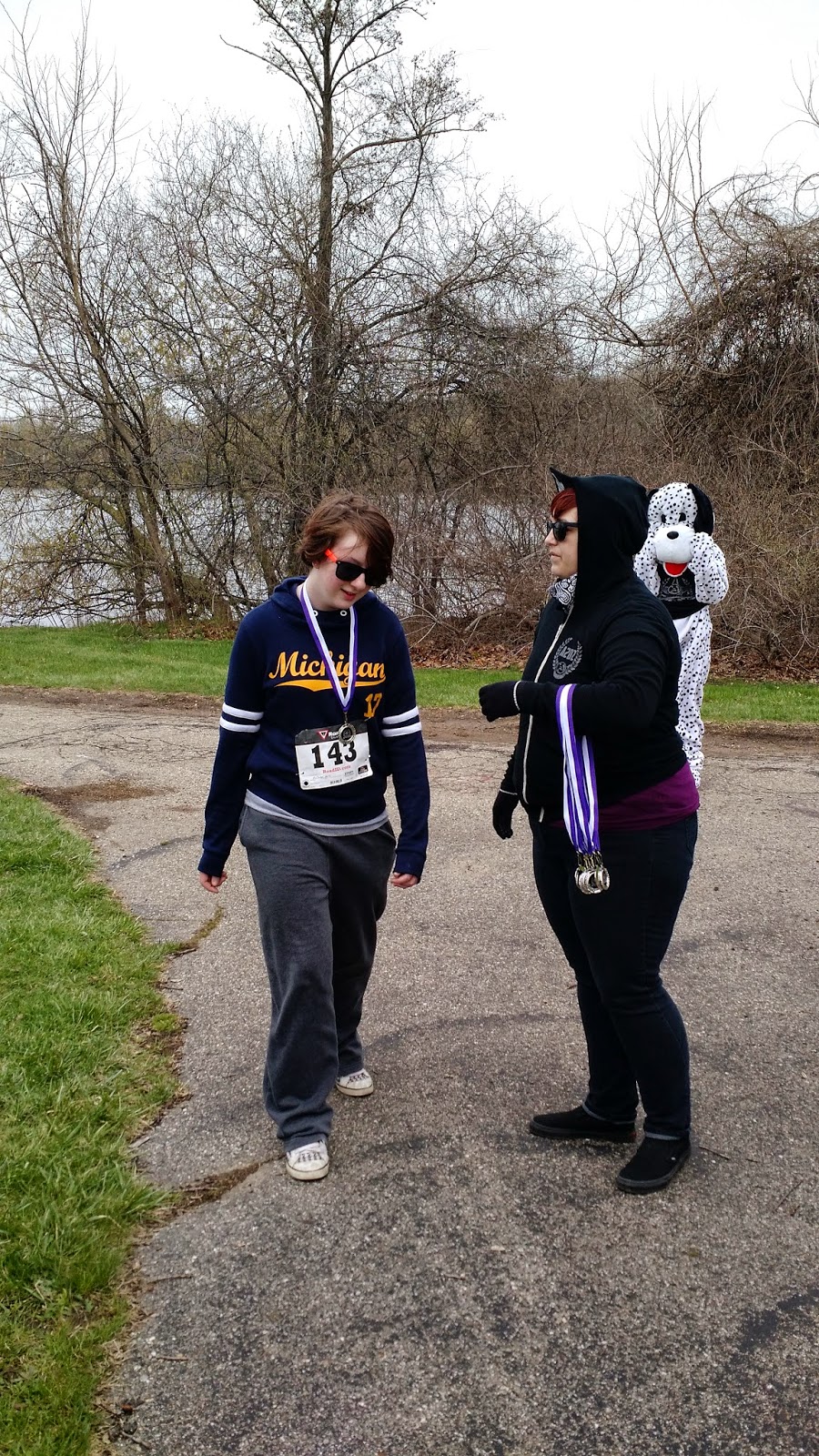 Holly was a trooper the whole time and did really well. The last 5K we did, I had to pull her most of the way. We walked this one and she did great! They gave us medals for completing the race. 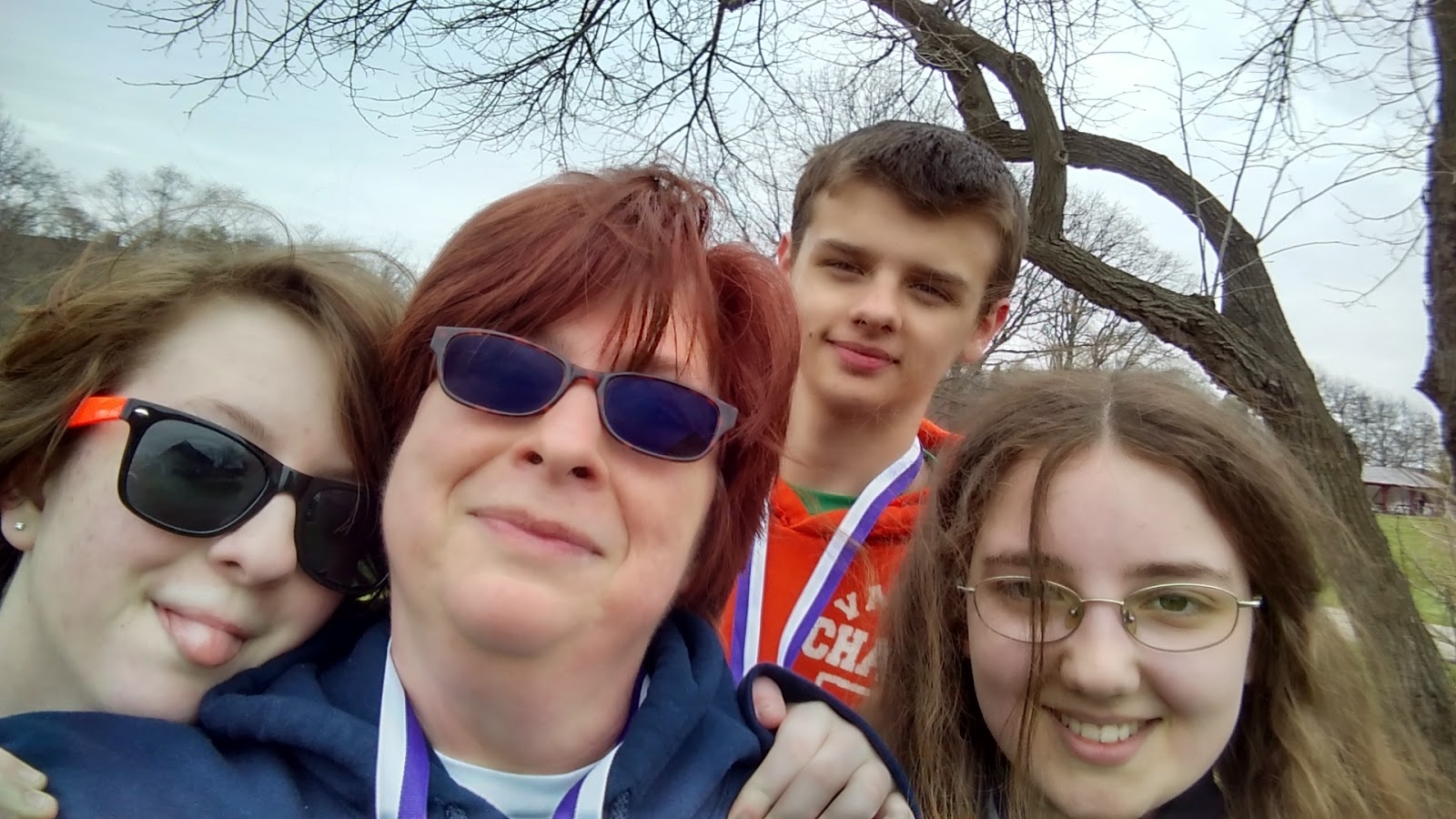 We totally did it! William and Jackie ran the race, the they were there probably 10 mins before we finished. But hey ... we finished. I think our time was about 50 mins. 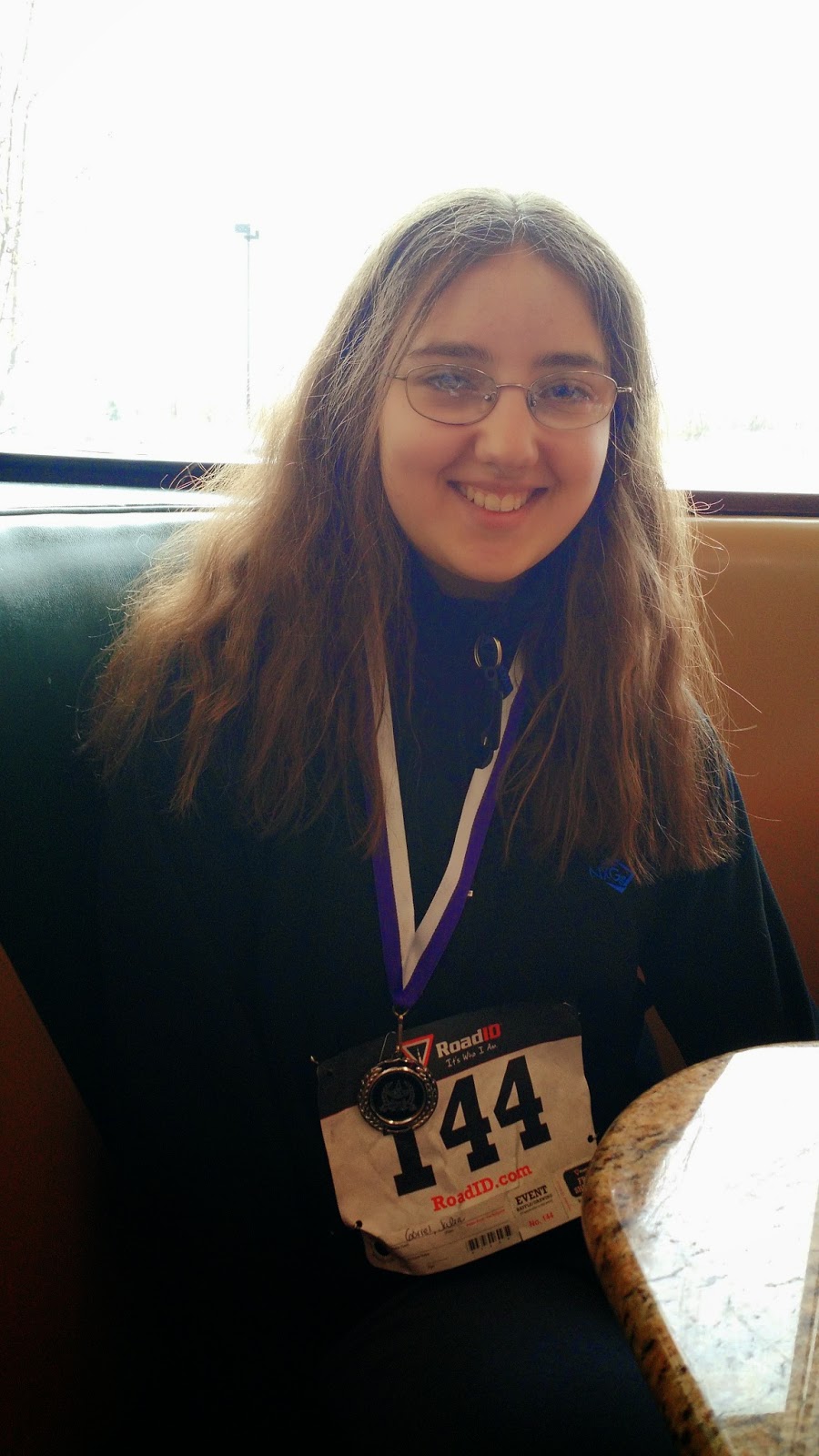 We went out to lunch afterwards and Julia told us this was her first award ever. She wore this medallion all day and was very pleased with herself.
Posted by theTechGrandma at 12:41 PM