I saw on a cooking show where the french cook was making a cake which called for almond flour. I did some research and went to the store looking for almond meal or flour. Finding nothing, I bought 2 bags of almonds and decided to grind them in my food processor. I chopped them up as fine as I could. A quick internet search produced this amazing website called Elanas Pantry. I made her recipe for zucchini bread, (fresh from the farmer's market) and politely ignored the part where she said to use blanched almond flour and not almond meal. Apparently when you fine chop your own almonds, it's called almond meal. Anyways, I made the bread using almond meal and some other really healthy stuff including agave nectar and grape seed oil. 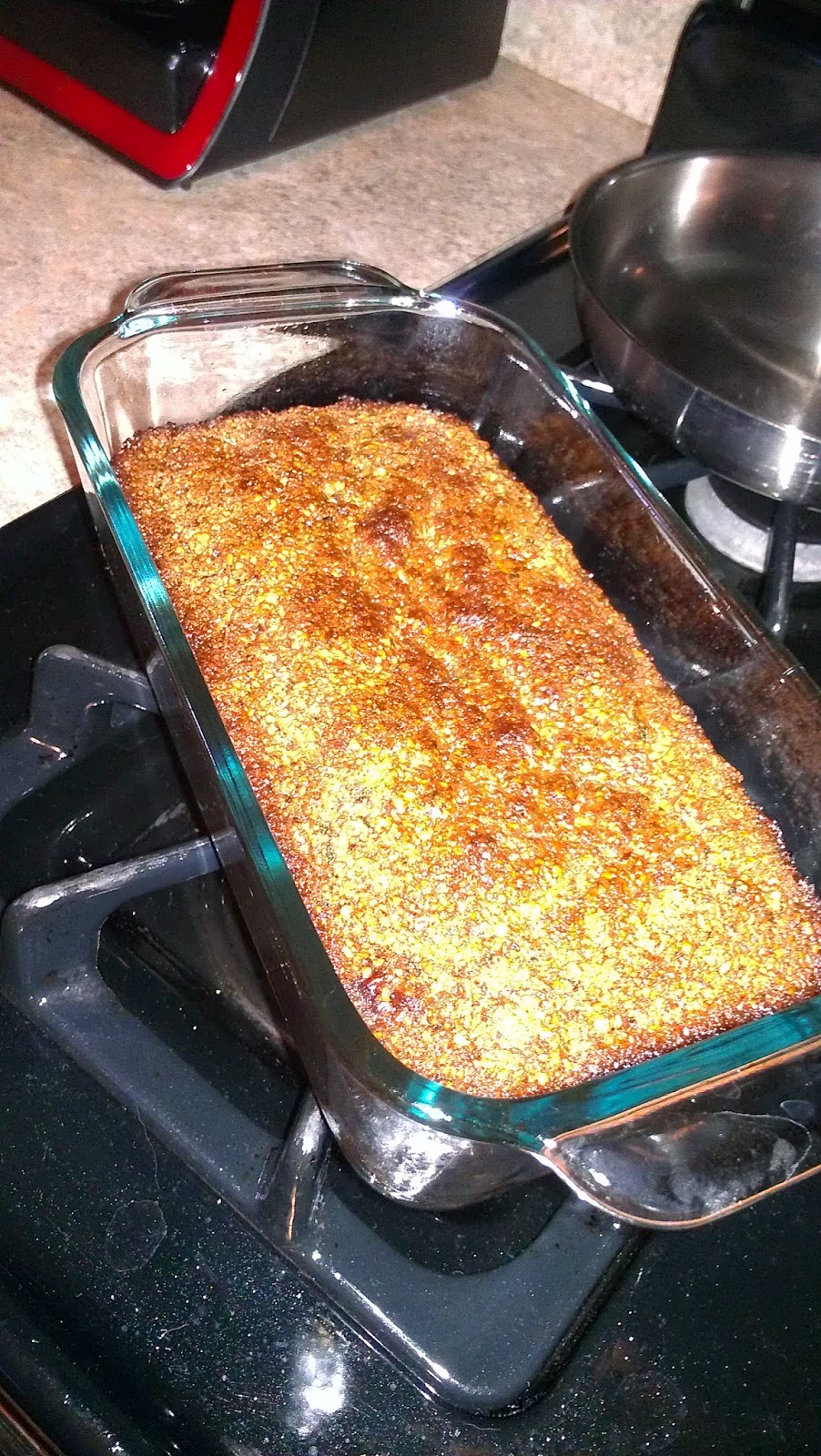 It was ok. Kind of grainy tasting. Didn't taste bad, but the texture was off. Jackie was more than happy to eat it. Even passed it around to some of her gluten free friends at work, they all liked it. What had I done wrong? Well ... even though she specifically said not to use almond meal - no, that couldn't be it. I took out the coffee grinder and ground the almond even finer. Not only did I grind them finer - but I sifted it too. And followed her recipe for cookies. 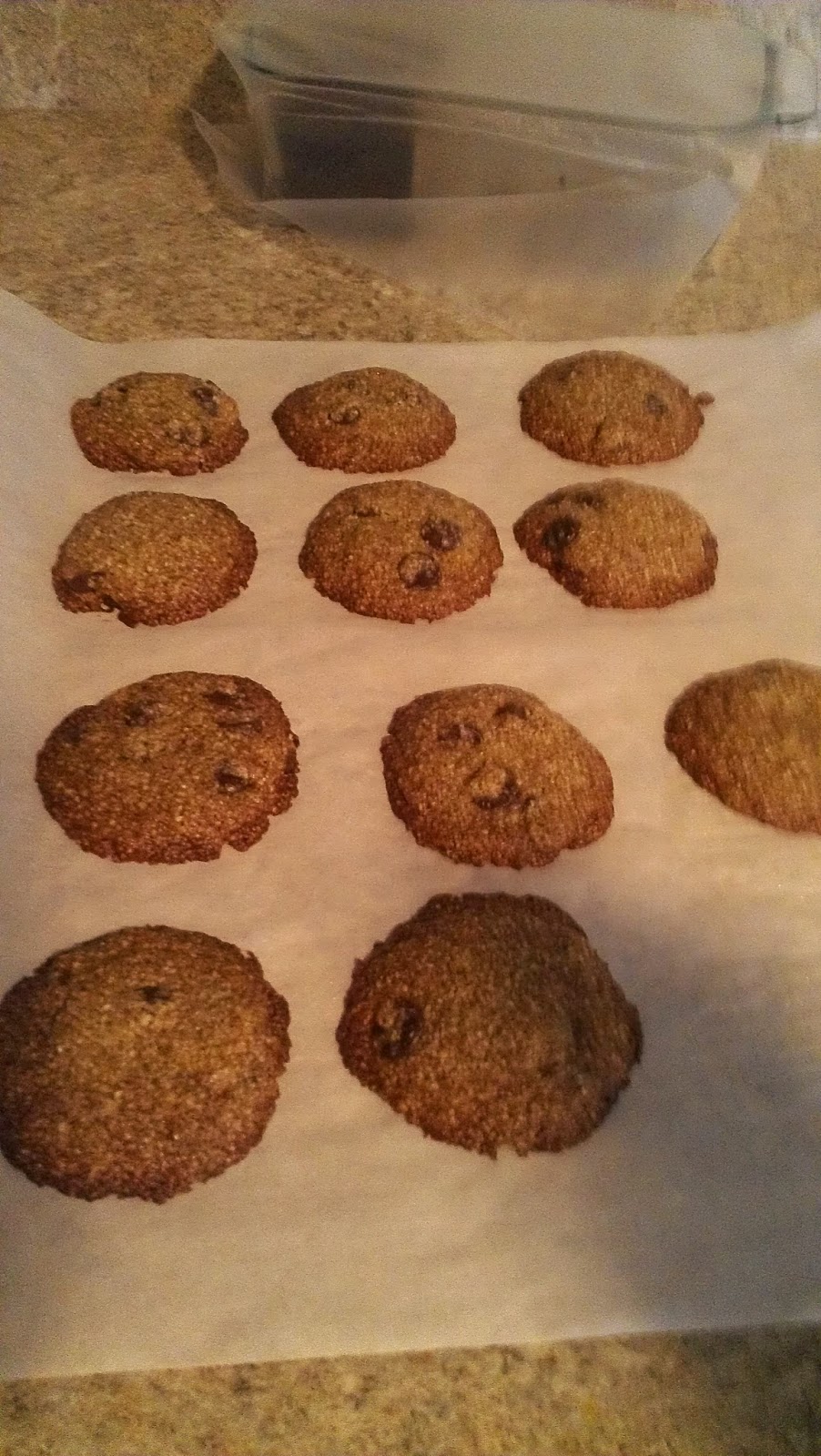 Sooooo good! Texture was still off, but closer. I followed Elana's recipe for chocolate chip cookies and used dark chocolate chips. So good! OK, I was finally convinced I should try the almond flour now. So I went to one of the websites Elana recommended to buy almond flour - Nuts.com and I bought a 5lb bag of flour. With shipping - $50.00. Holy crap! What was I thinking?!

I immediately got an email saying that my order had been processed by this guy. 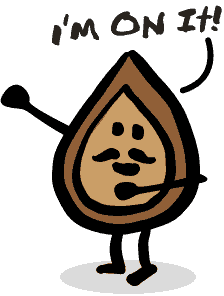 And a few minutes later, another email saying it shipped.

A few days later, I received the following email:

Hip hip hooray!  Hey there nutty Tammy!  According to the galactic deliverypowers that be (aka USPS), your shipment has been delivered.  Yippee!  Wecertainly hope it deliciously smashes your expectations with enough forceto crack a macadamia nut in the shell!!!Uncle Sandy, Cousin David, Dad, and I would love to hear from you, so whatare you waiting for?
Again, thank you, and remember:Enjoy, have a great day, and smile away!~Jeffrey and the Nuts.com Family

So freaking adorable!! I immediately IM'd my daughter Holly. Was the package there? Yes mom, it is. I couldn't wait to get home and find my golden almond flour. Upon walking in the door after work and not seeing the package anywhere, I went to the front porch. There it lay. She had checked to see if it was there, but not taken the time to actually bring it inside. Teenagers! Really? 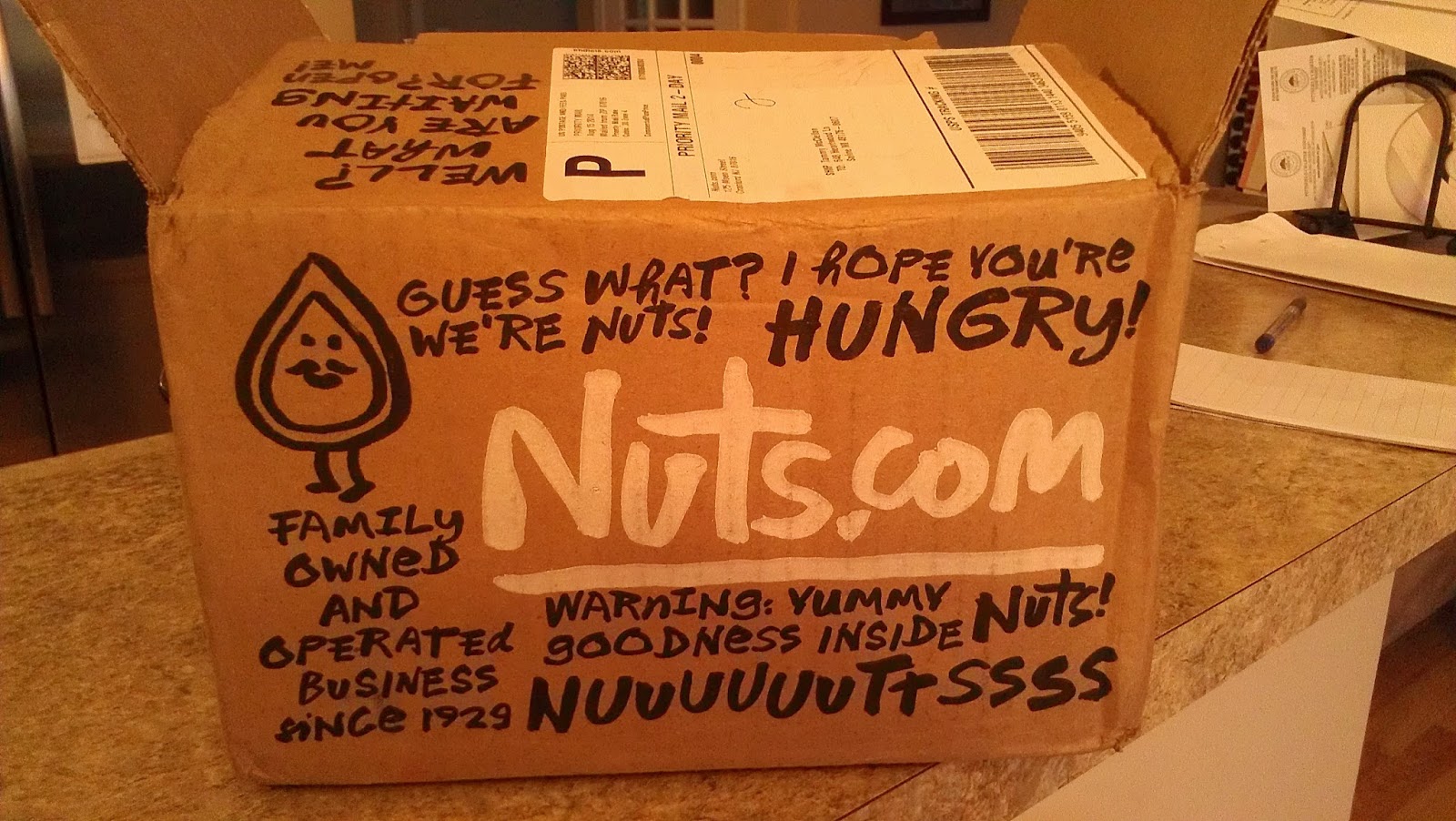 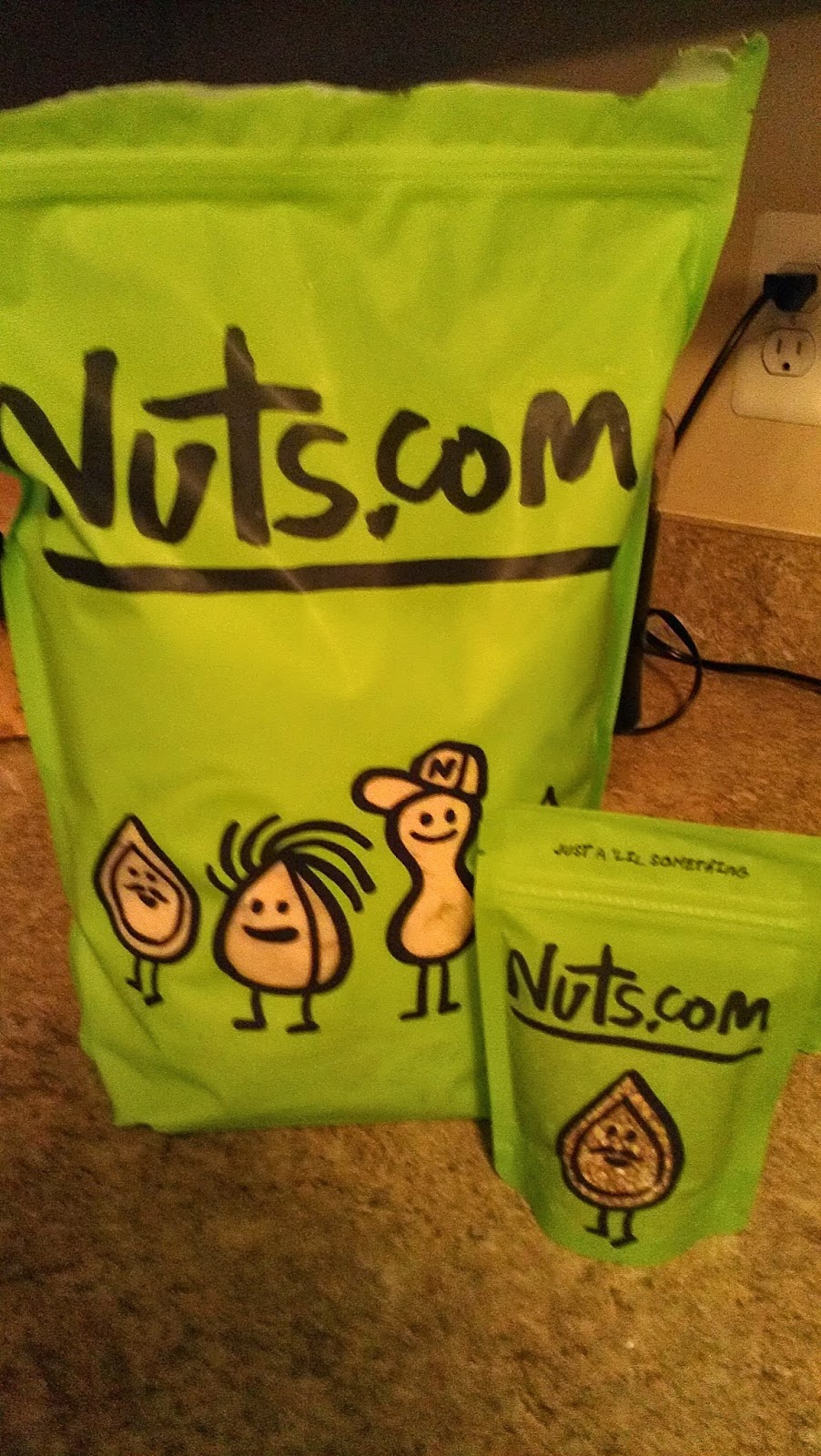 My daughter Jackie (the one with the gluten allergy) came in for lunch the next day and I began to tell her about my almond flour. I turned over the bag and read the story printed on the back. 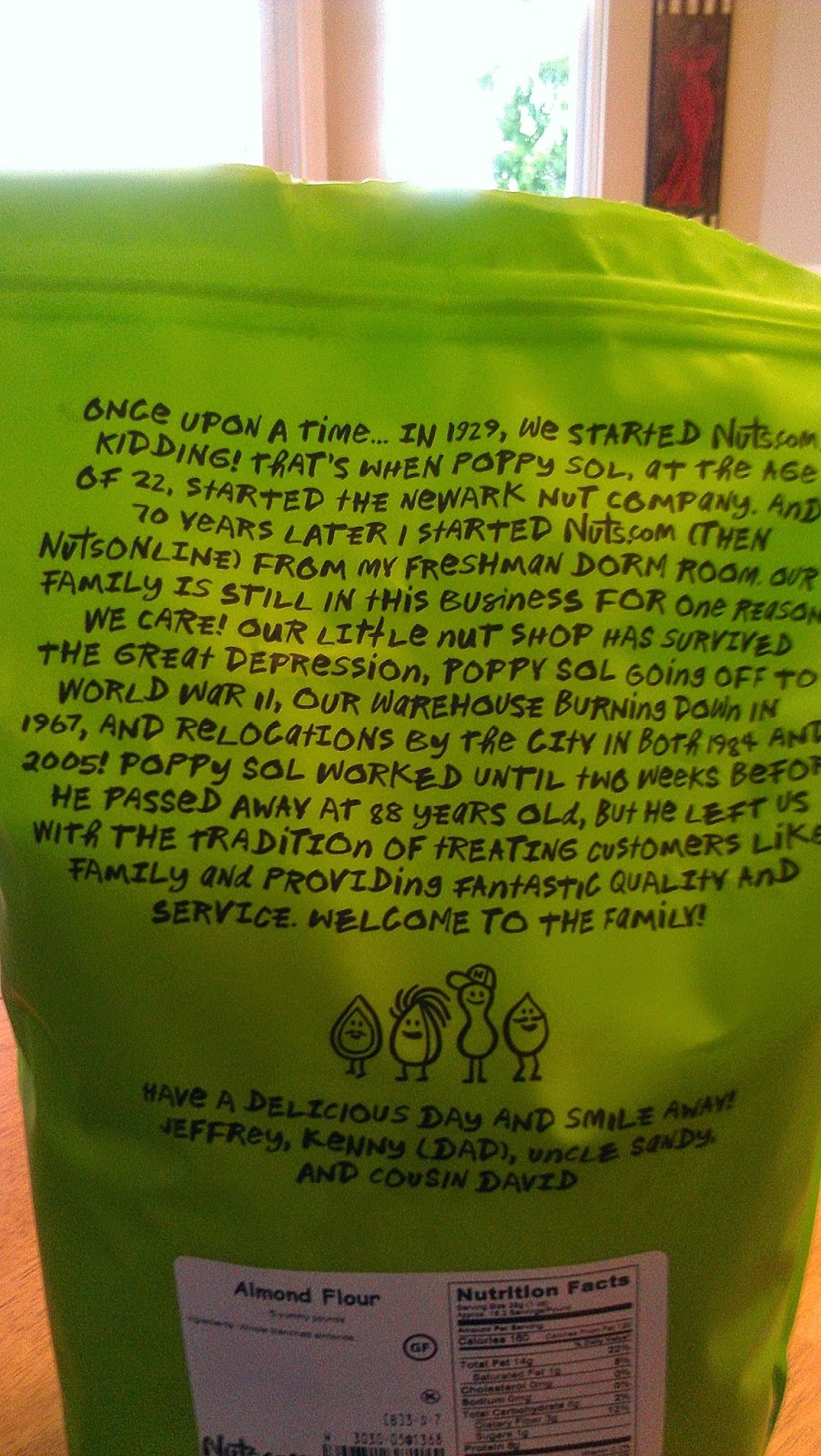 They told the story of Poppy Sol and how he started the business and his adversities and how the grandson started the online part. I was family now, deemed by Jeffrey, Kenny, Uncle Sands and Cousin David. I was hooked.

I immediately began to formulate my recipe for pizza. Yes pizza! My evil plan was to make a low carb pizza. I found a recipe online here for the crust. I usually made my pizza homemade from nice fluffy gluten based white flour - but not tonight! There was no rising time, so I made the dough and followed the directions. Ta-da!! 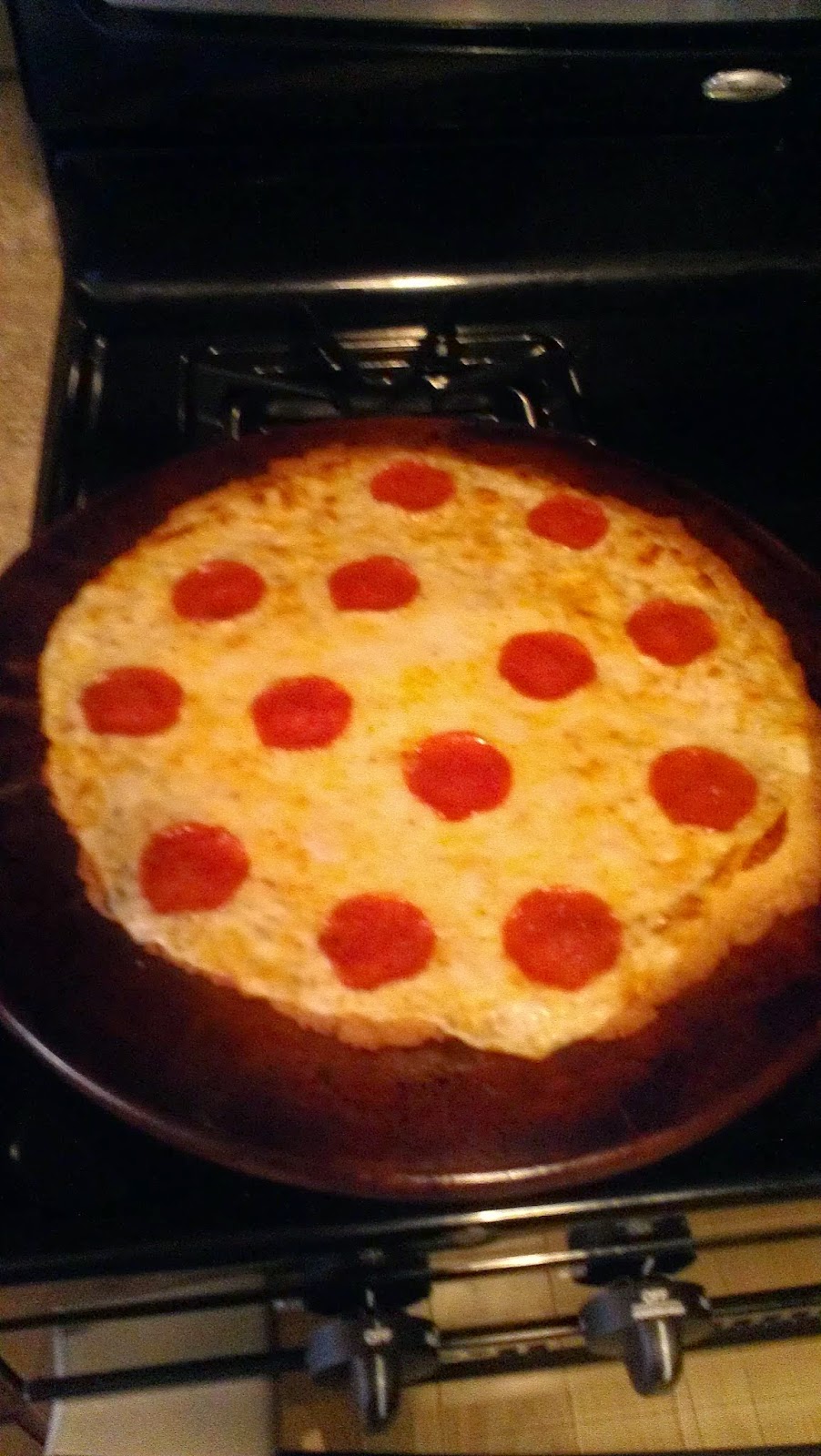 My husband Burke walked in the door. "Something smells amazing!", he said. He said that most nights. :) As he was shedding off his work day, I told him the story of the golden bag of almond flour. He's recently lost 33 pounds, so he was all for a low carb solution. "Sounds yummy! Let's eat!", he proclaimed. We called everyone down to the table for dinner, and as they rounded the table I exclaimed, "Don't touch my nut bag! It's golden!" Well, the jokes ensued .... one after another. Again.....clean family blog. 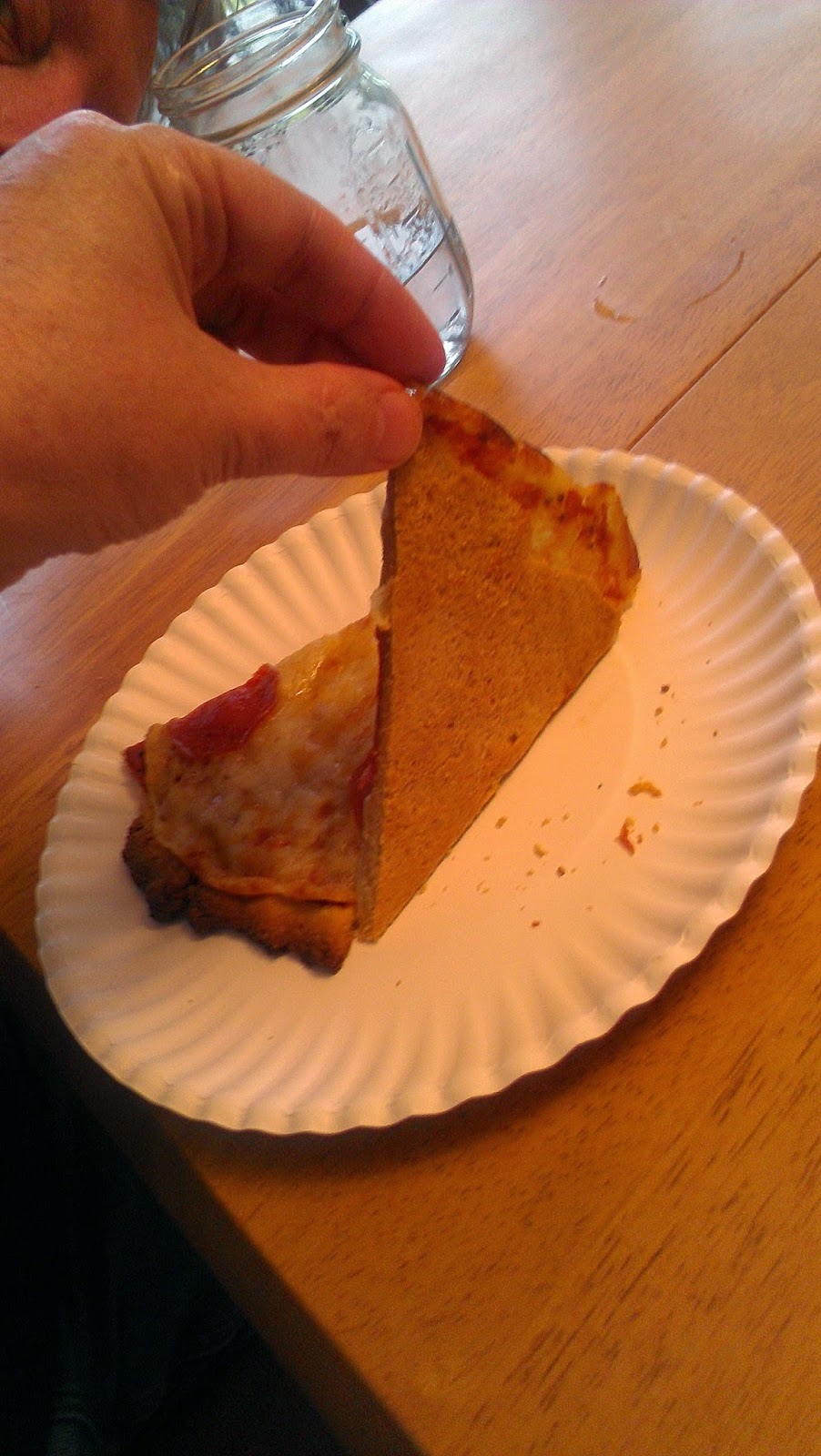 The crust was a beautiful golden brown and as everyone (Burke, Holly, Jason, and I) took our first bites, I saw the looks of joke ridden fun turn to oh god - what was that! The crust was good - ok. Not spectacular, and it wasn't the flour - it needed something. And I'm still not sure what that something is. Some seasonings perhaps? It was very bland, which is was only made from eggs, flour, and baking powder. It definitely needed something. They ate the entire pizza, so it was not horrible.....it just needed something - can't quite put my finger on it.

Oh well..... back to the drawing board!
Posted by theTechGrandma at 6:15 AM