Then I heard it .... a small muffled cry that increasingly grew louder. "Mom? There's something wrong, they are sending me to the hospital by ambulance."

Jenny was 6 weeks from her due date. I immediately left work and met the ambulance at the hospital where her and Bobby were. I had been fighting back tears the whole way. The tears were trying to give way to sheer panic. Nope, it's won't do anyone any good to do that, so I talked myself back off the ledge. They admitted her into the hospital.

I spent the night in the hospital with her and during the night hard labor began. Matthew was born the next morning ...... healthy. A mere 5 pounds, 2 ounces. Everyone was fine. They both were in the hospital for a week. 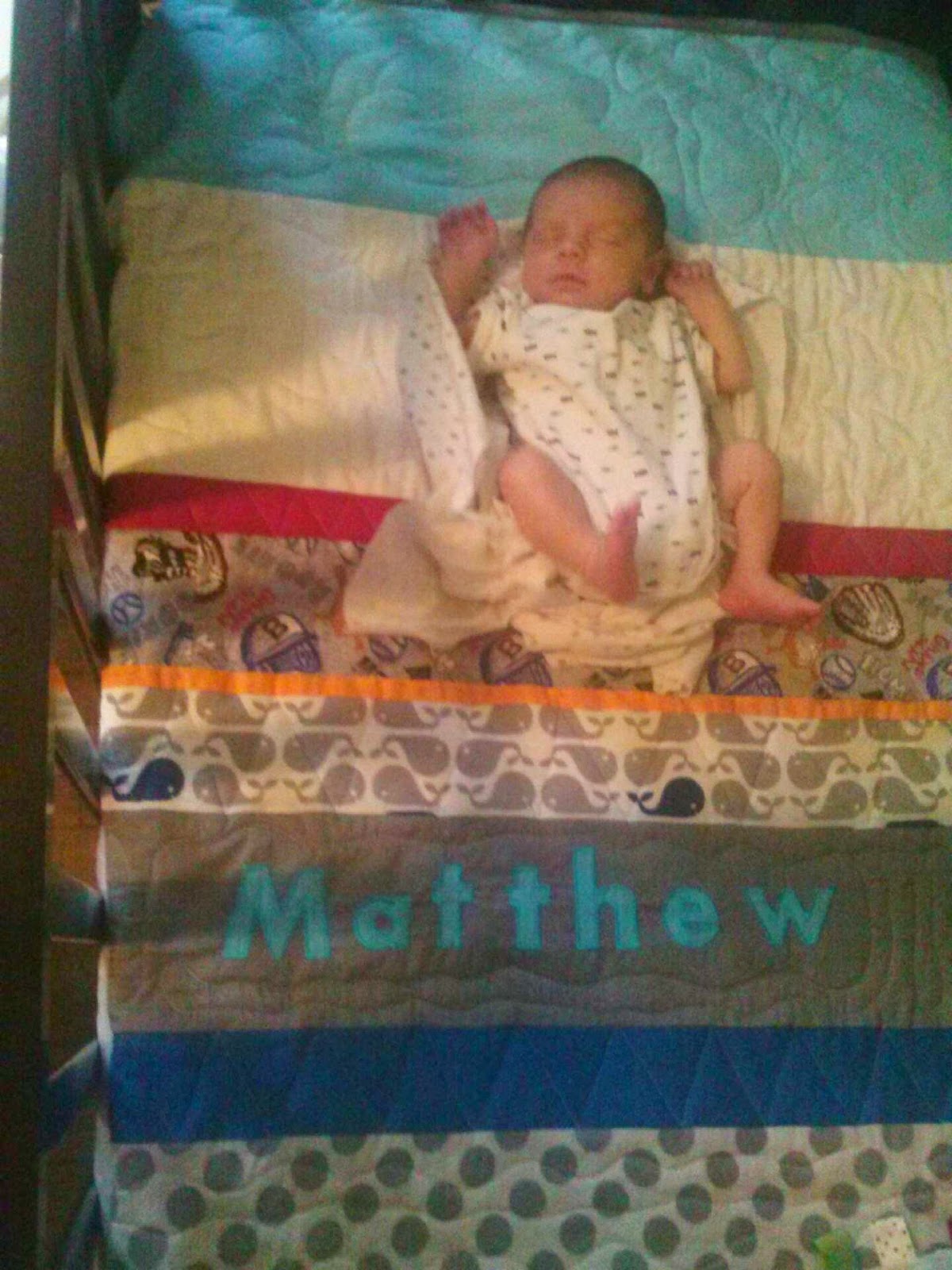 Isn't he adorable? We planned to have a small family get together after they left the hospital, so I got to work on the quilt. After much deliberation, I finally decided on the design above. It's life represented. Yea ... life represented. 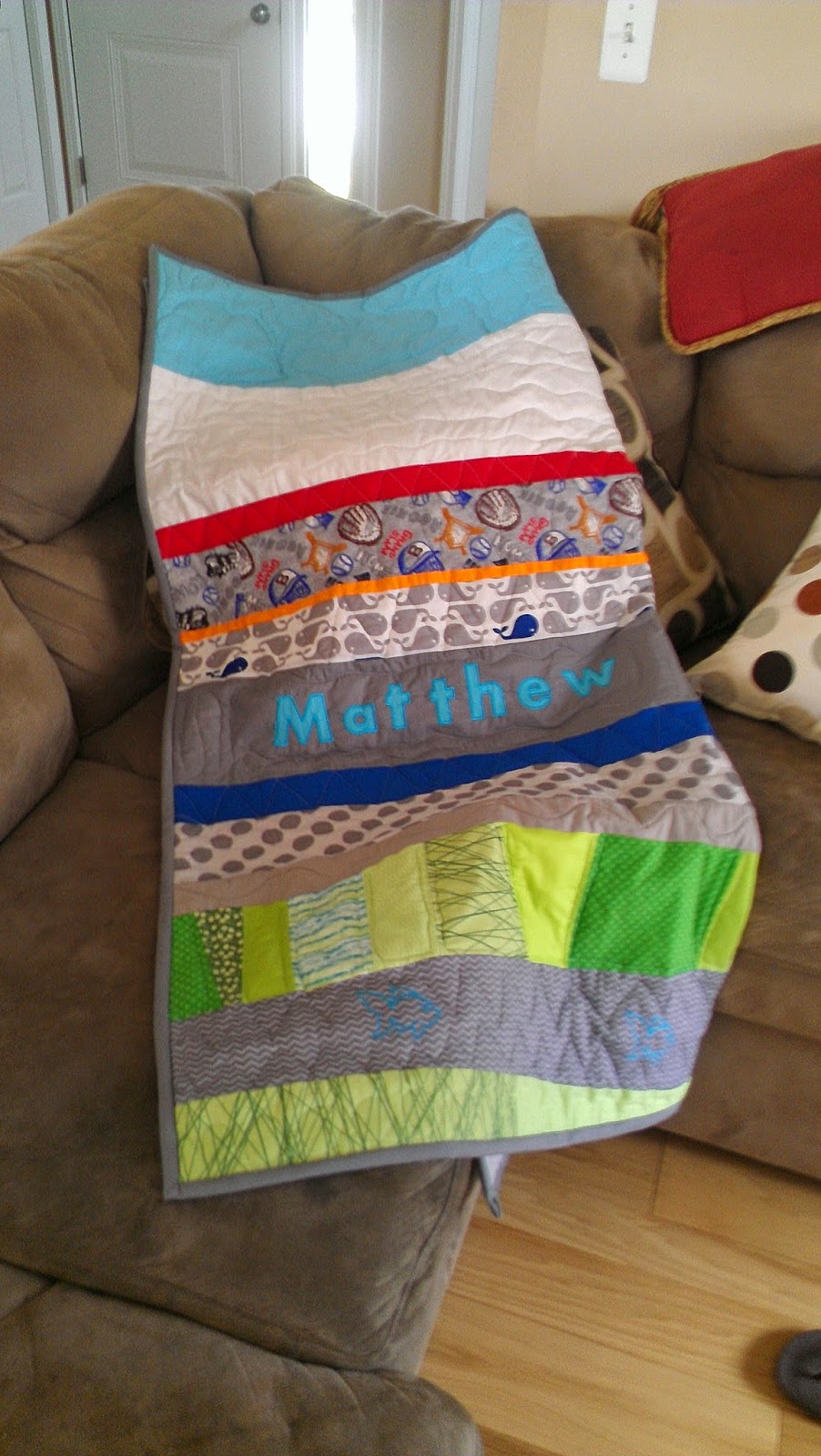 The top part is the sky and clouds. The bottom is grass, a stream and more grass. I even embroidered some fish swimming in the stream. The stuff in between is horizon with bicycles and sports. I used my Brother PQ-1500 quilting machine, which is awesome. Cool and fun. 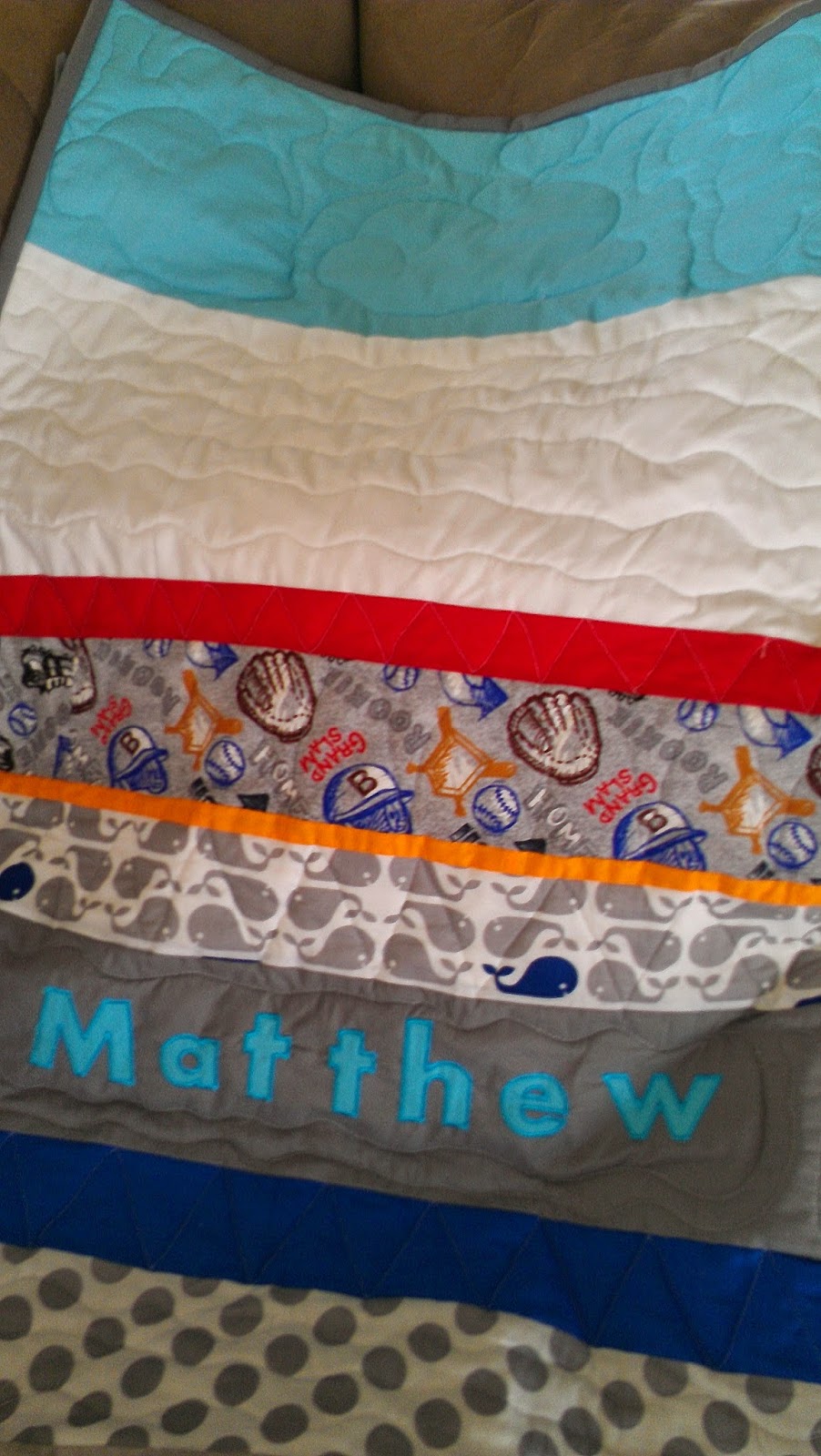 Darn! All the pictures I took of the quilt, I had folded it in half. It is a standard size crib quilt. I used a method I found here. The method shown here is more curvy - but I figured out how to do uneven lines. You can see better towards the bottom with the greens and browns. Nifty stuff. 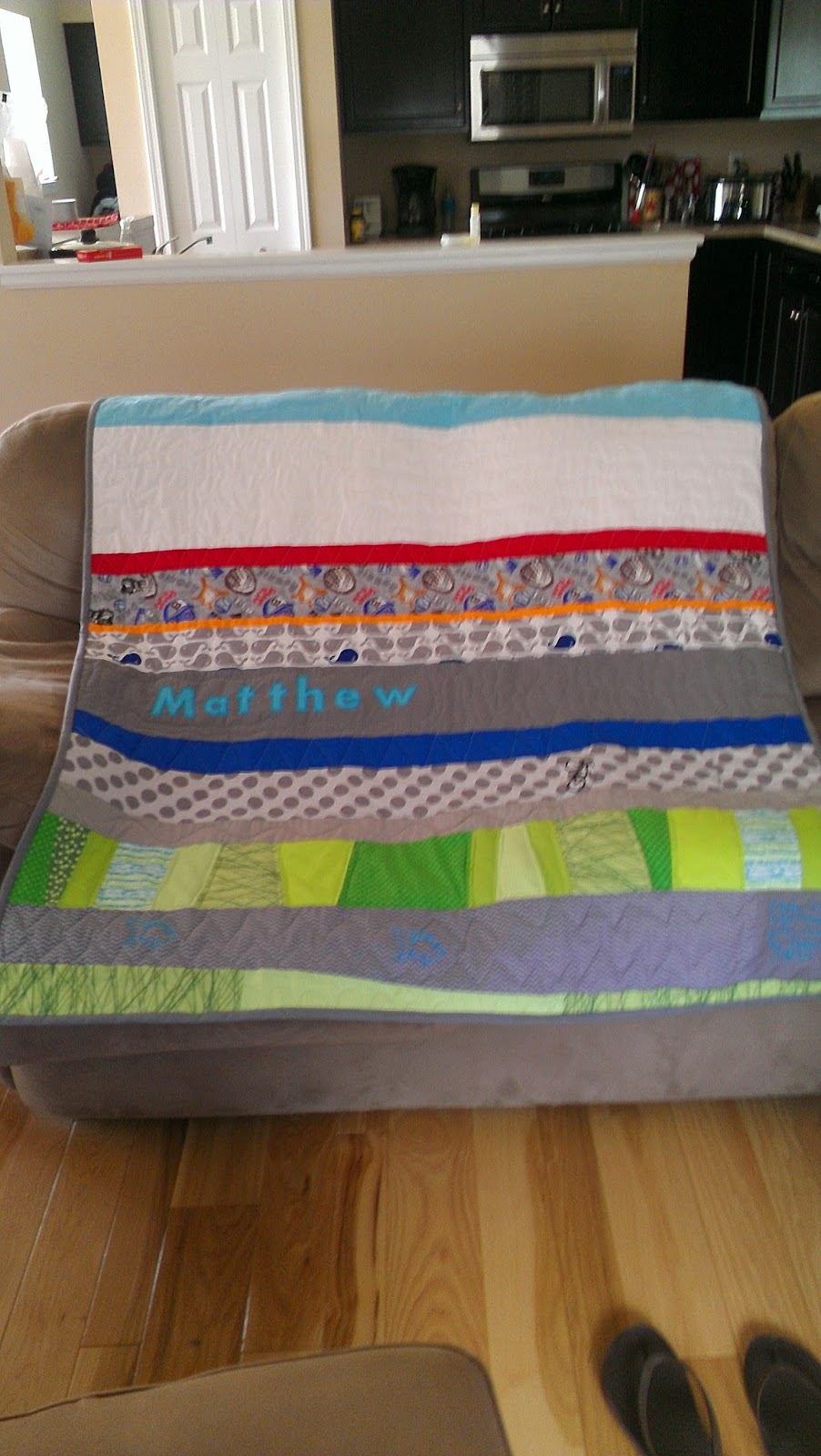 The whole thing took about a day to make and now it cuddles a young guy most precious. 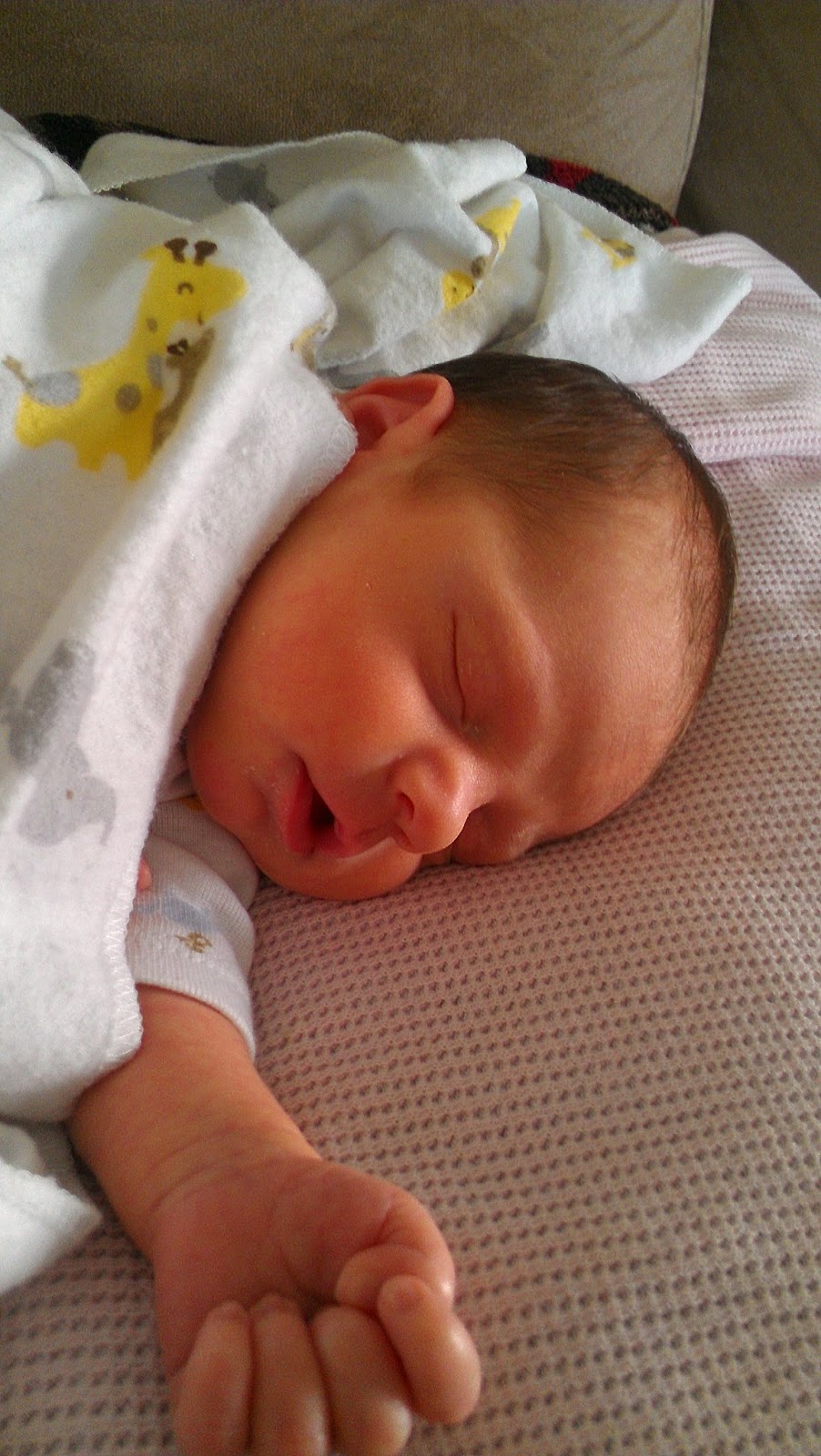 Posted by theTechGrandma at 7:09 PM