I first met Alice back in 1982 not long before her son, Bruce and I were married. My very first memory of her was meeting her and her husband Bill for dinner. I was 19, pregnant, and her son and I had planned to get married and this was going to be the topic of conversation for the evening. Not bad for a first dinner right? I was so upset and nervous that I had a glass a wine to calm my nerves which just made things worse - cause then I felt sick.

When Bill left the table to go to the bathroom, Bruce seized the opportunity to tell his mother the news. I just remember him saying, "Tammy's pregnant." Her looking at me for a few seconds which felt like an eternity and then she said, "Congratulations." We left it to his mother to tell Bill and got through the rest of dinner. Sick, so sick.

We were married quietly, inexpensively in Chelsea, Michigan on August 13, 1982 (Friday the 13th) at a court house. Alice became the mother I sometimes wished I had and she treated me like her own daughter.

She was about the age I am now when I first met her, and her funeral was last Wednesday, June 2, 2015. She was 84. She left this world peacefully, in her sleep. Her body just gave out.

This post is about Alice, and what she taught me about being a mother, a good host, and reflections on getting older. 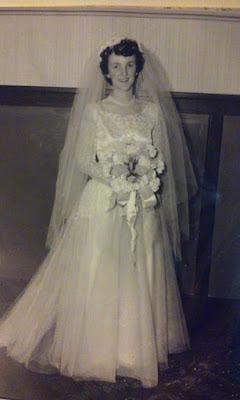 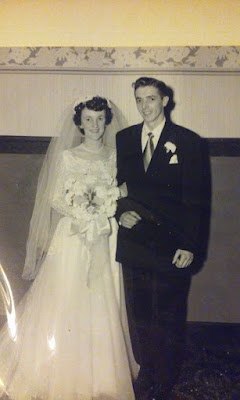 They were married in 1951, at least I think that's right. I don't know a lot of the wedding, but I do know that she was a stay at home mom while Bill worked 2 jobs and put himself through college. They got busy with 3 children and he rose through the ranks at Ford Motor Company, eventually becoming Plant Manager for the Windsor Plant in Canada.

She didn't drive for the longest time and walked everywhere with the kids in tow pulling a wagon. She dedicated her life to them and her husband until his death in 1994.

Alice was beginning to think she would never had grandchildren and then both myself and her daughter became pregnant at the same time. We ended up delivering just 3 weeks apart. Alice took me in and became a role model for nurturing. My mother didn't have a proper role model for demonstrating good nurturing and wasn't very good at it herself.


She loved her grandchildren and her heart was big. We always had holidays at her house and it became clear to me that I was lacking as a good hostess. She taught me how to make guests feel comfortable and welcomed.

One of things that I've begun to notice is how people to talk about the difficulties in life with respect to the hard things in life - raising children, getting older. We walked about aging several times during our lives together.

I would go with her to visit Bill's mother who was in the nursing home. She was a shell of a woman, waiting for her life to be over. Alice always said she never wanted to be that way. Alice spent the last 2 years of her life in a nursing home - becoming what she never wanted.


This is her and her youngest daughter Gale. She was very young here - but when she turned 60 we talked about growing older. The conversation stuck in mind. She was always so conscious of her appearance and looked her best everyday. She looked great for 60. She told me was upset and anxious about being 60. I reassured her that Joan Crawford was past 60 and still looked amazing.

She shook her head slowly - not convinced. She knew she would not be able to convey her feelings to me - 30 years her junior. I was in my 20's and age was not even conceivable to me. It was the small comments that she made about her changing body that left an impression. They were never large gestures - just small conversations.


We never did talk about sagging skin, dark spots and a general awareness of aging in our bodies. Then there's also the pains of menopause - migraines, hot flashes, memory lapses and those battles. We talk of them - but you never know how absolutely horrid they are until they happen to you. 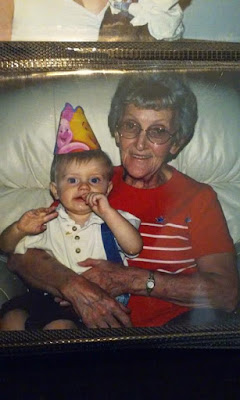 Youth gives you a sense of immortality, an arrogance about who you are and that all melts away with the realization that you will become one with the earth again.

Alice continued to care and nurture her grandchildren and great grandchildren through the years always putting their needs in front of hers. We stayed friends even after her son and I divorced just 10 years after marrying.

Alice was survived by 3 children, 5 grandchildren, and 4 great grandchildren. Here's to you Alice, gone but not forgotten. We will miss you.

Posted by theTechGrandma at 5:33 AM