I signed up with the Shutterbugs to go shoot the Fool Moon parade for April Fool's day in Ann Arbor. Eileen was unavailable, so I high railed Holly and Logan to go with me. 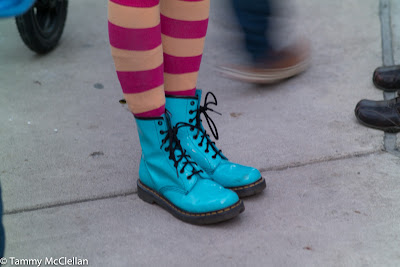 I really thought hard about how we should get downtown. With a festival and the popularity of being downtown on a nice night, I knew the traffic would be super heavy. 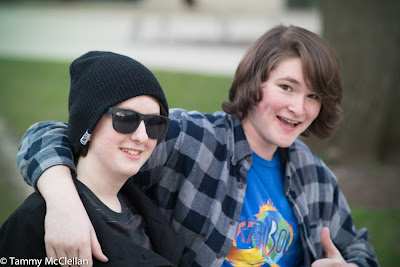 Logan was not a fan, but he reluctantly agreed to drive his new girlfriend and mom downtown. Such a brave lad. Such a brave mom for trusting a new driver to get us there safely. Outside of the few quick starts and stops, he did great. We found a spot to park and began our trek to the Art Museum in Ann Arbor. 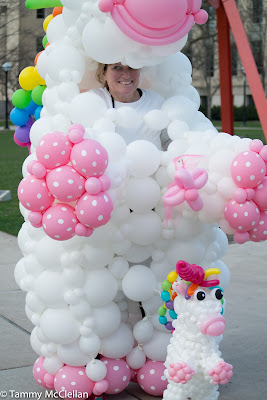 The mission was to photograph the artists that line up outside the Museum. The first to show was this lady. She made this costume herself and is the proud owner of Pop Designs and Creations. She demonstrated how it lit up. She was so cold waiting for others to show. 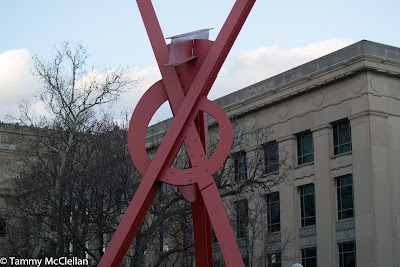 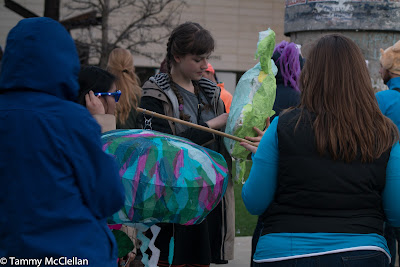 There were 3 different spots around Ann Arbor where people would meet up to begin their parade. 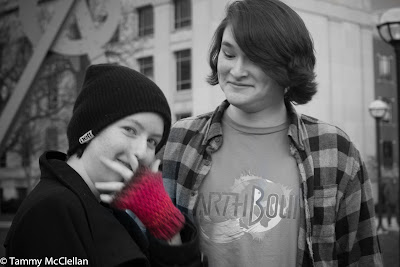 At exactly 8PM, all groups would start their parade to a party spot at the same time. 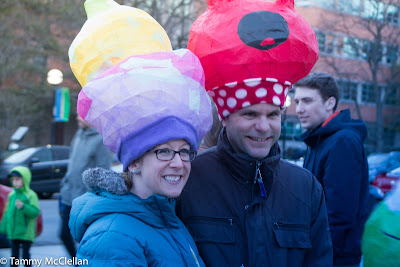 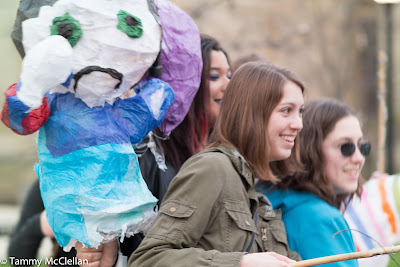 And I moved between people to get candid shots. 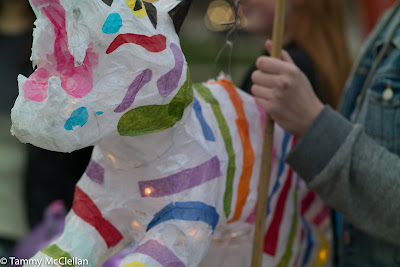 I loved seeing the creations. 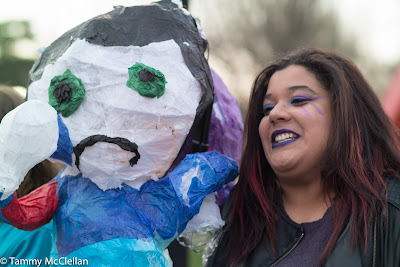 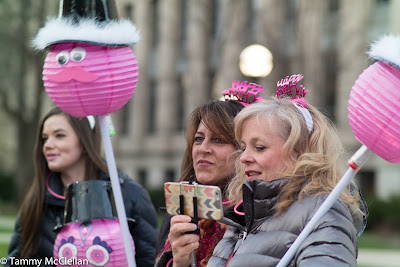 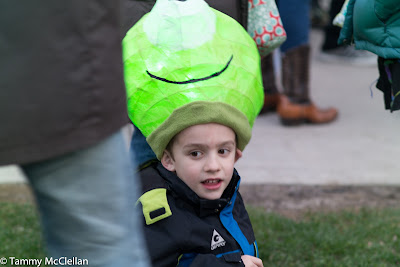 Finally we set off to parade around Ann Arbor. 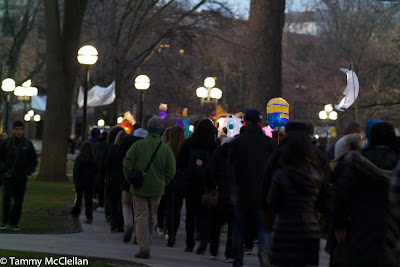 The crowd of people grew as we walked and everyone on the street wanted to know what was happening. 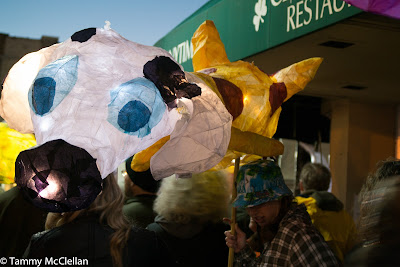 The had a section blocked off on Washington street where the groups all met up. 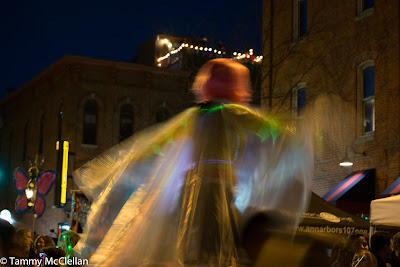 It was most amazing thing! So many people with their luminance's. A DJ kicked out dance tunes and everyone was dancing! 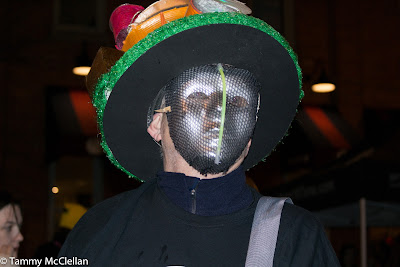 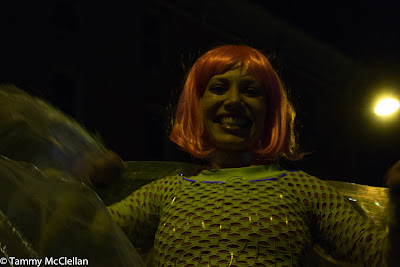 This lady was on stilts. 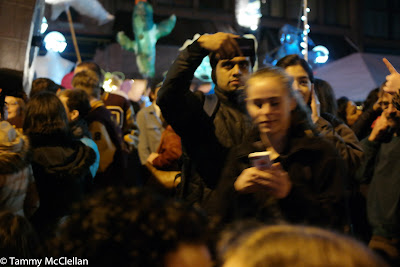 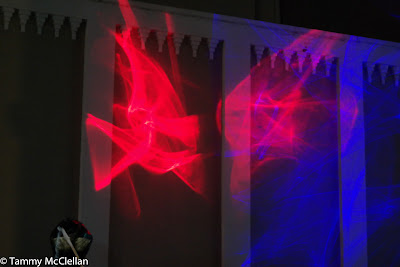 We finally left and wondered around while I tried to figure out where the heck we parked. Only took a few wrong turns. Got my steps in though.

It was really fun. Most of my pictures were pretty terrible, but I got in some practice time on shutter speed and ISO settings.

I think Holly and Logan had a good time too.
Posted by theTechGrandma at 5:45 AM