first shutterbug - u of m

Eileen and I signed up for a Shutterbug meetup in Ann Arbor. So after staying up til midnight the night before working on the double wedding ring quilt, we headed out the door at 6:45 to meet other camera enthusiasts to take pictures at the University of Michigan campus in Ann Arbor. 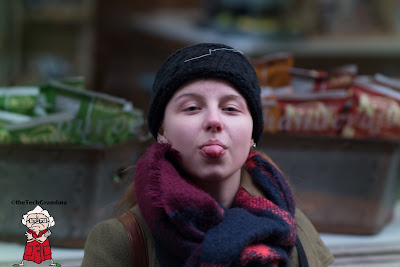 I watched the news for the weather and it would be in the mid 20's during the morning. Michigan weather had been quite nice the past week and I thought, "it'll be fine." I just grabbed my winter coat - no gloves or hat. Eileen ... was much smarter. 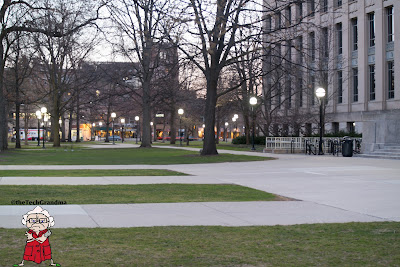 We met Patrick who was an very nice young man with 2 very impressive cameras. "Hey", he said. We'll take some pictures of the Angel building and then move over to the Nickels Arcade. Just set up your tripod and take pictures." So we did. 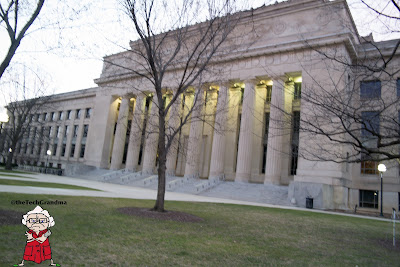 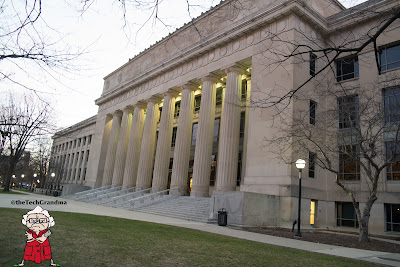 I was soooo cold. 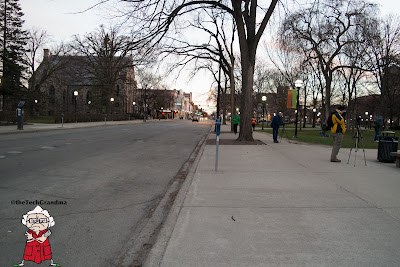 Eileen and I longed for the coffee shop across the street for some hot chocolate and coffee. 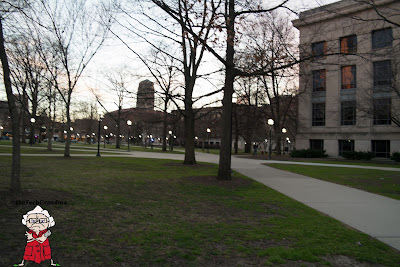 Twilight was still in effect as we roamed the campus. I was using my kit lens to get a wider range. 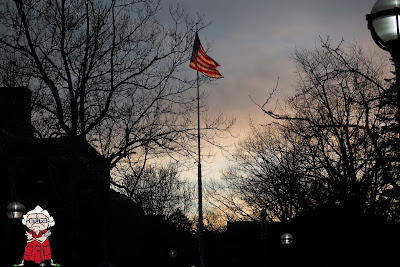 We rounded the corner and I was met with a beautiful sky along with our flag (your welcome Julia!). I popped on my telephoto lens. 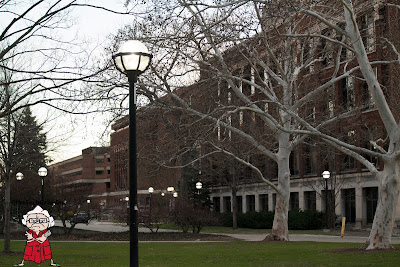 After a few more shots, we headed over to the coffee shop, Espresso Royale where we got a muffin and some hot liquids. F.i.n.a.l.l.y .... warmth. 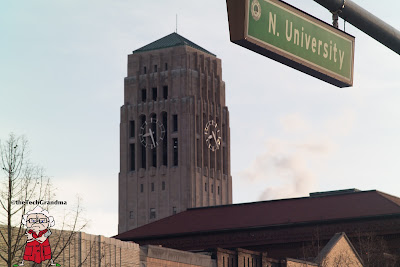 After the feeling returned into my hands and the stinging left when I held the hot cup of coffee, I went outside for a few shots. 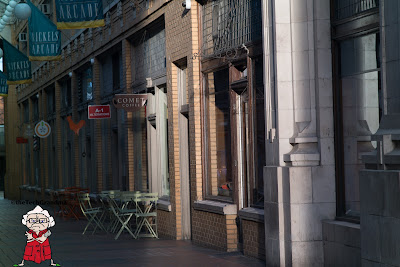 Patrick says that the sun rays will begin to hit Nickels Arcade soon and we should gather,....so we did. 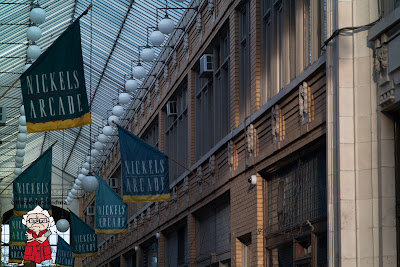 The sun began to bounce off the walls of Nickels Arcade and lit up the archway. 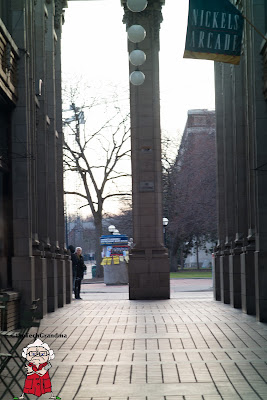 I went further inside to get a shot from there. I watched the other photographers and looked at their pictures in their cameras realizing I was lacking in spotting great composition and use of filters.

Patrick sauntered up and looked at the lens I had just popped on because ... well....it was new. My new Rokinson, 85mm portrait lens. He began to get excited about the lens. "Oh I love Rokinon!", he exclaims. Then paused ..... "oh an 85mm. Portrait lens. Hm." and with that sauntered back away. Kind of felt a little stupid at that moment. 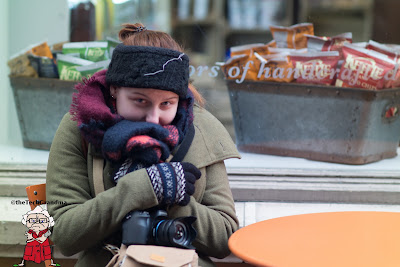 So I grabbed Eileen, huddled within her winter clothing and took a few shots of her.

As the group headed off to another architecture marvel in Ann Arbor - we decided to go home. It was just too cold. The experience was exhilarating and I would totally do it again (in warmer conditions). Matter of fact, I signed up for the next meetup.

We headed home to get ready for the wedding shower.

Posted by theTechGrandma at 6:50 AM