Burke's nephew Matthew was getting married. He's marrying a lovely young lady Ashley. I got the bridal shower invitation in the mail and put it in the back of my mind to think about what to get them for their shower. 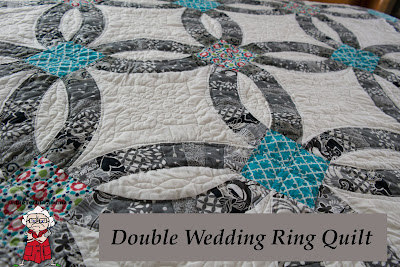 She was registered at Sears and Bed Bath and Beyond and looking over the list of items on the list, I wondered whether they would have any of these items on their 20th anniversary. I noticed they had a queen bed and it looks like their bedroom colors were a modern blue and rose. A double wedding ring quilt it is ... 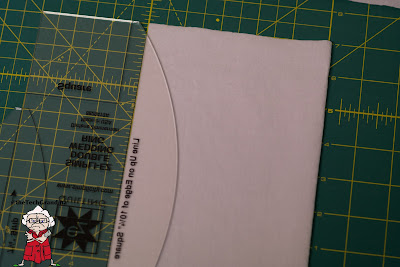 So I text Burke, "we're making Matthew a double wedding ring quilt and it make it more special if you helped." "OK", he replied. He wanted to do something special for Matthew, his god son. 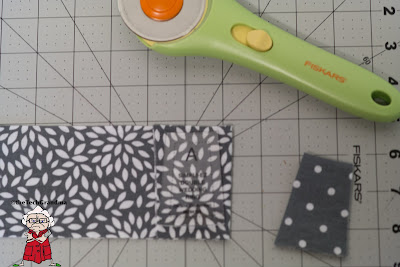 I had purchased the Simpli-EZ 8829419A Double Wedding Ring Quilting Tool last year and took it out. This would be my first double wedding ring quilt. 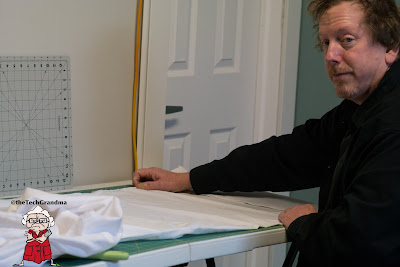 Burke had the job of cutting and I would sew.

In the middle of making the quilt, I finally figured out that audible books were the best. You didn't have video to pay attention to - only audio. My first book was "Smarter Faster Better: The Power of Habit" by Charles Duhigg. Amazing book! I would highly recommend it. The audio book was over 10 hours. I finished that one and most of another before this quilt was done. 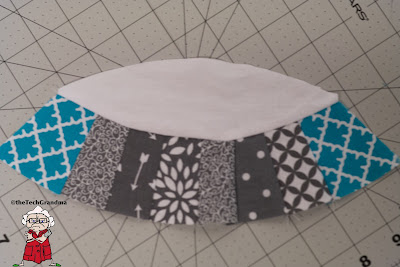 The double wedding ring quilt is made up of a bunch of small pieces which makes up these "footballs". 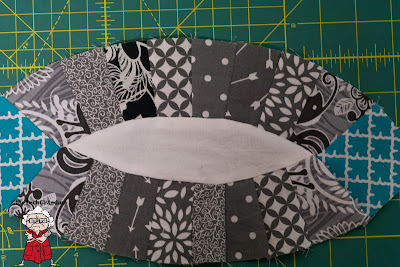 Each circle has 3 footballs, connected to a center piece - with the exception of the first row, which has 4 footballs. Each football has 19 pieces of material. 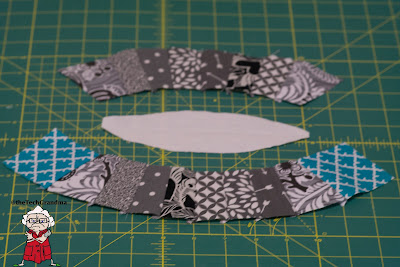 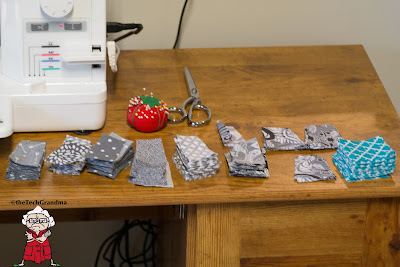 We worked in tandem with Burke cutting and me sewing. For hours .... many, many hours. We spent every free moment working. 12 hours straight days on the weekends. I even took a day off of work to complete. I had a schedule and I was trying to keep to it. 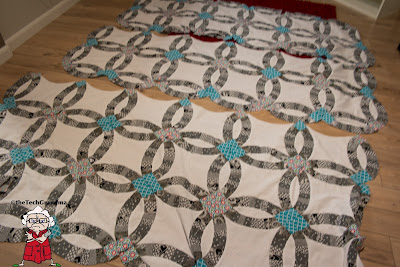 We worked on it every night after dinner until 9-10:00 at night. I took the day off work and had my rows all joined together. My plan was to embroider a center piece with their names and date of the marriage. I also wanted to quilt our names on the back, when tragedy hit. 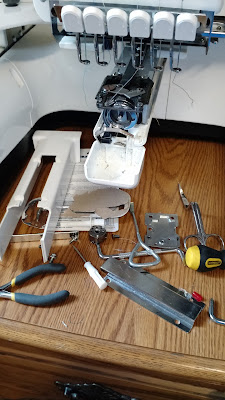 As I was setting up my embroidery machine, I set the date as 5/7/16 and then thought for a second and changed it to 2016. Yea, classier.

I began embroidering and then I heard it - a loud grinding noise. NOOOOOOOOOOO! Just 2 letters left to go and it died.  The 16. If I had went with 16, it would have completed before grinding to a halt.

I spent the next 3 hours trying to figure out why my Brother PR600 wasn't making a full cycle.  I couldn't take the hoop out and I couldn't go any further.

Tears welled to my eyes. We had worked so hard... I called my sewing guy. Yep - I would have to bring it in. Yep, I had done everything I could to get it running. 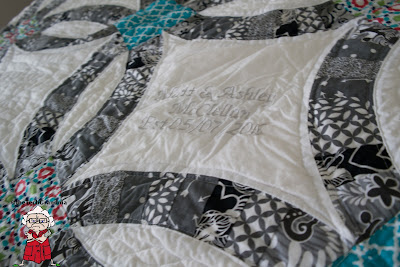 Plan B had been to give the quilt to them as a wedding gift, 2 months later. But .... I really wanted to give it to them for their bridal shower where the family could enjoy seeing the quilt too. This would not stop me .... I took the hoop out and hand sewed the remaining 16 on the quilt. Totally ugly, but hand done. And ..... homemade quilts should have flaws. 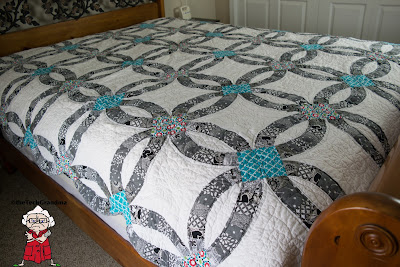 So I went on....  Once the top was done, Eileen and I sandwiched the batting and back and topping and pinned away. Eileen had already completed transferring the hearts to the center pieces using a water solvable pen and a template. I had 3 evenings to complete the quilting. 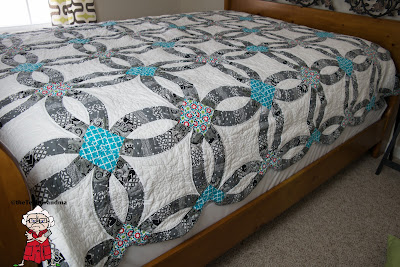 Staying up every night until 11PM - the quilting was finally done.

On Burke's day off, he had gone to the store - bought more fabric for the binding and then made the binding himself. He did a great job and was so proud of himself when he was done. I showed him when I met him for lunch how to do it and it picked up the ball and ran with it. 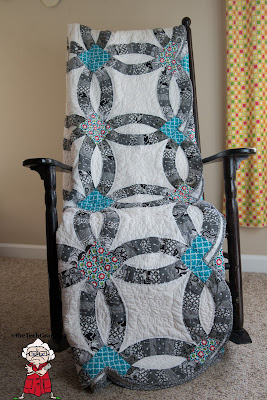 All that was left was the binding. That Friday after dinner, work and school - we had ourselves an old fashioned sewing circle. Me, Burke, Eileen, and Holly sat together in the living room from 7:30pm watching movies and making fun of each others stitches until after midnight, finally completing the quilt. The quilt .... was completed. 2 weeks....

Months earlier, Eileen and I had signed up for an early morning photo meetup group in Ann Arbor, so at 5:30 AM the next morning we set off. I threw the quilt into the washer before leaving. Once we returned at 9:30am, I dried it, created the card, wrapped it and was ready to go by noon.

The card took the most time .... here's what I wrote, I emailed the words to Burke. He emailed back .... that brought tears to my eyes.

During the civil war through the Great Depression, the double wedding ring quilt was made by families in preparation of a celebrated wedding. It was a token of two people joining together to become one story even when gold rings were unavailable. The quilt was usually pieced together using old clothing of the couple and was considered to be good luck for the marriage.

In celebration of that idea, our family came together to create this quilt for you.

It comes with a story of its own creation. It has occupied our family time together, overcome challenges, has flaws, but is made from strong fibers and a solid base. It’s ready now to accept your story and the stories of your future generations.

Wishing you happiness and good luck in your new story! 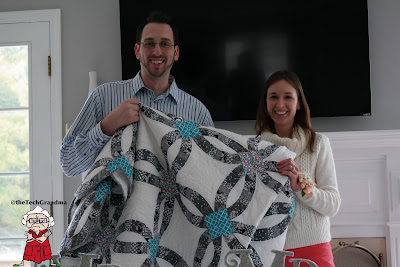 So congratulations to the happy couple - here's wishing good luck in their marriage and many happy years together. They sure are cute ...

Posted by theTechGrandma at 7:14 AM