Jackie has called Matthew "Bruce Wayne" since he was born. She never worried about him stating, "he'll be fine, he's Batman".  Matthew was born premature and also had to have emergency surgery when he was about 1 month old.

I was at my mother-in-laws for Christmas and my niece had made one for her son, who is exactly the same age as Matthew. "Well, I'm stealing the idea!", I told her. She told me she fond it on Pinterest, The next time Matthew was over with his carrier - I made one. 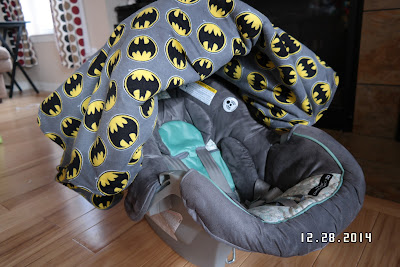 I went to the fabric store and found some batman material. I had to do a batman one and now we call it his bat cave. :) 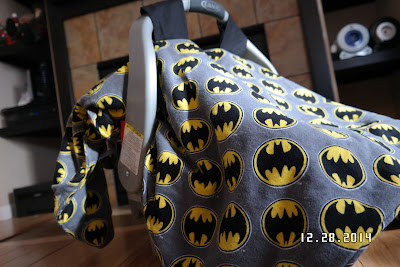 Here's the link for the detailed instructions on how to make yours. It is nicely done and filled with a lot of step by step instructions. It's done by a young lady named Chelsea, and her site is Life With My Littles. 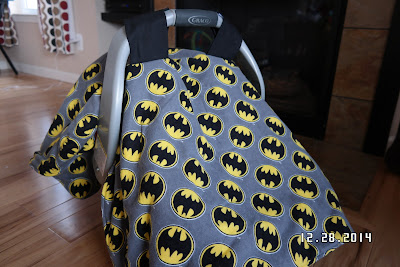 The only thing I did differently was put a piece of fleece in between the 2 pieces of flannel. It can't be too warm with our Michigan winter. And warm it was .... I used it in the car seat when he took a little catnap and when he woke up - he was sweaty. 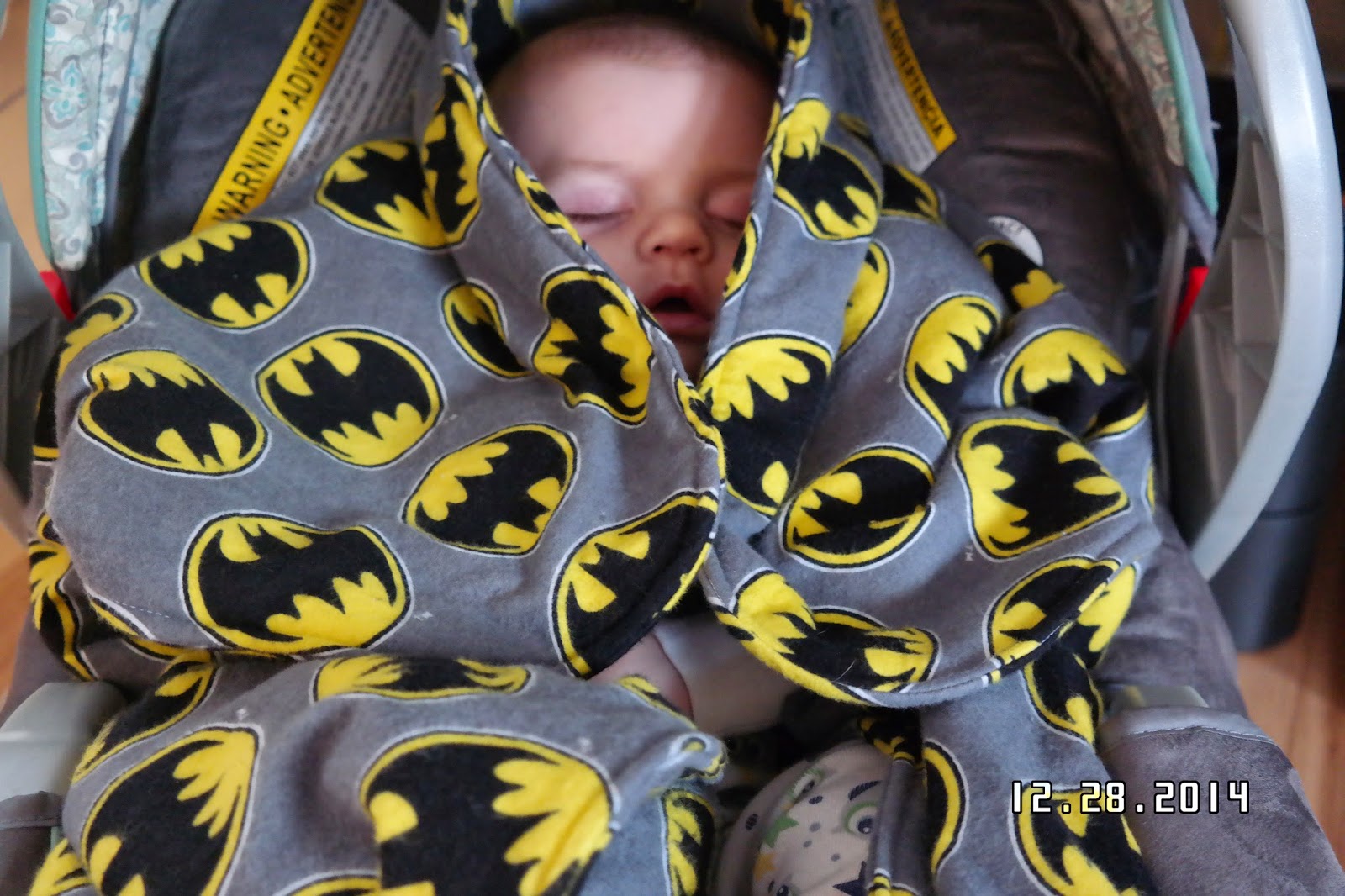 So now, our little Bruce Wayne has his very own bat cave.
Posted by theTechGrandma at 2:21 PM