We pick up the story from the previous post, filled with hope and looking forward to building our dream home. Josh Doyle Homes had become our builder and we had even met the infamous Josh Doyle - which was not a good move on the sales agent's part. 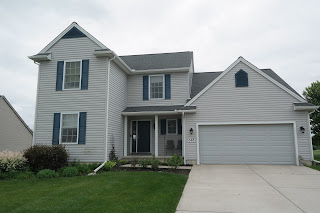 We had sold our house in Saline and made a very nice profit, so we were ahead and things were looking good. The agreement was made to be out of the house by the end of July so we got busy packing. 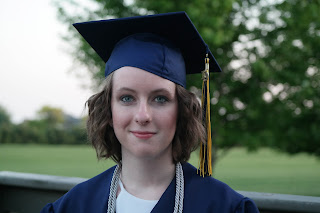 This big thing happened - Holly graduated high school with honors. Burke and I were so proud of all her hard work, she made honor roll all 4 years of high school. We pulled off graduation and a graduation party, while packing and cleaning. I was also into my second month of recovery from hip replacement, so things were moving slowly.
We made a quick decision to move into Orion Mainstreet, Luxury apartments in Ann Arbor next to the football stadium. We signed a 9 month agreement at an exorbitant price and starting moving right around the fourth of July. We would come to laugh every time we saw Luxury apartments, cause - well that was a joke. More about them later - and there greed during a pandemic.
The verbal timeline was roughly April time frame to be in our new home - so we settled on the 9 month lease and waited. The sales agent assured us we would be in before our 25th wedding anniversary. "Oh no problem - you'll be in WAY before May!" We wanted to have a party in our new house and barn for our anniversary. And thus, it all began.
I should have turned around and ran when we had our meeting with Josh Doyle. It was late in the evening and we had drove an hour one way to meet him. He was less than enthusiastic and even offered up that this was the last place he would rather be. He was condescending and quite full of himself. It was as if he was doing us a favor by allowing us to buy one of his plans and having him build the home. At one point I even asked him how we could make his life easier during this process? (**Sigh)
The plans were lovely and we were able to find one that suited us. A few changes and we were good. Working with the coordinator on estimating and pricing was fairly straight forward and painless. We added lots of fluff to the contract to accommodate changes and allow us some wiggle room. 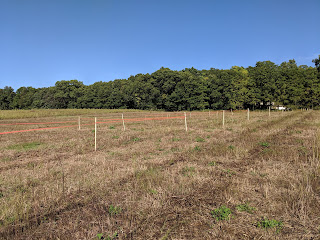 We closed on the house and the construction loan and started the permit process. This was July and so far we were behind $50,000 in realtor and mortgage fees. We would spend the next 6 MONTHs getting permits, address assignment and such. The biggest obstacle was our driveway permit. This involved an application, and securing someone to cut down some trees. All of this was the homeowners responsibility. I really felt that we were left in the dark here, stumbling to find our way out. Once the loan was secured and the contract was signed - it was as if we didn't exist. No one checked on our progress, no one held out a helping hand to see where we were at, no one offered assistance. So know this going in - you need to become an expert in permits and site work.

We did not anticipate this and then it was January 2020. Six of our 9 months had already gone by and we hadn't even broken ground. We amused ourselves by laying out stakes and figuring out where the house and barn would be.

Our dream home had started down the path of a full blown nightmare.

Posted by theTechGrandma at 5:18 PM