I don't know if I stated this before, but Aunt Dottie was an avid photographer. Some of the best pictures of our family was taken by her and her daughter, Barbara Gale.

During my mom's visit in June she asked if we could go to the Salvation Army thrift store, so we went in look for treasures. I found 2 16x20 blank canvases for $5.00 and put them in my stash of crafting treasures. 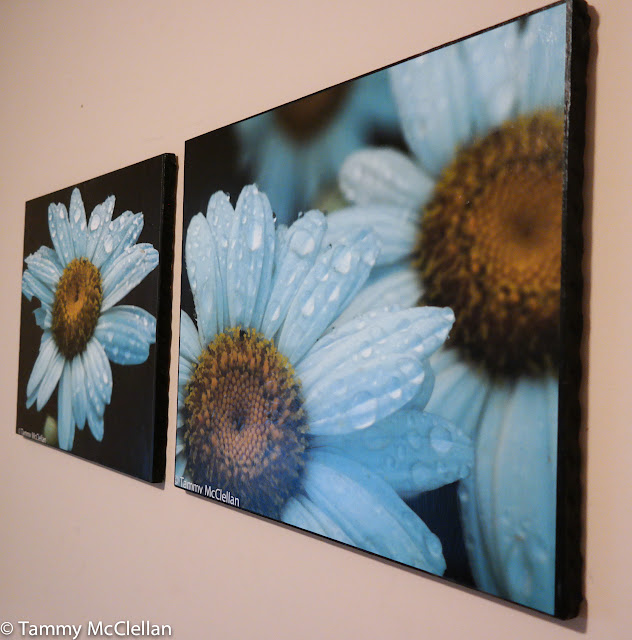 I actually intended to paint something on them and when I started thinking about what to paint, I brought up my online photo album to look for inspiration. 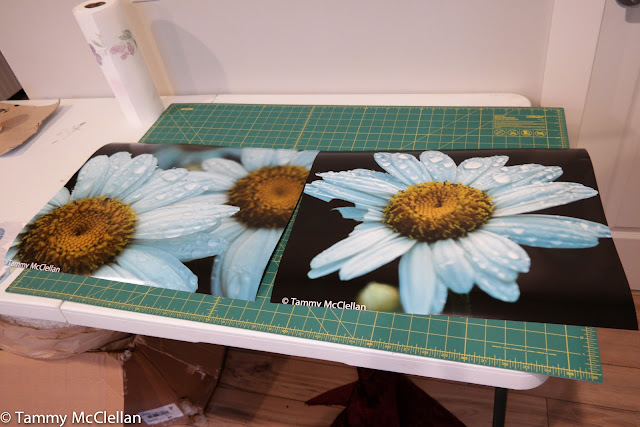 I realized that I had some pretty cool photos. At first, I thought about reproducing a photo using paint on the canvas. Then my attention turned to just using the prints themselves. I mean .... why keep them all to myself? So I sent them to Walmart to have prints made - 16x20. It cost me $26.00 total for both prints.

These photos were taken at Gallup Park in Ann Arbor, when I signed up myself, Mom, and Julia for a Shutterbug Meetup. It was a really great time that we spent together and with other Shutterbugs in the area. We met some very cool and interesting people that day. 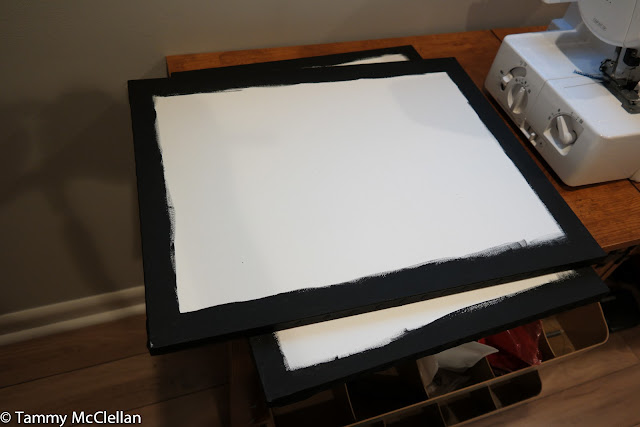 Julia helped with this project. We both grabbed a canvas and some black acrylic paint and painted the edges and framed out the front. 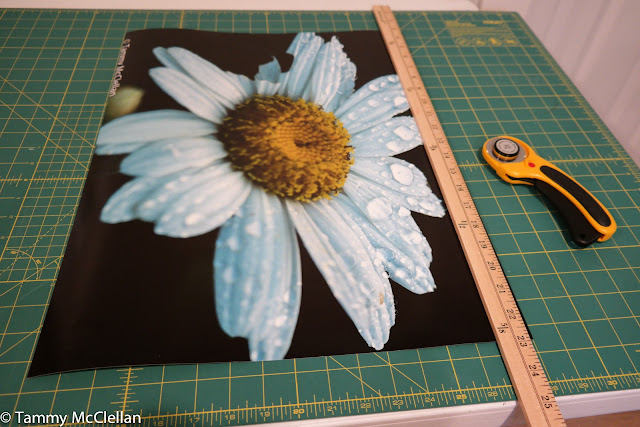 I cut the photos down just a tad to fit neatly inside the canvas with a 1/4 inch border so the black on the canvas came through. In the process, I ended up cutting my finger and didn't even realize it until I saw what I thought was red paint. Ewwwww 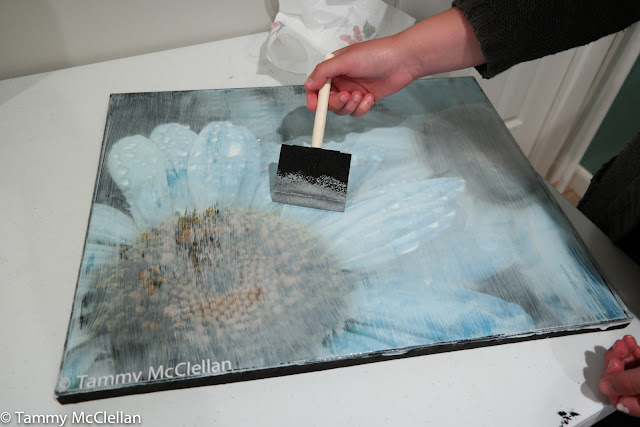 We brought out the Modge Podge and throughly coated the canvas. I mean throughly, doubly making sure all areas of the canvas was coated. Don't be fooled by this picture which shows only the topcoat on the print, but there is a nice coat under the print too. 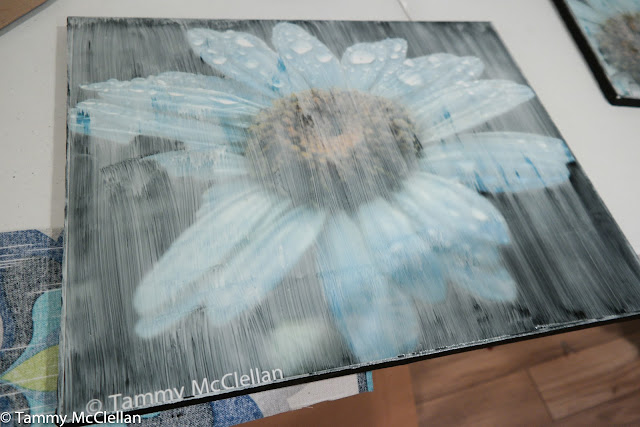 I used the Modge Podge matte finish on this. We put the prints on the canvas and pressed all the air bubbles out. Then we put a nice coat of Modge Podge over the print. I let it dry for 24 hours. 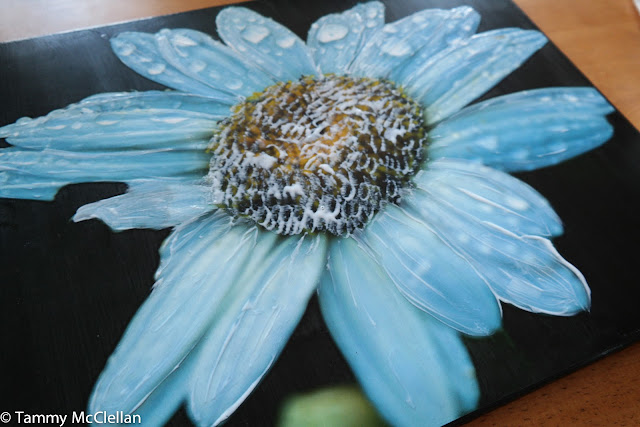 You could clearly see the brush marks from brushing on the Modge Podge, which was cool - gave it a painted look. I thought ... what if I used that to give it more of an artist look? 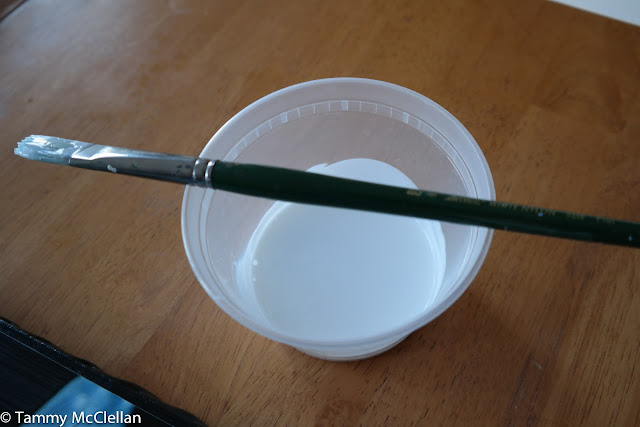 So I put some in a cup and let it stand to thicken up a bit. Not too much that it became clumpy. I let it stand for about an hour. 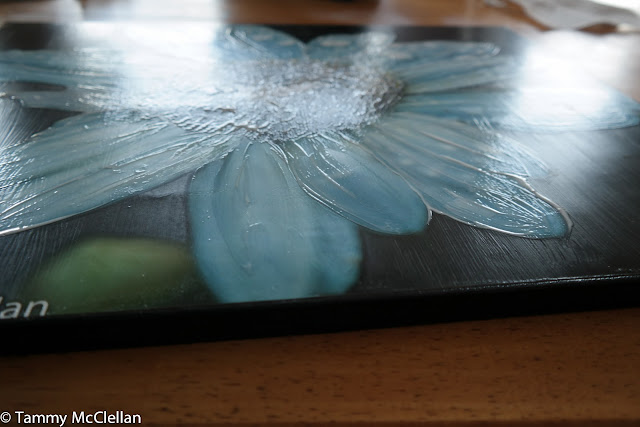 Then I let dry for another 24 hours.

So that all the water in the Modge Podge cured and was ready to hang. 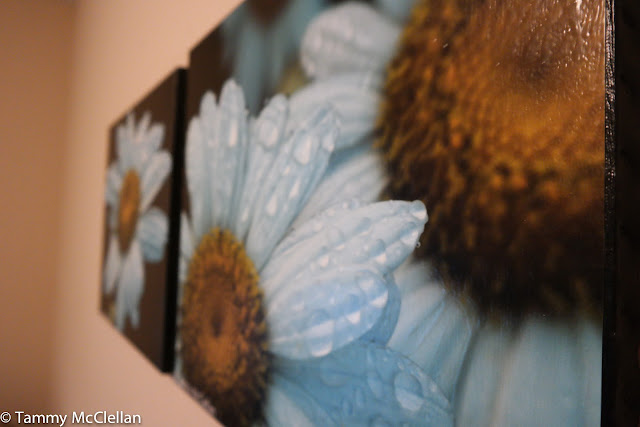 After some internal debate on where to hang these, I finally decided to hang these in my office. I still need some new art for my living room, so I'm thinking still about painting.

Frankly I love the look of oil paints, but hate the smell and use of turpentine. I found (and ordered) some Oil of Spike Lavender which is suppose to be a non-toxic solvent and medium. I'm gonna give that a whirl.

I really like the way these turned out. It was a great way to create some art using my own photographs in an inexpensive way. I'm thinking this would be great on some family photos.

Posted by theTechGrandma at 6:12 AM